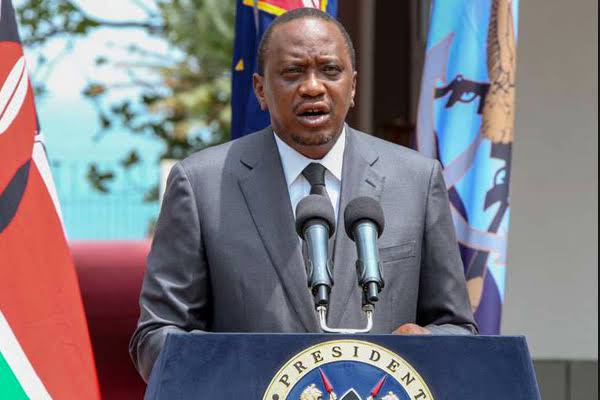 President Uhuru Kenyatta is taking no chances in shaping his succession. After a two-day tour of his Mt Kenya stronghold, Uhuru is set to make a big announcement this evening.

The president has invited all vernacular radio stations from the Central region to State House for a chance to interview him. He also intends to talk to his backyard supporters concerning his departure from the highest office on the land.

Although the exact agenda of the meeting has not been disclosed, the Daily Nation has revealed that Uhuru will most likely give the final declaration with regards to the Tuesday presidential poll.

He will divulge what really transpired between him and his estranged deputy William Ruto who is also the Kenya Kwanza Alliance presidential candidate.

Uhuru, like the second president of Kenya Daniel Moi, has been deeply involved in his succession asking his vote-rich backyard to vote for Azimio La Umoja One Kenya coalition presidential candidate Raila Odinga. He is in fact the chairman of the Azimio Council.

Yesterday while in Murang'a and Nyeri counties where he was launching development projects Uhuru told the residents to ignore Ruto because although he has "sweet words," he is a liar who cannot be trusted.

He additionally informed them that Raila would win the election by a landslide because every region was behind him warning Mt Kenya not to risk being in opposition by voting for Ruto.

His press release comes after the Independent Electoral and Boundaries Commission, IEBC chairman Wafula Chebukati announced the closure of political campaigns for all candidates. Any candidate found campaigning 48 hours before the election will be contravening the Elections Act therefore at the whims of disciplinary action.

Just In;ICC Makes A Morning Announcement On What They Are Going To Do Following The Death Of Gicheru

William Ruto Promises That His Government Will Award Ksh. 3,000 To Any Kenyan Who Will Do This

Manyaro: Even At 90% Down, Fuliza Would Still Be Theft, Give Us The Hustler Fund That You Promised

RIP: Photo of Apology Letter Student Wrote to Her teacher Before Commiting Suicide