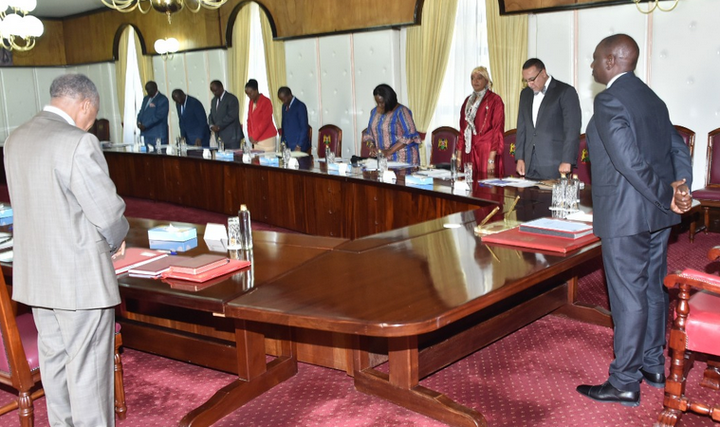 President William Ruto's move to have a meeting and make decisions with Former President Uhuru Kenyatta's Cabinet Secretaries, despite having nominated his own CSs has elicited mixed reactions across the political space, with concerns on whether the president is within the law to transact any business with the outgoing cabinet.

Some of the leaders who have raised such concerns have quoted a ruling delivered in 2021 by Justice Antony Mrima who said that the tenure of a CS comes to an end when the president who appointed him or her retires.

Speaking with NTV on Tuesday, Constitutional Lawyer Kipkoech Ng'etich said that the president was in order, and within the law, since the constitution has given him time to put his house together probably three months after elections. 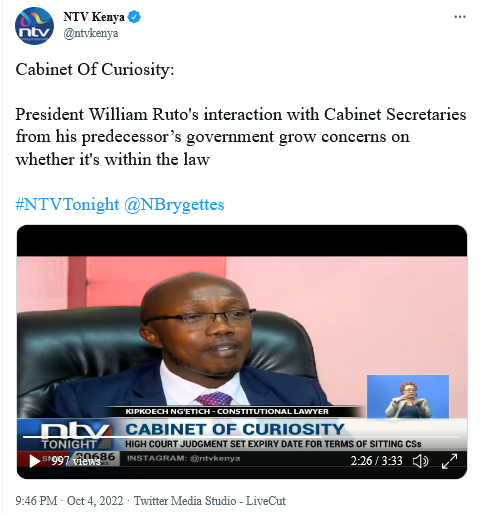 He added that the constitution do not contemplate a situation where the new president and his deputy can run a government without CSs just because the person who appointed them has retired.

"You cannot have a situation where the president do not have cabinet secretaries. Those the CSs who served under Uhuru Kenyatta has a mandate until new cabinet is formally appointed, but their duties is supposed to be exercised sparingly since they are in their twilight days in government."

Ng'etich's remarks were echoed by Makueni Governor Mutula Kilonzo Junior who said that there are issues such as drought and security that cannot wait until a new cabinet is vetted.