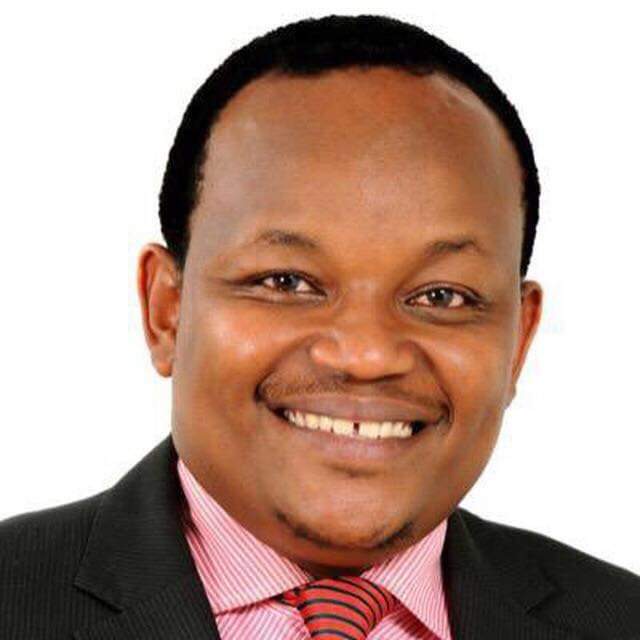 Kenyans have reacted after Nyeri Town member of parliament Ngunjiri Wambugu posted this on his Facebook page.

Through his official Facebook page he posted "I actually thought this headline was fake ,"

He is a big critique of the depity president William Samoei Ruto's presidential bid in the August polls. 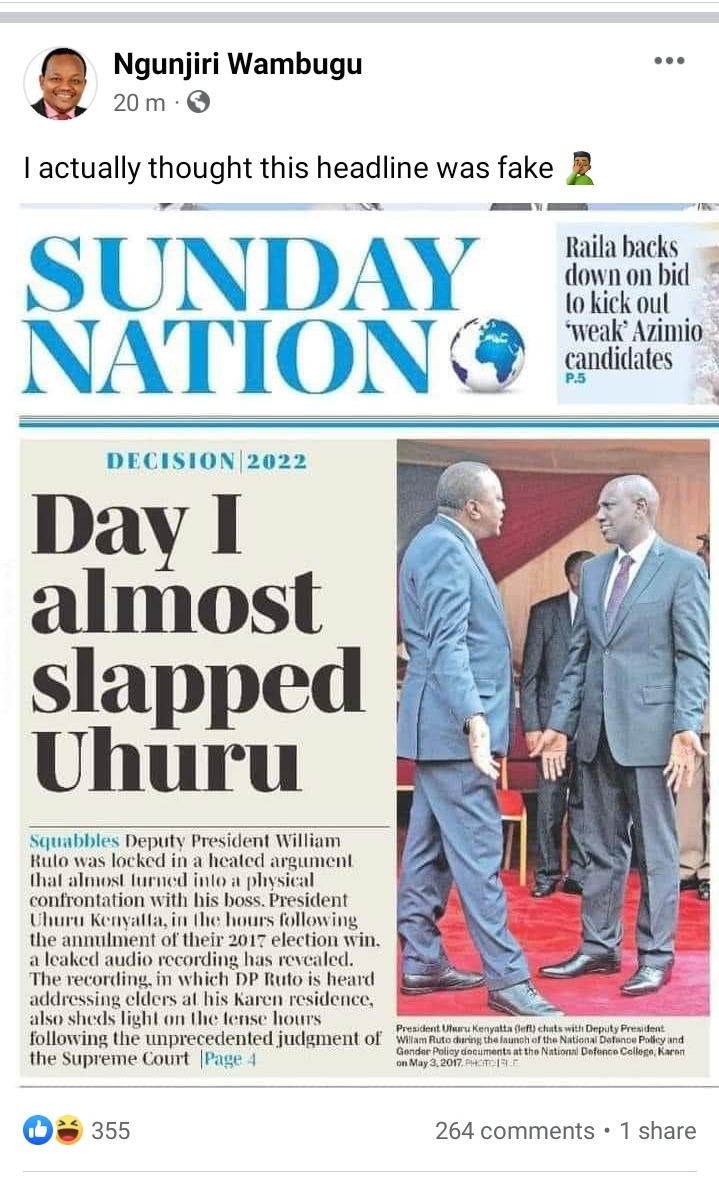 Ruto has declared his interest for the presidency but his bid has been rubbished by the dynasties led by COTU secretary general Francis Atwoli, and Jubilee party vice Chairman David Murathe terming him as corrupt and cannot be trusted with the country's leadership.

He has promised to campaign for Odinga untill he clinches the presidency.

Veronicah Mbetu says "Ruto will lose many people/votes, how come he had a chance to slap president and he let the chance go🤔🤔🤔,"

Diana Bahati shares Adorable photos of her when she was a baby.

I Birthed Myself. Diana Marua Shares Her TBT Photos As She Shows Striking Resemblance To Baby Heaven

Most Romantic Male Celebrities In Kenya