By CommentatorNews (self meida writer) | 6 days Few minutes to 10am this Tuesday morning, Air Tanzania plane carrying President Samia Suluhu touched down at the Jomo Kenyatta International Airport ahead of her two day visit in the country.

The news of her planned meeting had already been made public two days ago and thus Kenyans were keen to see what will happen at the airport as far as welcoming her is concerned.

Alighting from the plane accompanied by her female bodyguards, Suluhu was received by Foreign Affairs Cabinet Secretary Raychelle Omamo. Missing in action was President Uhuru Kenyatta to receive his guest and at this point one would question why he did not send his Deputy William Ruto to represent him.

However, of importance to understand here is that President Suluhu is coming to the country as Uhuru's guest and thus Kenyatta was right to send his foreign affairs Cabinet Secretary to represent him as their meeting is also based on discussing good ties between the two nations. 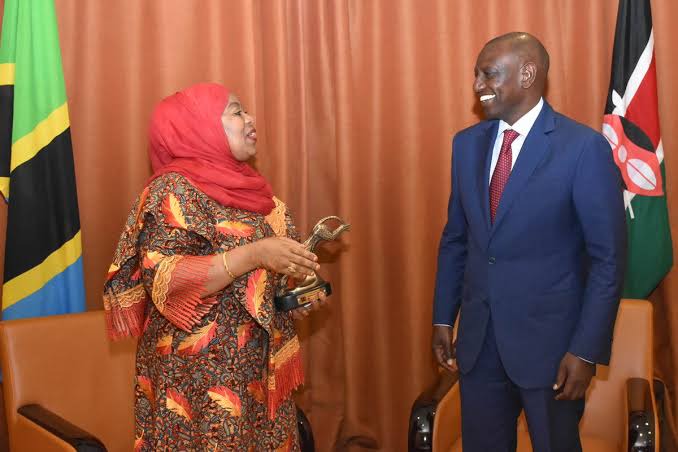 If it were maybe a political event involving the whole government then DP Ruto could have been sent but for this one she is just a guest to President Kenyatta and not his whole Executive.

Secondly, Ruto cannot do the welcoming if he did not receive an invite from the State House Secretariat and in this case he did not get one. Therefore, it would be odd of him to show up uninvited in the name of being the second in command.

How TSC Has Taken Automation A Notch To Curb Examination Malpractices

Kenyan Female Celebrities Who Got Married By Nigerian Men

If You Spot This Type Of Birds Anywhere, You Are A Millionaire, See How Much They Cost

14 Days For Quarantine Once You Arrive In The Country From UK Is A Must.