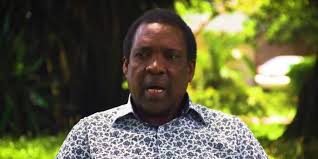 President Uhuru Kenyatta has been on the forefront in Uniting the former NASA principals ahead of 2022 general election when he is set to retire.

Prior to the court of appeal ruling on BBI, the president had met the OKA leaders Musalia Mudavadi, Kalonzo Musyoka, Gideon Moi, Moses Wetangula in a bid to unite them behind Raila Odinga.

Having met them twice at statehouse Mombasa, Uhuru reportedly tried to convince them to support Raila since he is the only strong candidate who can challenge Ruto.

However, the efforts proved futile although there were plans to hold another meeting after the rulling on BBI. The meeting is yet to take place.

Political analyst professor Herman Manyora opines that Uhuru could have abandoned the whole issue of rallying the OKA team behind Raila because they have already "dug in".

Speaking to KTN news, Manyora said althouh both Musalia and Kalonzo know that they can't even make a strong third force, they have just decided to become stubborn.

He further said that Uhuru has left Raila to emerge as a presidential material through his individual efforts of reaching out to supporters countrywide but Support him from the background.

Do you agree to with Manyora that OKA team won't mount any serious challenge in 2022 general election? Feel free to share your thoughts and comments on this on our comments platform.