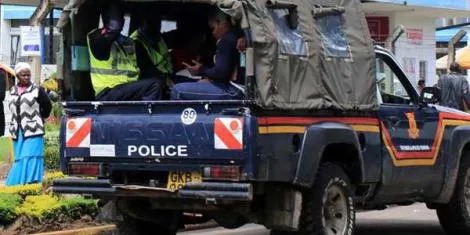 David Gikaria, the Member of Parliament for Nakuru East, has been arrested for reportedly engaging in a brawl with supporters of one of his opponents during the ongoing General Elections.

The MP caused chaos during the time that voters were queuing to cast their votes at the polling booth located in the Naka Primary School, Nakuru county.

A video that was taken before the arrest of the MP showed police officers engaging in a heated physical confrontation with the legislator who was said to have become rowdy after he was denied a replacement ballot for the Governor's seat. The video was taken before the MP was arrested. 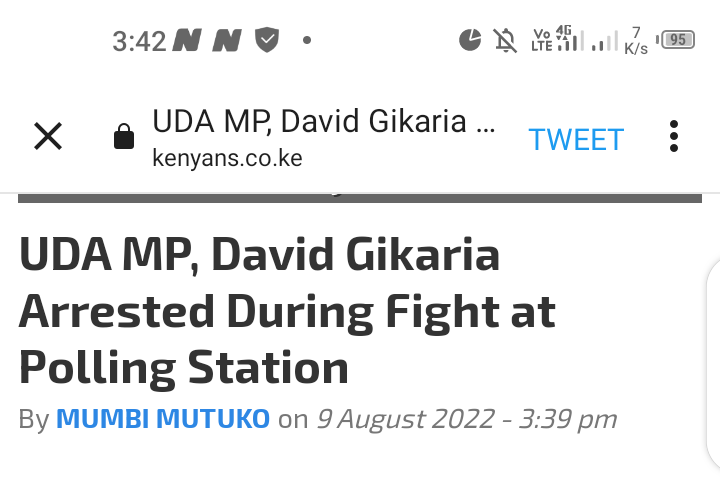 Gikaria,the UDA MP, allegedly made a mistake on the first ballot, and he was not given the opportunity to acquire a spare ballot, despite the fact that the laws doesn't allow that.

Already,some aspirants for various elective seats have been arrested for causing chaos at the polling stations.