By SiasaLeo (self media writer) | 7 months ago 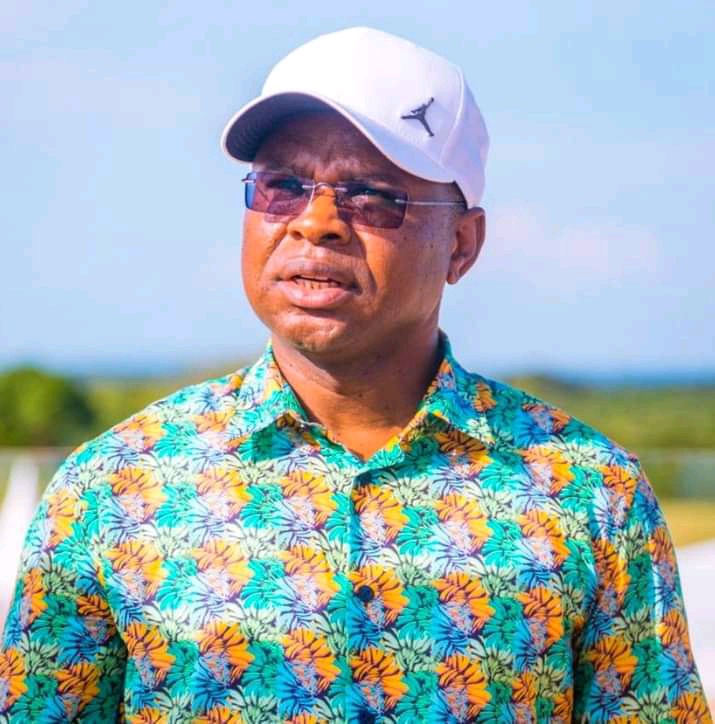 Kilifi governor Amason Jeffah Kingi found himself in trouble when he went to donate food to needy residents of Ganze in his county. The second term governor who was accompanied by Kilifi North constituency member of parliament Owen Baya was heckled by residents who are believed to be Orange Democratic Movement party supporters.

During the exercise, transport cabinet secretary James Macharia, Kilifi county commissioner and a number of transport Ministry's officials were also present for the opening of Bamba-Ganze-Kilifi road, however the team disappeared immediately protests began.

The protests began when the food donations program was turned into campaign platform for the newly formed PAA which is led by Kingi, every speaker was booed and the exercise could not continue, when Kingi took to the platform to calm the residents, non was willing to hear from him, he was heckled until he gave up, he only informed those who were in need of his donations to follow him to Ganze sub county headquarters but non was interested in his donations.

The team was not pleased how Kingi and his team conducted the exercise, they argued that the program being under county government was not supposed to be converted to campaign platform. Source: Taifa Leo 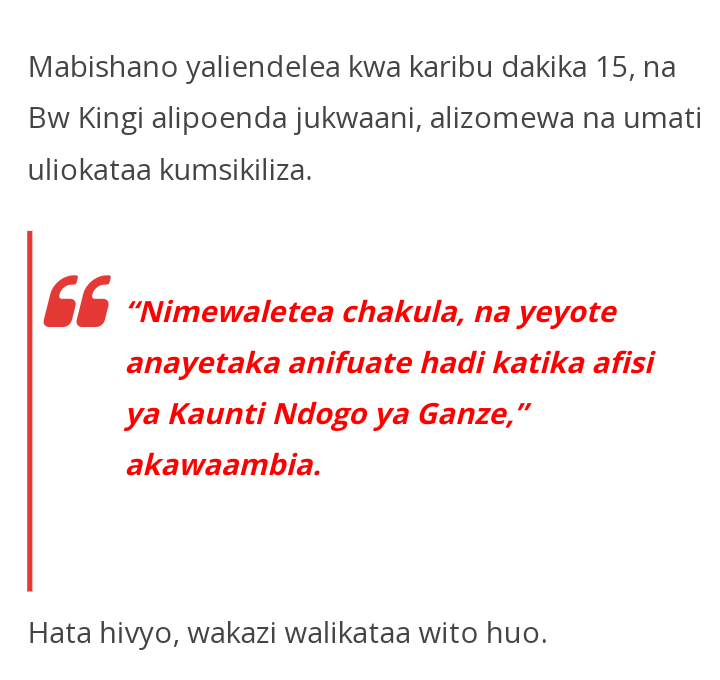