The four individuals led by chairperson Juliana Cherera was called in order to contest the outcomes declared by Wafula Chebukati, chairman of the Independent Electoral and Boundaries Commission.

They claimed that although the general elections on August 9 were managed as efficiently as possible, the last stage of results verification was opaque.

At the hurriedly scheduled news briefing at Serena Hotel, she was joined by fellow commissioners Irene Masit, Justus Nyangaya, and Francis Wanderi.

Despite promising to release a thorough statement later, Cherera declined to answer any questions from the media. Cherera explained the following reasons why they decline results: 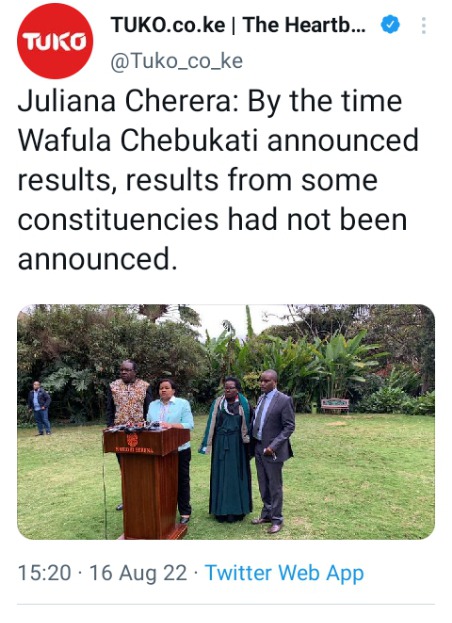 1. The aggregation of the percentages of the results scored by the four presidential candidates as declared by Chebukati presented to them were mathematical absurdity.