In a press conference at the Serena Hotel on Tuesday afternoon, the IEBC Vice Chairperson Juliana Cherera said Chebukati's total aggregation of the votes cast was in excess by 0.01 per cent, representing 142, 000 votes. She added each percentage scored by each candidate and from her addition, the final percentage was 100.01% which is a big error from Wafula Chebukati final tally. She said that the aggregation of the results declared are a mathematical absurdity that defy logic. 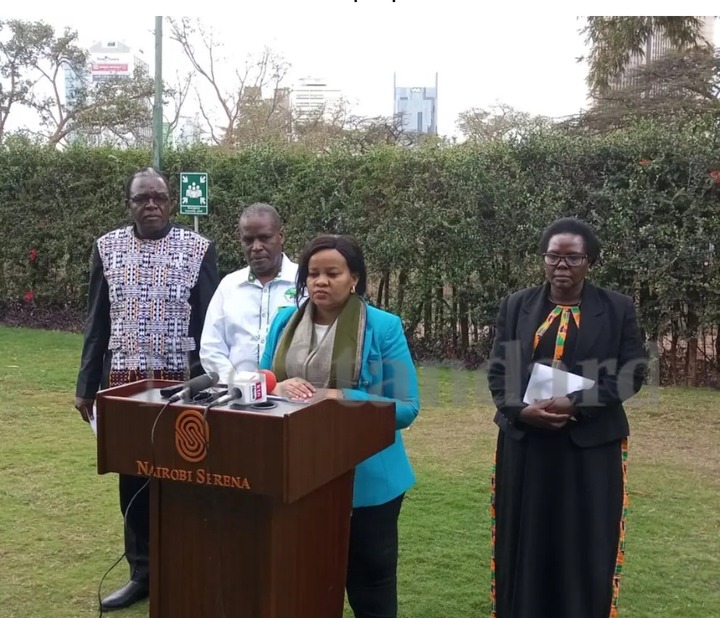 In addition, Cherera revealed that the commissioners demanded that they verify the results but the chairman declined and insisted on declaring the results. She said that they do not own the results from Chebukati. She maintained that they took an oath of office to defend the law in the discharge of their duties independently and from this, they have remained faithful to the oath of office and that they shall continue to do so. 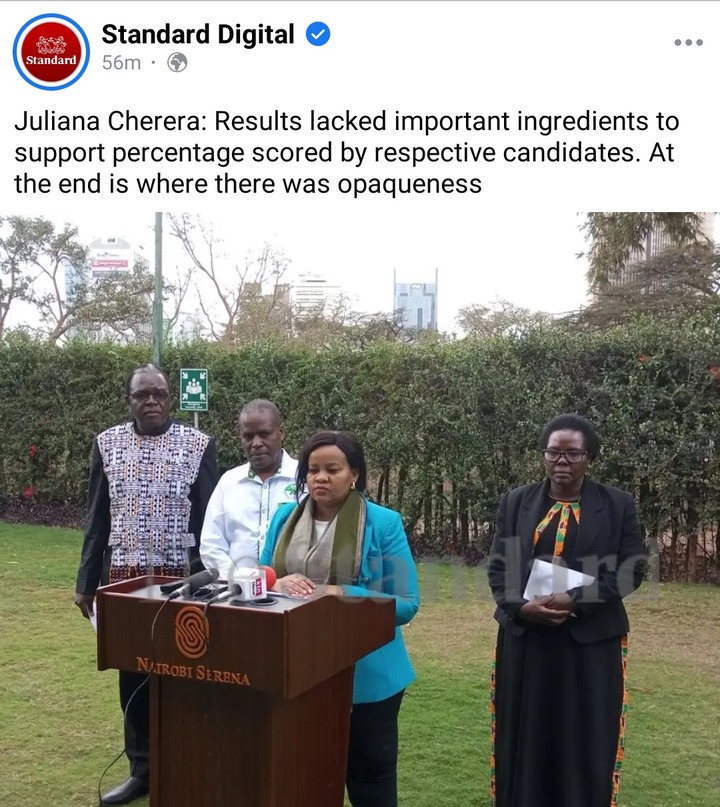 What is your take on this? Comments below.