By #Hotnews (self meida writer) | 2 months

Murang'a senator hon Irungu Kang'ata has Elicited mixed reactions after he Allegedly claimed that the Taifa Leo newspaper had won a reward for bold and analytical journalism.

While quoting the Wednesday's Taifa Leo headline, which made some Political analysis, Kang'ata cited that the Swahili Newspaper has made one of the bold move in the coming up with the analysis. "Taifa leo gets the award for bold and analytical journalism." Kang'ata wrote.

According to the analysis, Taifa Leo Allegedly Revealed that the Orange Democratic Party leader Raila Odinga has found himself in a situation which happened to him during the Moi and Kibaki era where he was promised Political support but he was short changed for other candidates.

Now that the Former prime minister has a handshake deal with the current president Uhuru Kenyatta, Taifa Leo questioned whether the same history can repeat itself which will see Mr Odinga being played again.

People have expressed different opinion on Kang'ata's remarks on awarding Taifa Leo some citing that he is only supporting them because the headline suits what he may want to hear. Others however said that the former prime minister should by now be smelling betray and make the necessary step. What's your take on this. Kindly share your view and follow for more updates. 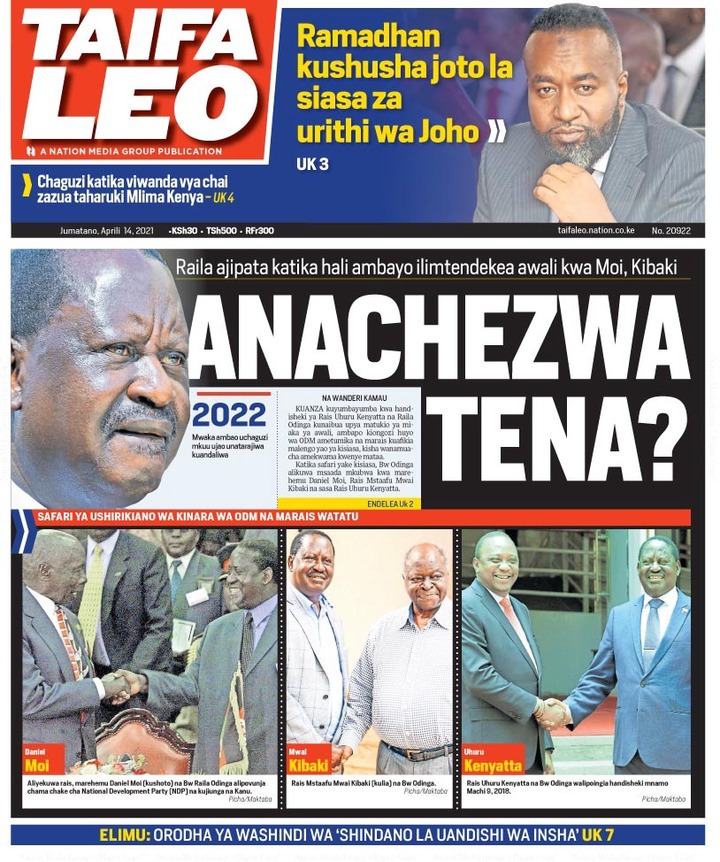 "I Love Jemutai So Much, I Still Spend Nights In Her House" Prof. Hamo Confesses Love To Baby Mama

Irungu Kang'ata Reminds Uhuru of This Warning, Says the Following