As Kenya is gradually striding towards the eagerly awaited August ninth general elections,Mount Kenya region has become so darling politically to the leading presidential contenders. Owing to it's vote-rich nature,the region is being hunted by both Deputy President William Samoei Ruto of Kenya Kwańza Alliance and Raila Amolo Odinga of Azimio La Umoja One Kenya Coalition party. 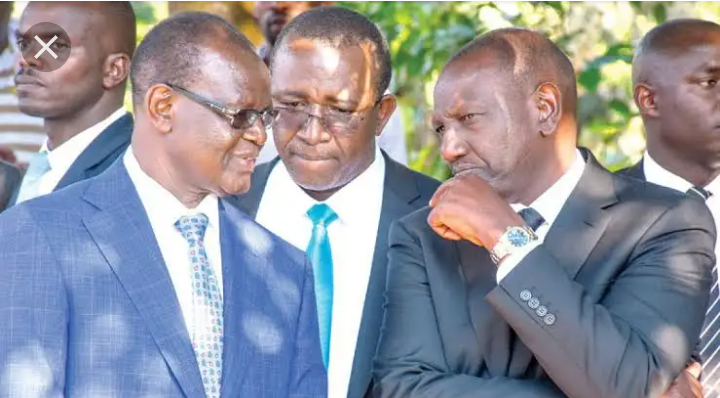 The duo have equally chosen their running mates from this region.Ruto has settled on Mathira Member of Parliament Rigathi Gachagua with Raila being Deputised by NARC Kenya party leader Martha Wangari Karua.

The duo too have host of political lieutenants who are instrumental in vote-hunt missions for their respective presidential bids. Despite this being the case,DP Ruto is presumed and perceived as having a hedge over Raila as far the backing from the region is concerned. Having left Kenyans guessing on his actual preffered presidential candidate,Meru governor Kiraitu Murungi seemed to be blowing hot and cold. He was even quoted in the recent past urging his backyard to vote whoever they wish for Presidency so long as they re-elect him as their Governor come August ninth.This move made many Kenyans especially supporters of Azimio raised eyebrows on the real worth of Murungi in the Azimio axis.

But in what has emerged as a sudden deviation from these assumptions and narratives, Murungi has now promised to hit the road to campaign for Azimio La Umoja One Kenya Coalition party presidential candidate Raila Amolo Odinga.

This latest move by Murungi could be a headstart for Raila in the vote-rich Mount Kenya region where he too is aspiring to reap big come August ninth. 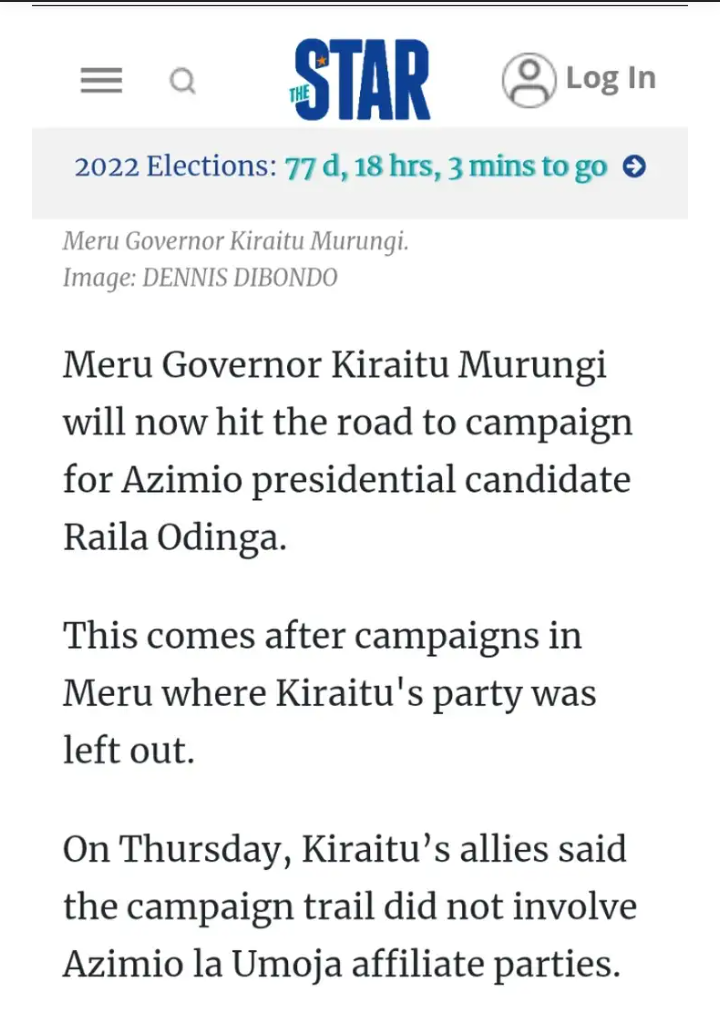