Following the threats from the ANC fighter honourable Cleophas Malala, the security has been tightened at the Bukhungu stadium stadium as thousands of people have started to chip in for the special day by Raila and Atwoli.

The former prime minister is eagerly being awaited for as thousands of locals wait to give Mr Odinga a warm reception at the stadium. Raila and Atwoli is expected to be accompanied by several leaders both from ODM, ANC and the Ford Kenya party. 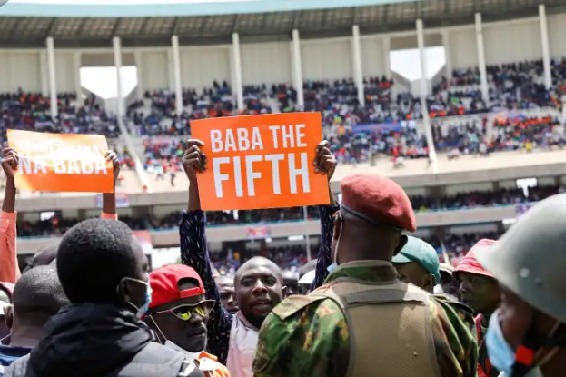 Among the leaders who are expected to attend include: Ayub Savula, Tim Wanyonyi, John Mbadi, Gladys Wanga and several other members and politicians including Kakamega governor Wickliffe Oparanya.

According to the report shared, Atwoli indicated that the security has been tightened and they expect that Mr Odinga will be given a warm reception as they announce the next Luhya community spokesperson.

In addition to that, it is still whether unclear if Musalia Mudavadi and Moses Wetangula will attend as speculation high that Wiper party leader Kalonzo and Gideon Moi are expected to feature in the today's high profile meeting at Bukhungu.

I want to See Your Votes, Raila Urges Women

What Residents of Karatina, Nyeri Did to DP Ruto as He Arrived For a Mega Rally With MP Gachagua

What Residents of Kilgoris, Narok County Did to Raila's Motorcade as He Arrived For a Mega Rally