By Cleopatranews (self media writer) | 3 months ago 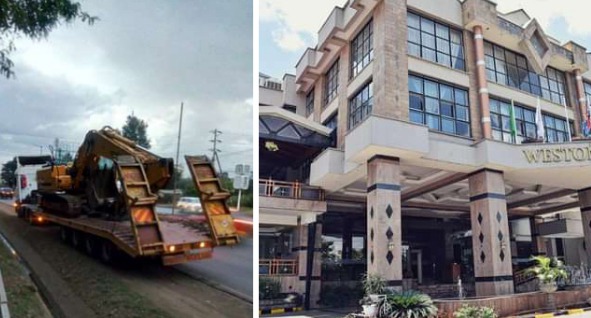 Reports to why deputy president William Ruto's Weston Hotel was not demolished as it had been earlier planned emerged online.

The information was revealed by a senior lawyer Ahmednasir Abdullahi through his Twitter page. Lawyer Ahmednasir confirmed that bulldozers had been sent to demolish the hotel. 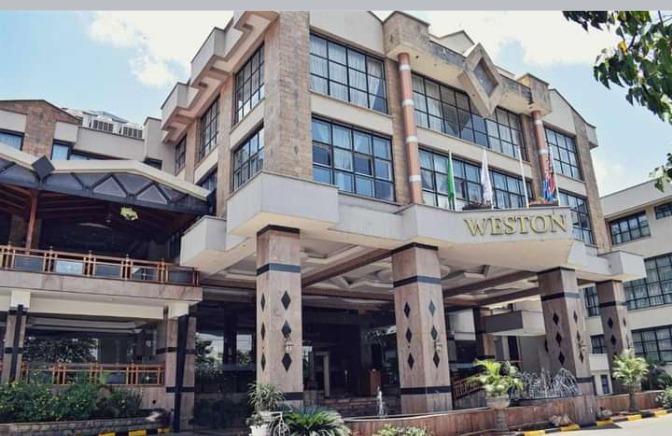 Rumors had spread earlier own about the demolition of the Weston hotel which is located along Langata road near Langata primary school in the Langata area. 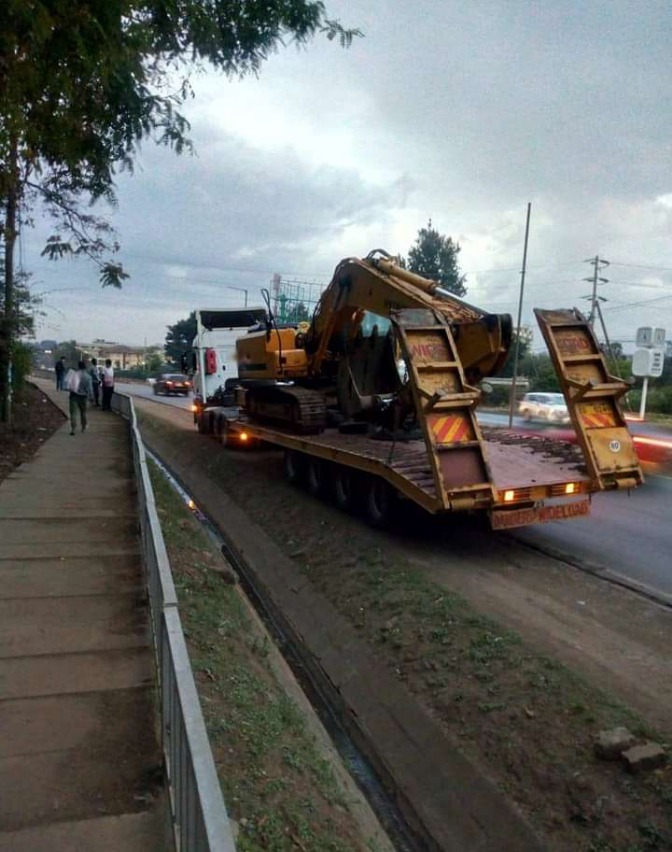 Reports indicated that the hotel was built on public land and cases to bring it down had been filled and the ruling was made. Several top leaders linked it to political wars while others supported it to be brought down. 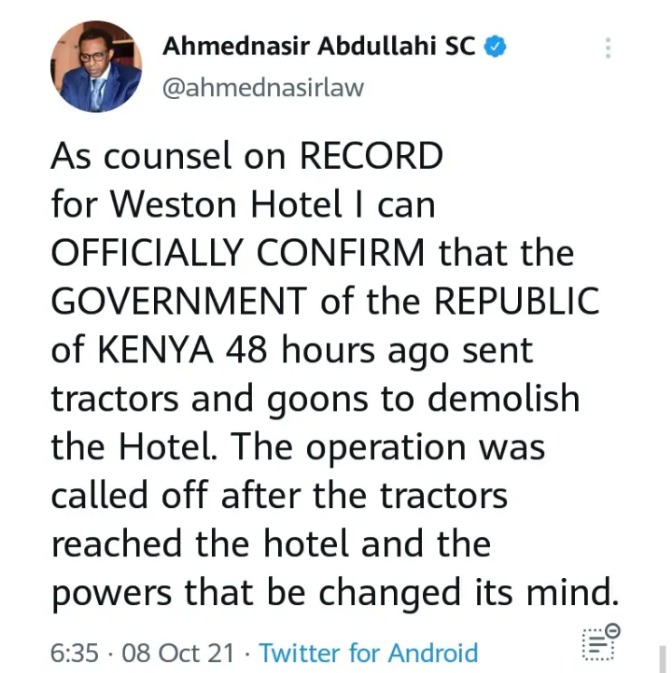 Lawyer Abdullahi revealed that the operation to demolish it was called off after the tractor reached the hotel the powers and authorities who had ordered changed their minds. Kenyans reacted with many calling for justice and fairness while dealing with such sensitive matters to avoid panic among them. 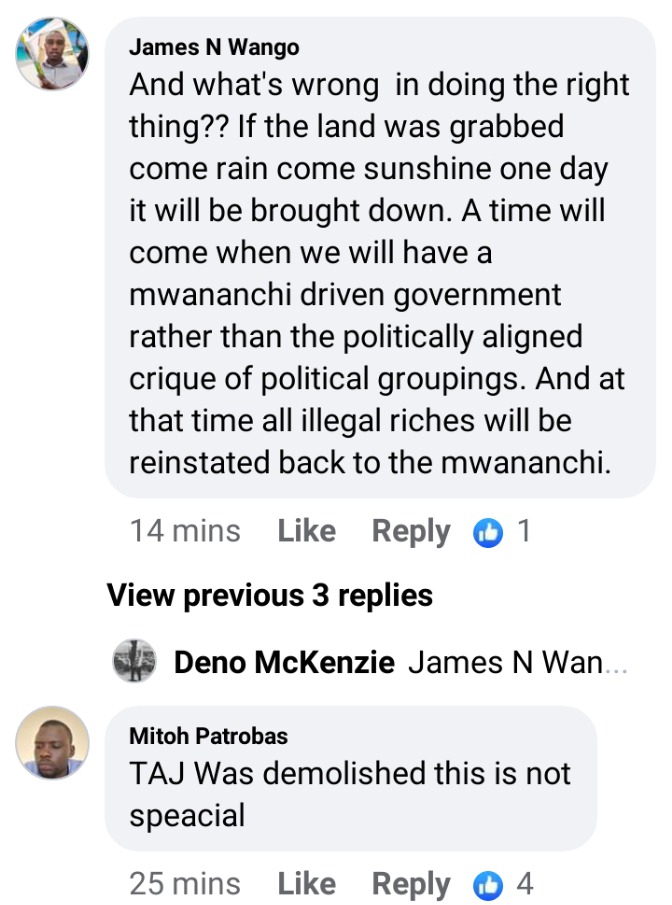 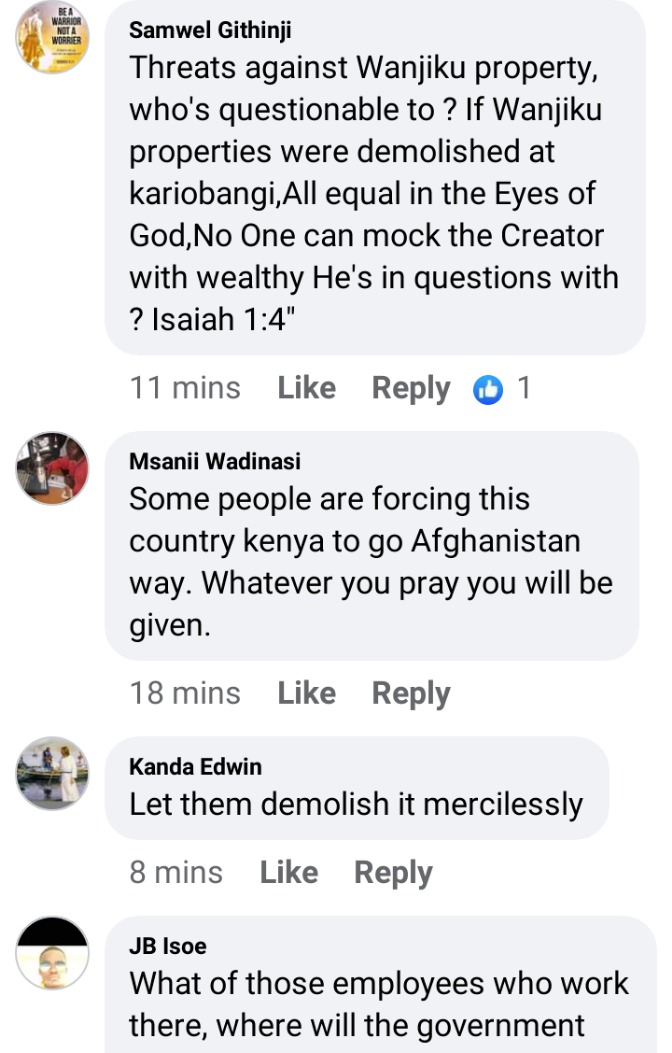