Education: Kenyans React After Nelson Havi Reveals The Instructions He Has Received On CBC System 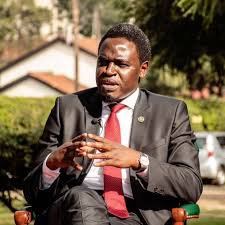 The Law Society of Kenya (LSK) President revealed the kind of instructions he has received about the Competency-Based Curriculum (CBC) as he promised to proceed with the matter.

The Competency-Based Curriculum is the system of education which was introduced by the government of Kenya to replace the older 8-4-4 system, which has been in place for decades.

Revealing the Matter, the LSK President announced he has received instructions to challenge the Competency-Based Curriculum system of education on the basis of what he hasn't revealed to the public.

Havi, while giving his view on challenging CBC, argued that he would proceed with the matter to the court from a point of knowledge of the government's position.

Havi wrote, "I have received instructions to challenge CBC in Court. Is it a concept related to the Basic Structure Doctrine and what does the Attorney General say about it? I propose to proceed from a point of knowledge of the Government’s position on the matter."

After the LSK President revealed this matter through his official social media platforms, many Kenyans react to his post as they this;

Clemoh: basic structure thing will be difficult for AG to comprehend. Just approach from a simple point of null and void and walk out majestically while pocketing.

Eng. Henry Mulyungi: On a fair understanding, CBC is really milking parents. Just inquire from your friend how much is costing to ensure a pupil settles in class.