Just in: MPs Adjourn Hearing Petitions Against IEBC Commissioners Amid Protests on Monday 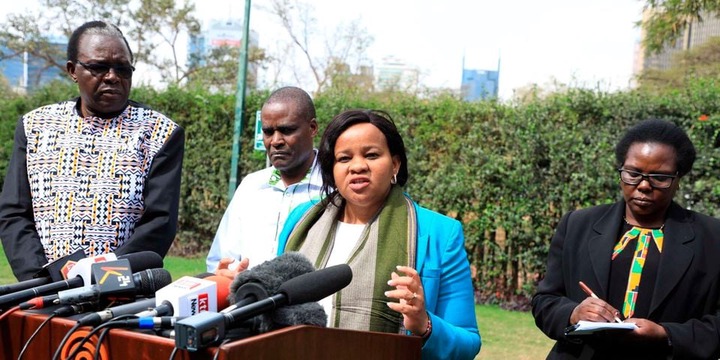 The Parliamentary committee hearing the petitions against the four IEBC commissioners have adjourned sittings to Tuesday to allow the defence team of vice chairperson Juliana Cherera to file a response.

"This committee is inclined to grant adjournment however it is not along the terms asked for but according to terms considered as fair by the Committee," Gitonga said. 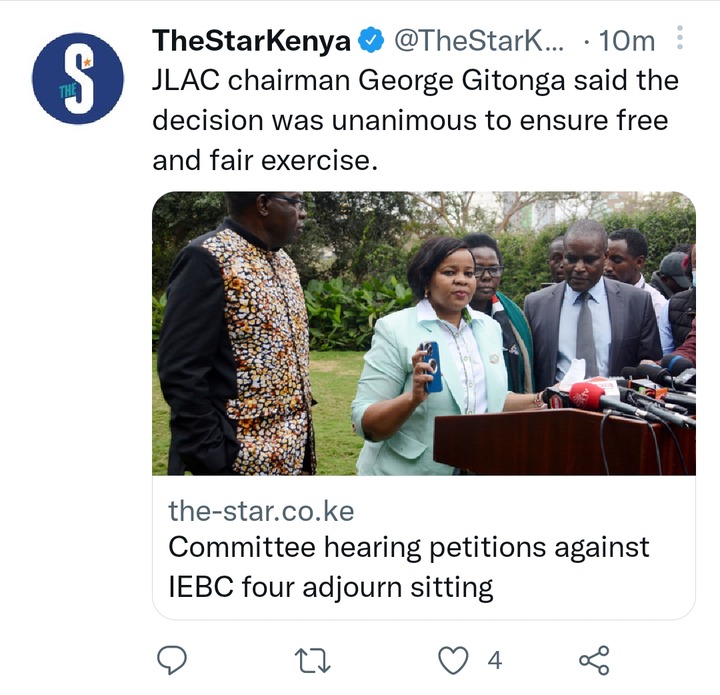 Although the committee had been requested to grant ten days, the chairperson of the Justice and Legal Affairs departmental committee noted that timelines could not allow this.

The Independent Electoral and Boundaries Commission vice chairperson Juliana Cherera has already changed her mind and has noted that she will take part in the hearings by the committee.

Last week, her lawyers together with her Azimio la Umoja One Kenya Alliance allies walked out of the hearings protesting the manner in which the process was being held.

As this happens, Demonstrators marched to Parliament Buildings to protest against a move to oust four IEBC commissioners.

Azimio La Umoja leader Raila Odinga has announced that he will hold public rallies to engage Kenyans on the ongoing probe of four Independent Electoral and Boundaries Commission (IEBC) commissioners by Parliament.

The four; Juliana Cherera, Irene Masit, Francis Wanderi and Justus Nyang’aya are being grilled after a petition was filed challenging their suitability to hold office, following their disowning of the August 9 Election presidential results.