Renowned United Democratic Alliance Movement party member honorable Kipchumba Murkomen has called out the IEBC Commissioners who claimed that the results which were announced by the IEBC Chairman Wafula Chebukati was wrong. 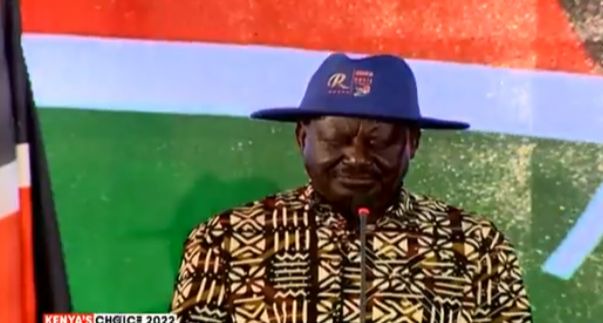 In a news report that has been shared by a reliable source of information, it has been revealed that the 4 IEBC Commissioners have claimed that the IEBC Chairman Wafula Chebukati did not give them enough time to compute everything before declaring Ruto as the winner.

According to the reports given by a reliable source of information, it has been revealed that the IEBC Chairman claimed that the deputy president of Kenya had beaten the former prime Minister of Kenya and Orange Democratic Movement party leader, honorable Raila Odinga who allegedly got 48% of the votes.

Taking to his different social media accounts to express his opinion and suggestions on the matter, Murkomen has accused the former prime Minister of Kenya and his team of making an error while computing these results.

According to the reports given by Murkomen, he claimed that the answers were wrong.

While reacting to his post, kenyans who took to their different social media accounts to express their opinions and suggestions on the matter have called upon the former prime Minister of Kenya along with his team to head and do all the maths in a court of law instead of on social media.

According to the reports given by most Kenyans, they claimed that it was so unfortunate that the former prime Minister of Kenya along with several politicians who are allied to the deputy president of Kenya are currently attacking each other on their social media platforms instead of heading to court. 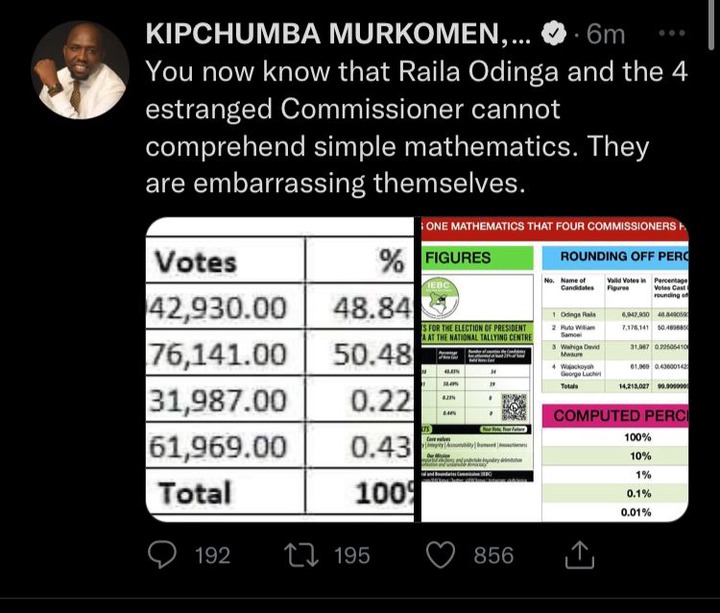