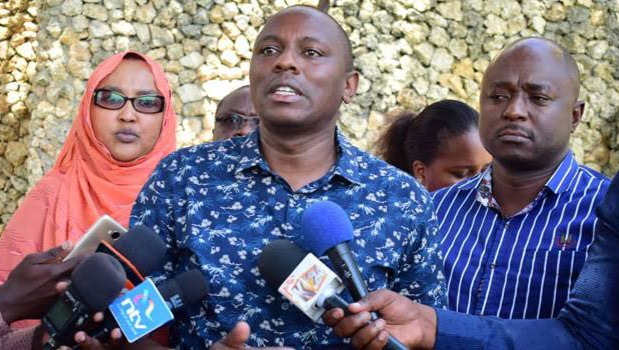 Kikuyu Member of Parliament was recently fired back after he made controversial remarks. Kimani Ichung'wah who is a vocal Tangatanga ally was attacked after allegedly making stinging remarks on Presidential Uhuru Kenyatta's speech. Members of the Parliament and Sentaors had been summoned by Uhuru to deliver a speech on the State of the Nation. Uhuru praised his Jubilee regime saying that Kenya has gradually moved from being the twelfth wealthiest nation to be the sixth in Africa. He stated that he achieved all these commendable work in a span of just eight years. President Uhuru Kenyatta also attacked the Judiciary in his speech.

It is alleged that Uhuru Kenyatta attacked DP Ruto in during his speech. Uhuru said that before the Kenya Meat Commission was taken over by KDF, it could only make 8,000 in a day but it can now make one million. However, Kimani Ichung'wah reacted to Uhuru's speech. In his statement he said that they had a wasted afternoon. He claimed if there was no any other better business to do rather than listening to the boring speech by Uhuru. Kenyans fired the vocal legislator. They have told him that he has also failed to deliver to Kenyans and should never point fingers at Uhuru. 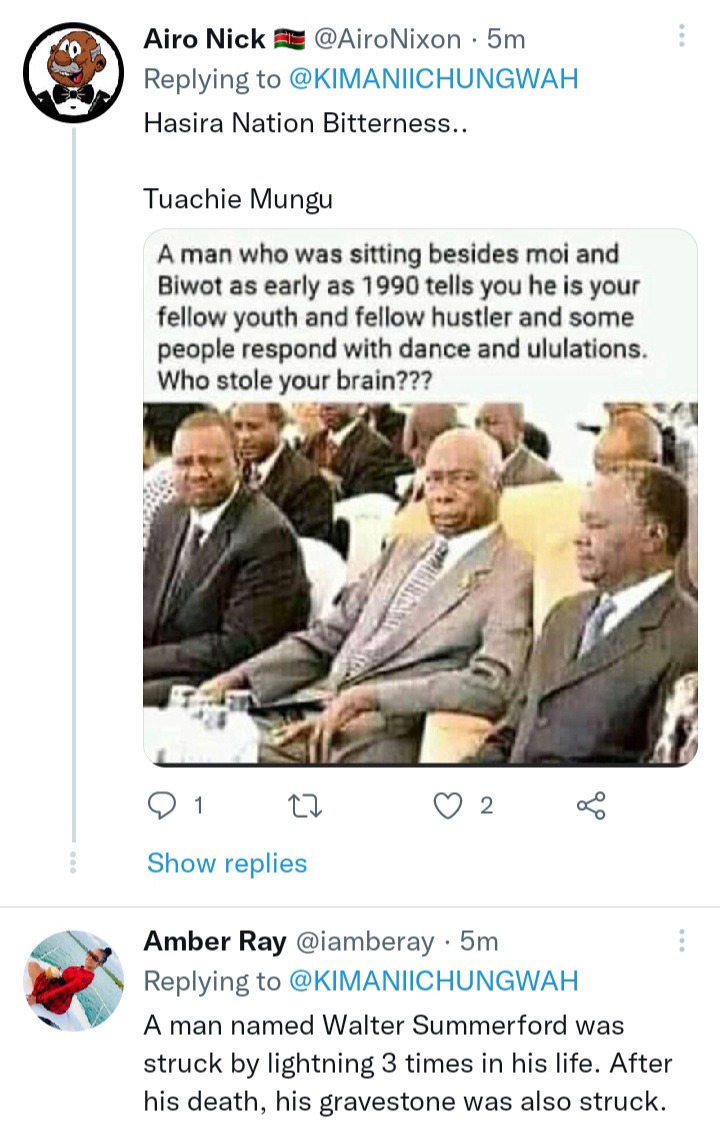 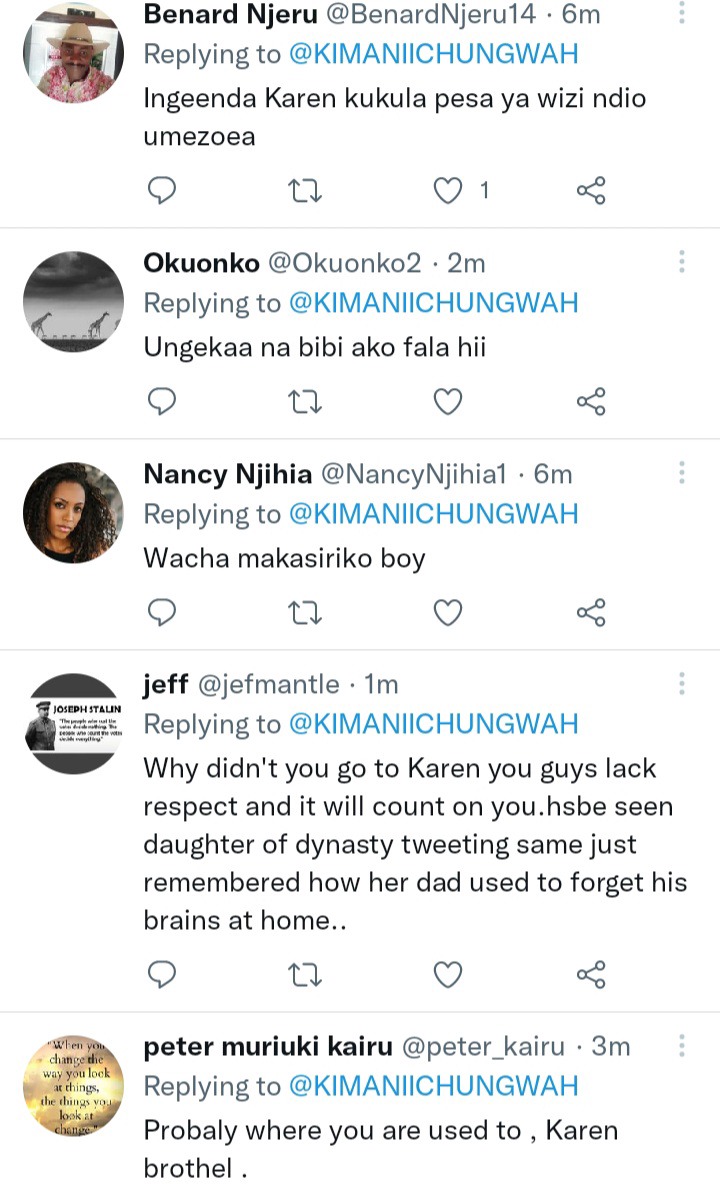 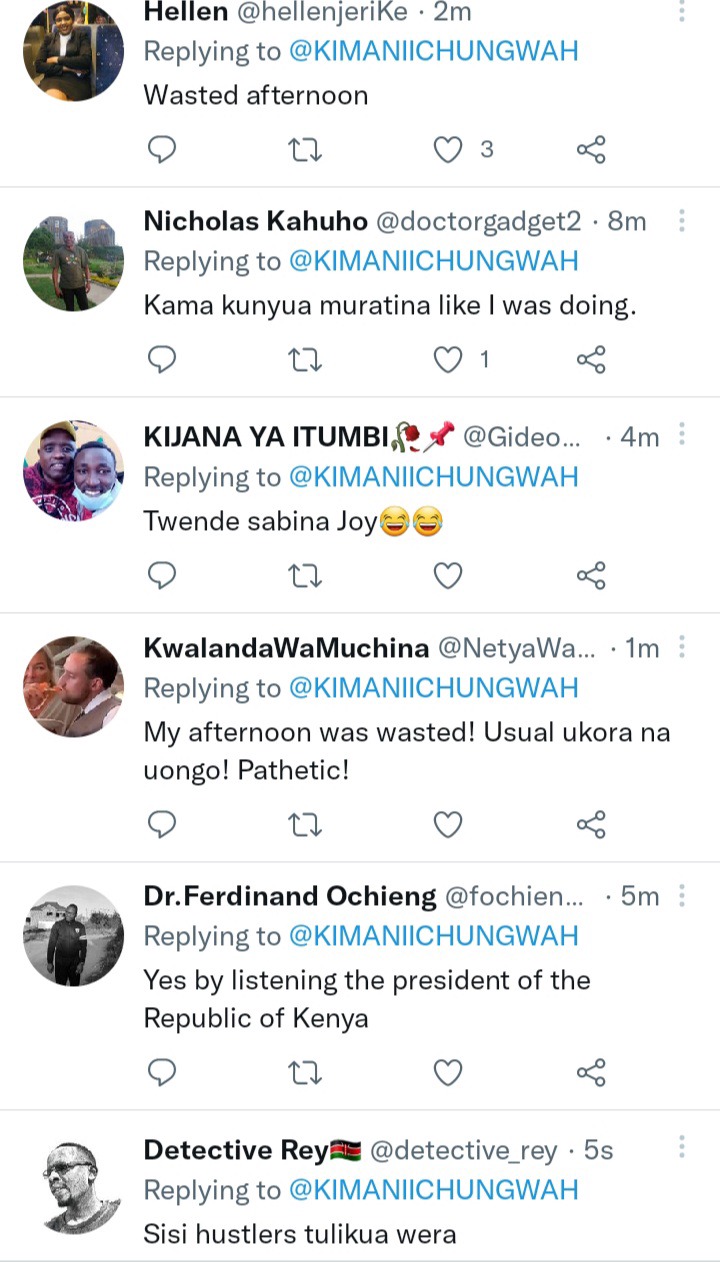 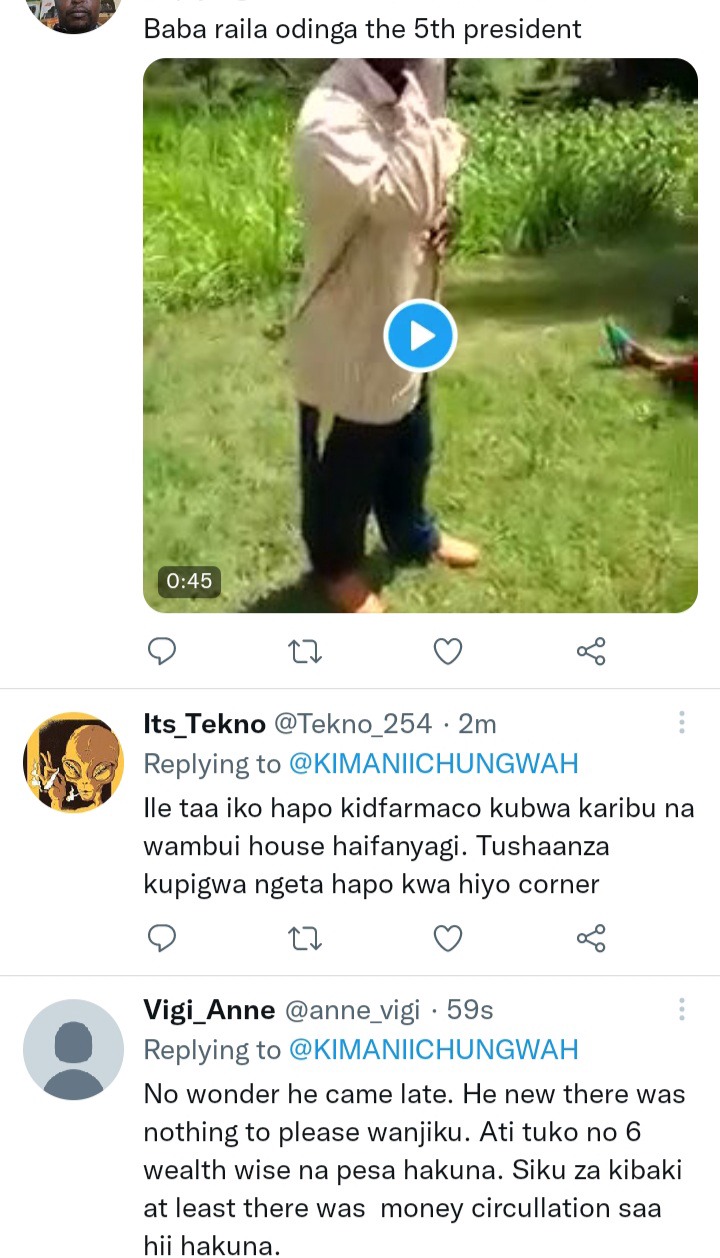 Revealed: Why Ruto Can't Deputise Musalia, Irony That Was Evident at NDC (VIDEO)