Chaotic seen were witnessed in Kisumu County in Muhoroni Sub-county at the funeral ceremony of Human Resource manager in Muhoroni who died last week and was being laid to rest today. 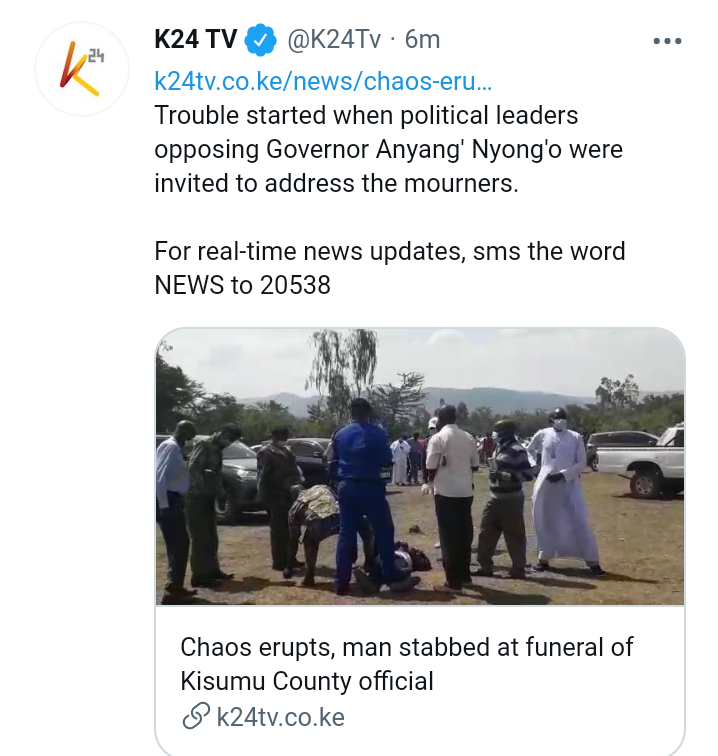 Chaos broke up leaving one person fighting for life after he was stabbed but he was later rushed to a nearby hospital. The suspect has also been nabbed by police officers.

Race to 2022 gubernatorial seat in Kisumu has been gaining momentum and has attracted different leaders including the former governor, Jack Ranguma who is said to be eyeing a second term. 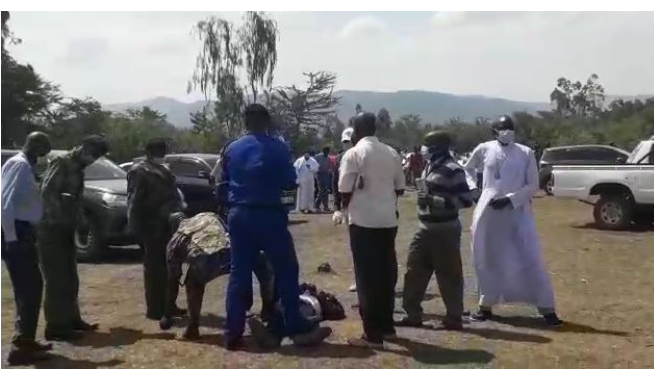 Fred Outa, the Kisumu Senator is also said to be putting his house in order to outsmart Anyang Nyongo in ODM nominations. Anyang Nyongo and Fred Outa worked as a team that saw the two dethrone Jack Ranguma during the last general election but the two key ODM leaders have broke ranks.