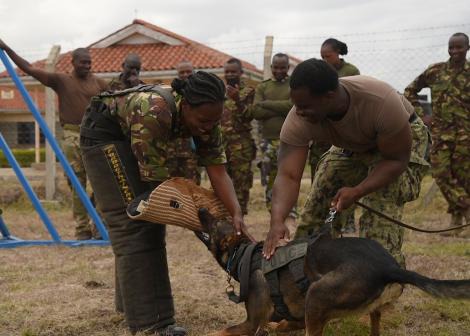 Police in Isiolo County have asked residents to be on the lookout for a highly-trained police dog that went missing on Thursday, January 20.

According to media reports, the dog which is brown in colour, disappeared mysteriously at the Isiolo International Airport. However, it was not immediately clear what the dog was doing at the facility.

The police indicated that the 4-year-old dog has a lot of fur on the face and is skilled. At the time of its disappearance, the dog had a chain.

Authorities noted that although the dog has undergone special training, it is very friendly and asked anyone who spots it to report to the nearest police station. However, residents were cautioned against provoking it.

The National Police Service (NPS) has a dog unit that is tasked with care and maintenance of police dogs, procuring and breeding police dogs, training of police dogs and dog handlers and deploying officers and police dogs for crime detection and prevention.

In August 2020, the police lost a dog that played a crucial role in sniffing out items that were being smuggled into and out of the country. 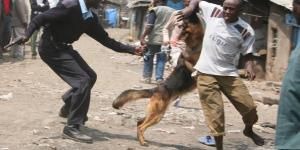 The dog named Rina and with tag number 1,395 died during a practice session with its handler.

It had been deployed to the Kenya Revenue Authority’s (KRA) Lunga Lunga border point, where it was helpful in detecting contraband.

According to police, the dog, a Rottweiler, accidentally swallowed a tennis ball that the handler was using in practice.

“The animal was experienced and we see what happened as an accident. We don’t know how it swallowed it, but doctors will tell us,” said a senior officer, who added "it will be accorded a respectful burial."

Police dogs are usually handled with care as they are highly trained and their rearing takes a long time and is expensive.

Is This The Game of Numbers? See How DP Ruto Attracted a Mammoth of Crowds Today In his Rally-Photos

Will It Translate To Votes? Show Of Might As Dp Ruto Pulls Huge Crowd In Rift Valley