Some of the Heaviest Pets in the World

By Alekiinuse (self meida writer) | 23 days

Named by the Guinness Book of world Records as the world's tallest horse back in 2010 and 2011, Big Jake has achieved far across the globe towering over his owner 82.75inches tall! He weighs at almost 1200kg! The horse from Wisconsin used to take part in show competitions but has recently retired at the age of 17.

The Norwegian forest cat breed usually weighs between 3 and 8kg; however, big Ulric weighs in at a whopping 14kg? Though health has been a concern and the massive moggy now has the support of a puppy 'personal trainer' and pal to help him get back into shape!

Goldie the mega Goldfish from Kent was bought for less than a £1 back in the late 90s.In 2008 he measured 15inches long, 5inches wide and weighed a whopping 1kg! 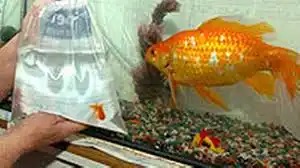 Gary , the Capybara, has been identified as the world's largest pet rodent and weighs 51kg. Although the breed is usually found in South America, big Gary lives the dream in Texas swimming in his owner's pool, and playing with his fellow family pets.

Content created and supplied by: Alekiinuse (via Opera News )

Saturday Super Predictions To Place on and Earn Good Cash