By MrAnchor. (self media writer) | 5 months ago

Residents of Sirende village in Kakamega County were treated to a horrific episode after dogs were found tearing apart a newborn baby who had been dumped in a sugarcane plantation.

Detectives suspect a woman may have delivered the baby before dumping it in a sugarcane plantation where it was attacked by the dogs.

A witness, Soita Chirui, said he was walking home around 7pm when he noticed a pack of dogs scrambling for what looked like meat.

Out of suspicion, Cherui said, he went to the house and returned with a torch.

"I saw a human head. I chased the dogs away and they abandoned what turned out to be a newborn baby's body. The canines had already devoured half the body. What had been left of the body was the parts from the waist upwards," he said.

He added: "Initially, I thought the dogs had captured prey. I was shocked when I realised it was a baby that the dogs were eating."

After snatching the remains of the baby from the dogs, Chirui alerted his neighbours and they later reported the bizarre incident to the police.

Lugari sub-county Police Commander Bernard Ngungu said investigations have been launched to establish the cause of the infant’s death.

Some residents claimed a woman from the neighbouring village had lost her pregnancy mysteriously and called on the police to investigate her. 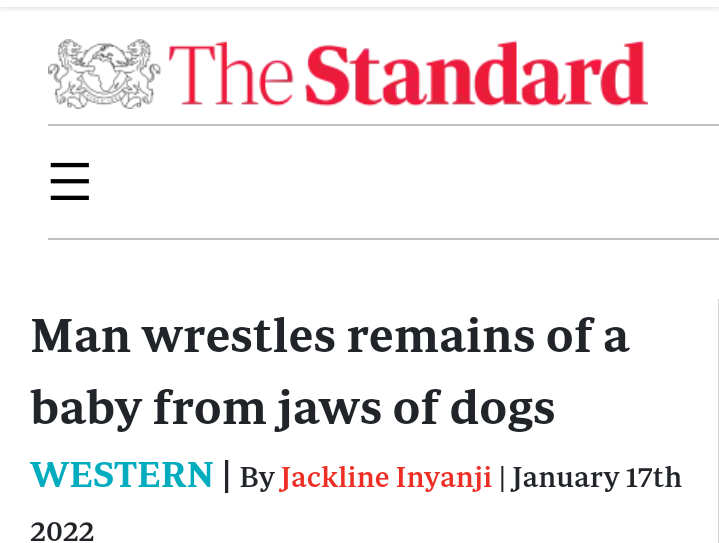