By KenyaBroadcast (self meida writer) | 14 days

In March 2010, President Uhuru Kenyatta announced a raft of measures to curb the spread of coronavirus. Restriction of movement and curfew starting at 7 pm meant that the number of hours of hustling considebly reduced. 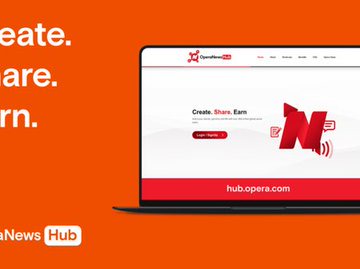 That same month Opera News Hub had launched in Kenya. It was a game changer but at first most of us remained skeptical about joining. After one month had elapsed, those who had given a try at first were ripping big. That is something that was so encouraging.

The first few months when the Government had imposed the curfew, we were forced to withdraw an overdraft from the bank. Calls from the bank for repayment became something common for the means of repaying the overdraft had been exhausted.

It doesn't kill to try, i gave a try later on and attached my bank account-the one with an overdraft- as means of payment. Moving first forward i came to realize my debt had been paid by Opera. It was not much but satisfying. So from their i have never looked back.

It is something i can do within schedule. Though there are challenges, we are still into without giving up. Chipping in some rent money and et cetra. Opera News Hub has been one of the most successful ventures i have engaged in.