Everlyne Wanjiku, now a mother of four children had ups and downs when growing up. She said that she lived with her mother in Eldoret, Uasin Gishu County. The other members of her family stayed with their father, she is the type of lady who demanded attention, but nobody bothered.

As she was pursuing her first year in secondary school, she fell in love with a man, this feeling made her so excited to the extent she got pregnant, this forced the teachers to keep her away from school. This made her father so angry that he rejected her, she was forced to raise the child alone for several months before going back to school, she left her young child with her mother.

After she was done with her fourth form, Everlyne traveled to Mukuru Kwa Njenga in Nairobi County where she was hosted by her baby daddy. Being in Nairobi, Everlyne did many casual jobs, she was introduced to many friends and unfortunately one of them introduced her to alcoholism.

Being an alcohol addict, Everlyne worked as a nightclub attendant, and she was also doing the act with many different men who came to have a drink. After some time, she got pregnant again for a second child, but unfortunately, the man rejected the unborn baby and forced her to get rid of it. Everyone however turned down his opinion of killing the child, so she went away.

Life was not as easy as she thought, at some point, she tried taking poison, she lost consciousness and her neighbors took her to the hospital, she woke up after 16 hours only to see her mother shedding tears by her side.

When she was in a better position, her parents took her and stayed with her in the village, when the second child reached six months old, Everlyne ran again and settled in Nairobi. While in the city, she happened to meet a friend who looked appealing, so she asked her how she makes her ends meet.

The lady told her to follow her tricks, so the following weekend she was ordered to dress in a miniskirt before going to the streets, while there she slept with many different men and made a lot of money that helped her clear her rent and buying essential things.

At this period, the father of her second baby visited her and this led to her getting pregnant with the third born again.

After a short while, she met a man who she loved and got pregnant for the fourth time again, she was forced to go to church and got saved, now she is a proud mother of 4 children. Click here and see what she had to say. 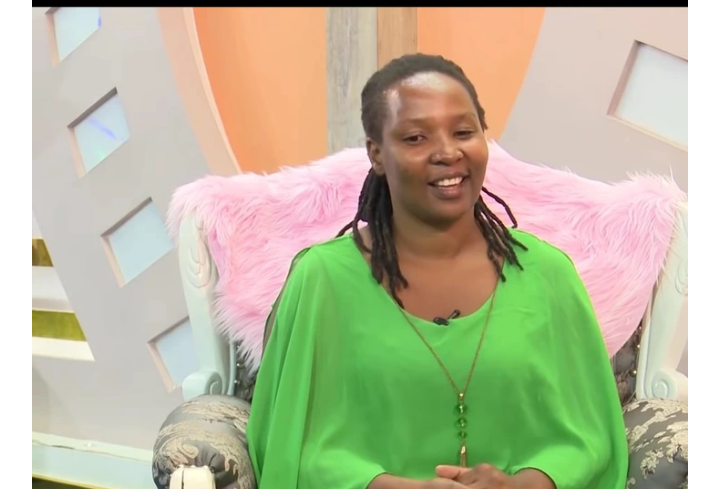