Renowned radio personality Auntie Jemimah has finally opened up about the death of her unborn baby who allegedly died a few months ago. 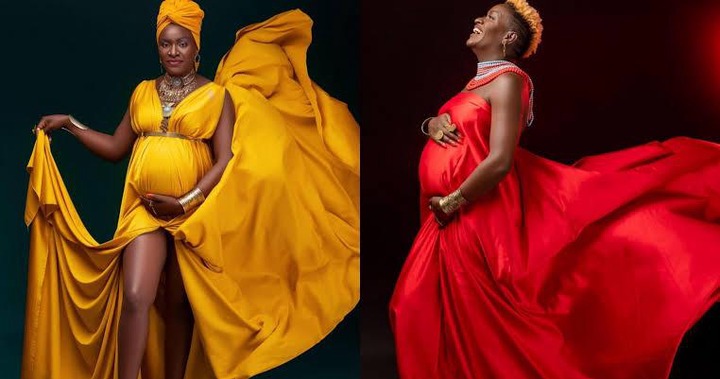 In an incident that happened a few months ago, the renowned radio personality claimed that she had lost her baby a few days after hosting a number of friends and family members for a baby shower. According to the reports given by Jemimah, she claimed that the deceased died under unclear circumstances adding that she is yet to come into terms with her death.

However, according to the reports given by Jemimah, she has revealed that seeing other people giving birth or getting pregnant affects her to the point where she claims that she wishes that she was the one enjoying the fruits of being a mother.

While reacting to her remarks, kenyans who took to their different social media accounts to express their opinions and suggestions on the matter have called upon the renowned radio personality to take it easy adding that the death of her unborn child had a good reason.

According to the reports given by most Kenyans, they claimed that it was so unfortunate that most mothers tend to grieve their dead children for a long time when they are young instead of accepting the will of God adding that she should consider getting another baby due to the fact that she is young. 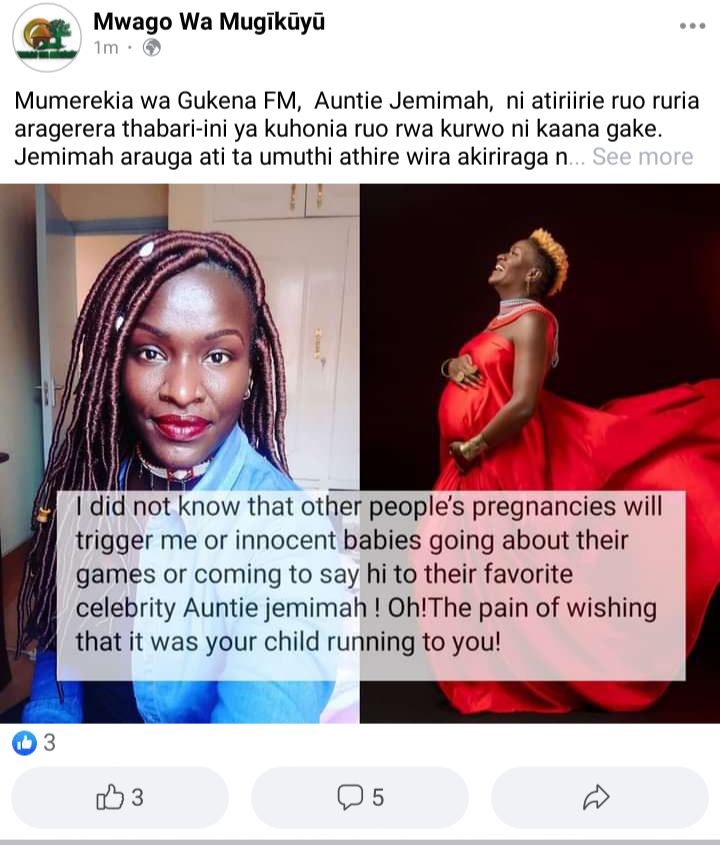