By RachaelNabai (self meida writer) | 1 months 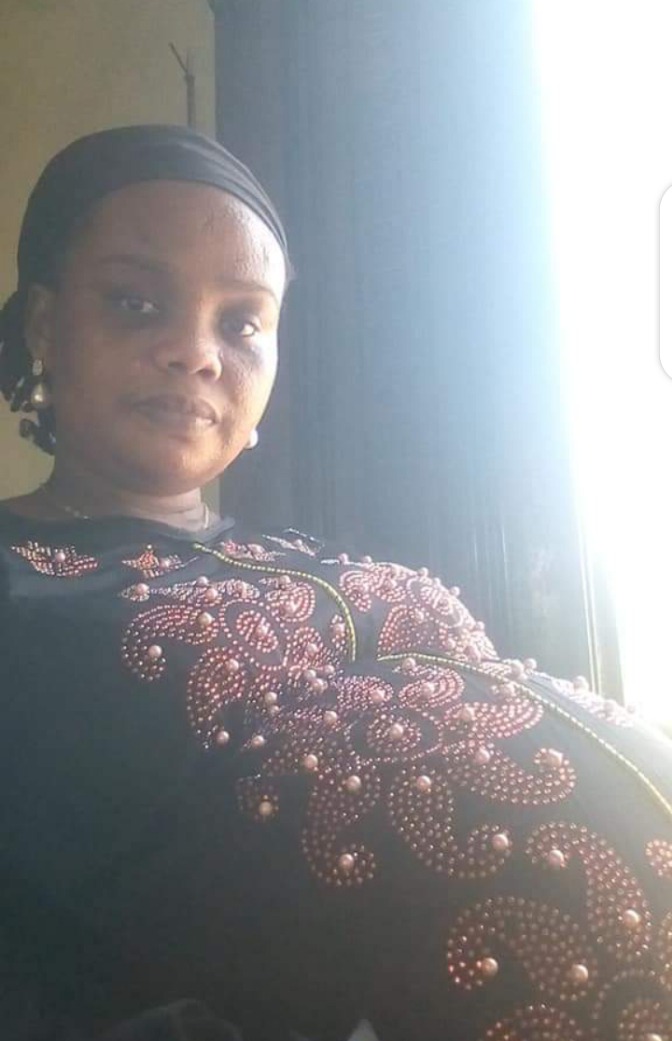 Rachael Chukwudi posted in a Facebook group thanking God for the gift of the womb and to encourage those that have delayed to conceive to never give up.

According to Rachael , when she was six months pregnant she started bleeding. She was rushed to the hospital but the bleeding did not stop even after she was given drugs. After some minutes her cervix opened and the baby was coming out with his hands. 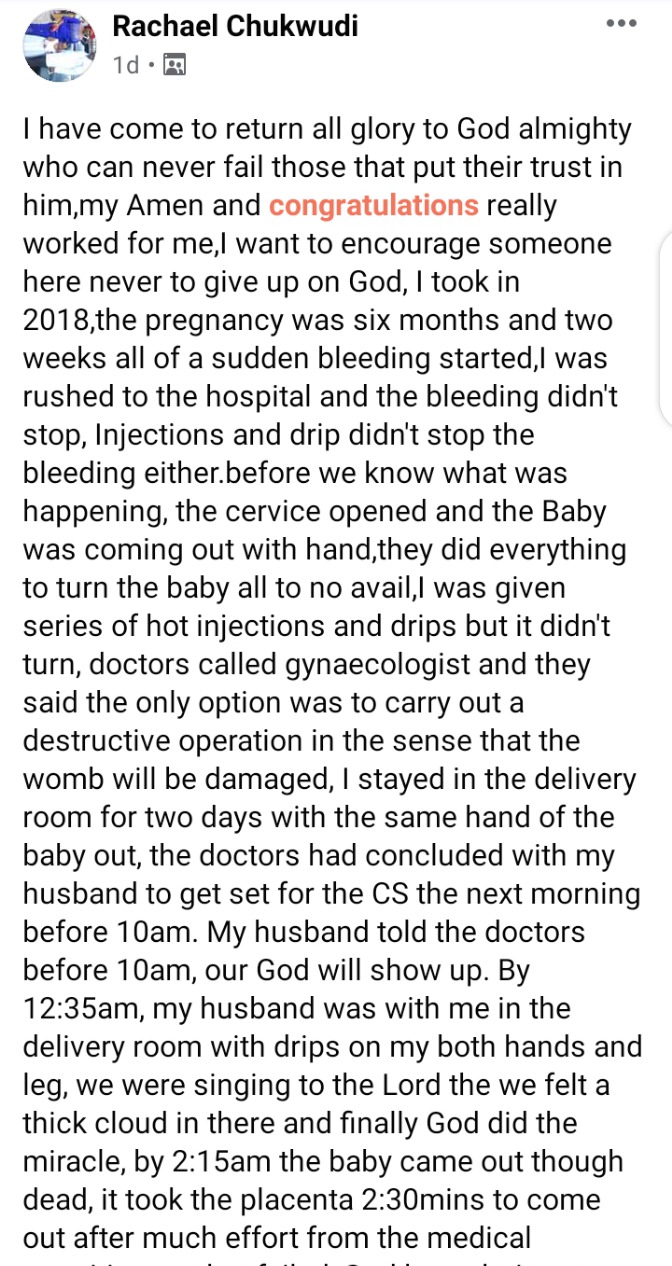 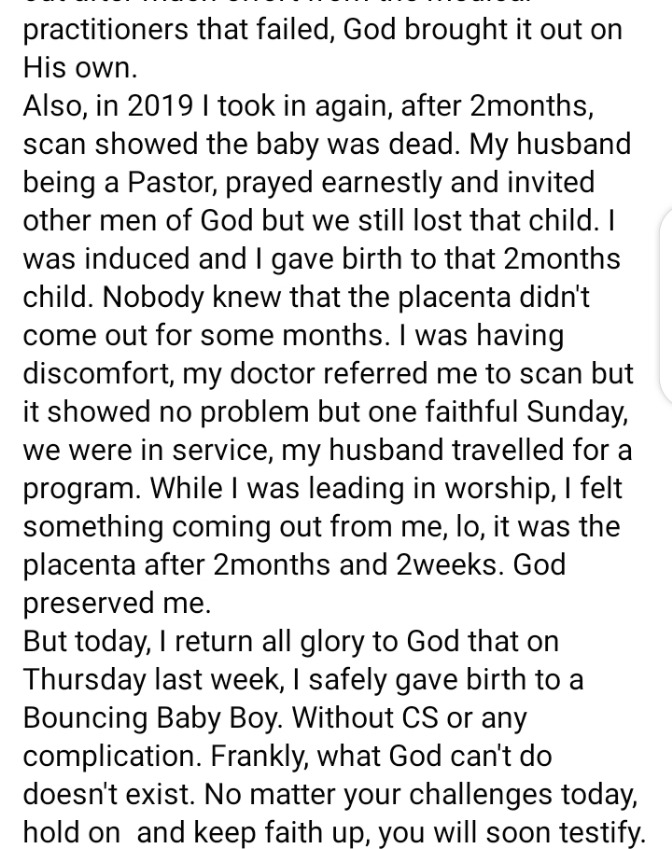 Rachael was told by a gynaecologist that the only option remaining was to conduct a destructive operation cause her womb was going to be altered.

Imagine staying in the delivery room for two days with the child's hands outside. Women are under rare and blessed species.The husband was told to sign consent cause she was to be taken to the theater so that the baby could be removed through caessaren section but who is God.

The baby came out on his own before the specified time though he was already dead. It took the placenta two hours thirty minutes to come out after much struggle by the doctors.

In 2019 Rachael got pregnant, after two months she went for a scan which showed that her baby was dead. The husband being a pastor really prayed hoping he could save their baby but the baby was already dead.

According to Rachael she was induced and she gave birth to that two months child. She claimed that no one knew that the placenta did not come out for some months. Rachael said she used to experience some discomfort. She went to a doctor who told her to go for a scan which showed she was very okay. 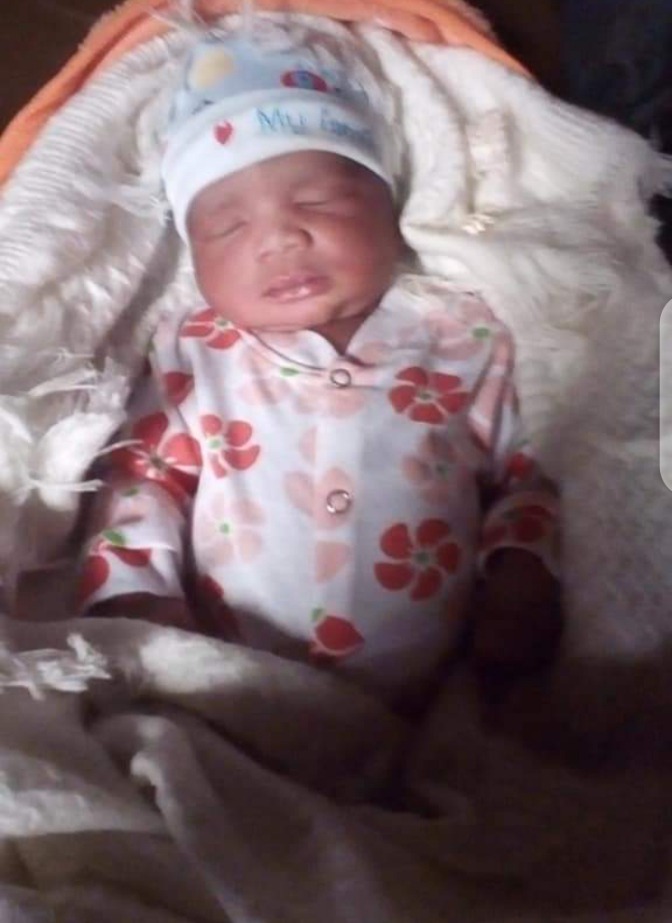 One day as she was leading the church in Praise and worship. She had something coming out of her. She was shocked when she learned that it was placenta coming out after two months two weeks. God is a miracle working God for He kept Rachael alive. 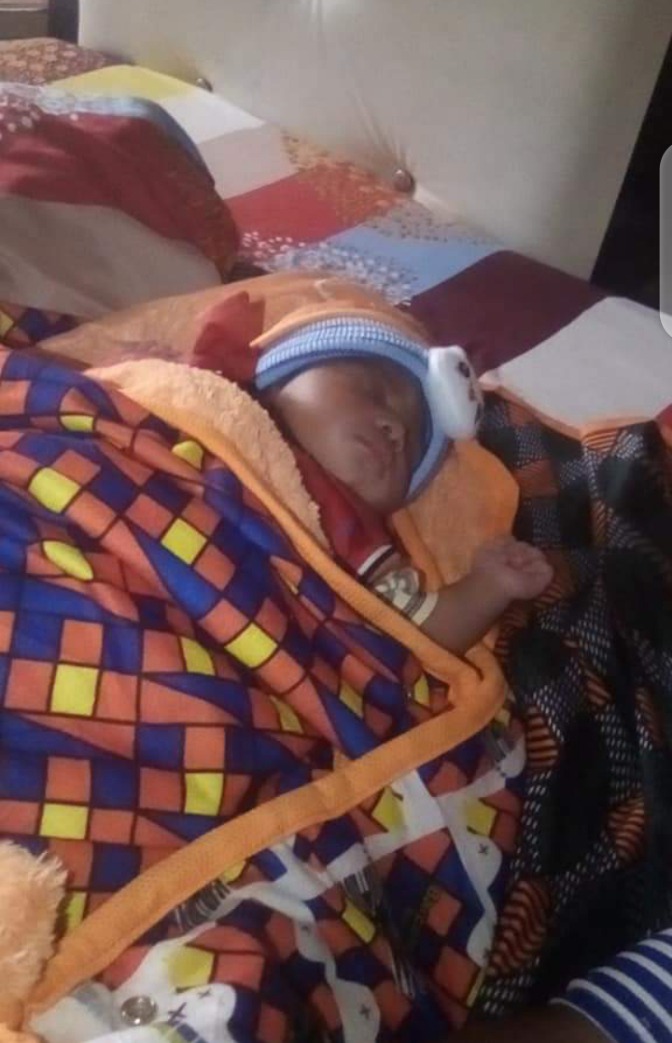 On 11th May Rachael gave birth to a bouncing baby boy without any complication. She delivered Spontaneous vaginal delivery. She urge fellow women to hold on no matter the challenges they are facing.

Content created and supplied by: RachaelNabai (via Opera News )

Mosquitoes Hate this Smell the Most, It Can Save You from Their Bites