Woman Gives Birth, Dumps The Baby In A Hole In Siaya County 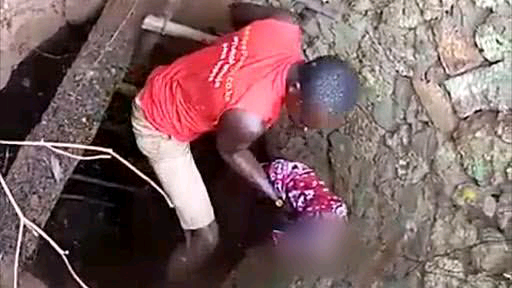 A search is underway for a woman who dumped her newborn baby in a 2-feet deep hole in Nango area Siaya county, soon after giving birth.

The unidentified woman dumped the baby in the hole and immediately fled the scene.

A passer-by heard the baby crying and immediately peeped into the hole only to find that the newborn was surrounded by some insects suspected as bees.

The passer-by then immediately alerted the residents living nearby. One of them went into the hole, wrapped the baby in a cloth, and rescued the newborn. The man then handed over the crying baby to a group of women. Luckily, the baby was not bitten by the bees, the press reported. 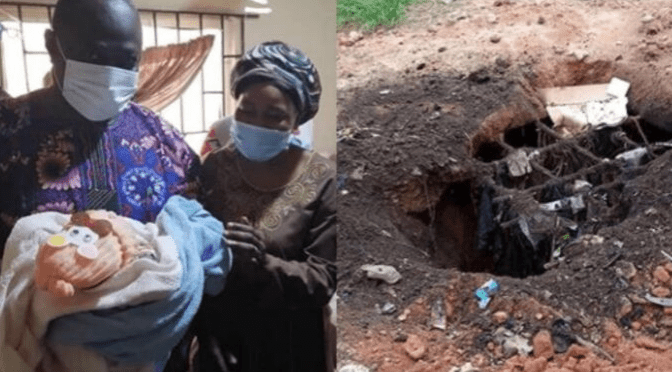 The rescue operation was caught on a camera. In the video, a woman can be heard saying, "We will have to first go and wash her with warm water before he is taken to hospital."

Hundreds of curious onlookers who had turned up to witness the rescue mission could not believe their eyes.

The child is said to have been placed in a box without any cloths by the heartless mother before being rescued by the good Samaritan.

Shockingly, there were bees that had surrounded the child when he was rescued but luckily, they did not harm him.

The child was later taken to Nango sub-county hospital where he was examined and confirmed to be in a good condition by the medics. The infant was later handed over to Siaya Gender-Based Violence team for care. 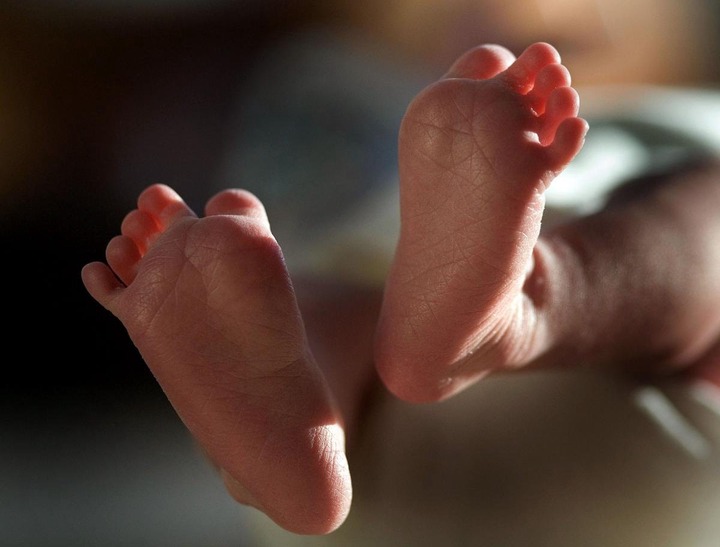 Confirming the incident, Nango OCPD Jack Wekesa said the baby was abandoned by her mother at around 1 pm on Sunday afternoon but later rescued by people who heard her cry from the farm

“At the moment the baby has been taken to hospital for a check-up,” he said.

Jack urged the public to provide police with any relevant information that will lead to the arrest of the suspect.

“If you know of a lady who was pregnant and now she is not, just report to a nearby police station for action to be taken,” he said adding that ladies should stop dumping babies especially if they know they are not ready to get pregnant.

While condemning the inhuman act by the mother, the team later posted a photo of the baby being held by the police boss with a caption of thanking him for supporting after he bought diapers, milk and clothes.

You Will No Longer Need Dye For Your Hair, Turn Gray Hair Back To Black Fast Using This