Do You Want To Avoid Pregnancy? Here is What To Do

By Giddyngenoh (self meida writer) | 1 months 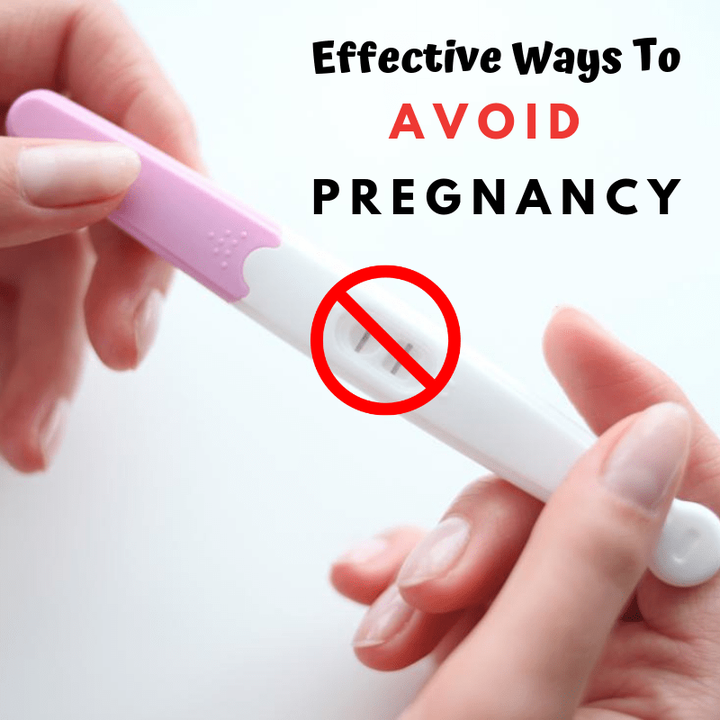 If you don’t want children and want something to “set and forget,” then speak with your doctor about sterilization for long-term protection. In women, the fallopian tubes are blocked so the egg can’t travel to the uterus. In men, the sperm is prevented from being released during ejaculation.

Some sterilization procedures may not work right away, so you should use backup birth control methods until your doctor gives you the all-clear.

You can also track your fertility and avoid sex during ovulation

You could also track your fertility and avoid sex while you are ovulating. But this method is only effective if you take your time and really get to know your body. Instead, consider it as a good complement to other birth control options.

Condoms are useless if you’re not putting them on correctly or if you’re using the wrong size.

To use a male condom, you should:

-Place the condom on the head of an erect penis. Pull back the foreskin first if the penis is uncircumcised.

-Make sure to pinch the air out of the condom tip.

-Carefully unroll the condom all the way down.

-Hold the condom at the base before pulling out. After you pull out, remove the condom carefully and toss it in the trash.

-Never reuse a condom and never use two at the same time.

To use a female condom, you should:

-Hold the closed end, then squeeze the sides of the inner ring together with your thumb and forefinger.

-Insert this end into the vagina, then use your finger to push it in as far as possible until it rests against your cervix.

-Guide your partner’s penis into the condom opening. Stop if the condom is pushed into your vagina or if the penis slips between the condom and the vaginal wall.

Your chance of becoming pregnant increases with each day you’re not on birth control. Here are some tips you need to know to make sure your birth control is effective:

Take the pill at the same time every day. If you take the pill too early or too late, it can disrupt your hormonal balance. This can make the pill less effective.

Take a missed pill right away. If you miss one day, take the pill as soon as you remember. If you miss two days, you can either take both pills at once or at different times during the day. If you missed a placebo day, throw away the nonhormonal pill and resume your daily use.

If you haven’t already, you may want to go on birth control. There are several hormonal and nonhormonal options to choose from. Hormonal approaches include the following:

1.Daily combination pills contain estrogen and progestin, two synthetic hormones similar to the ones made by your ovaries.

3.Skin patches contain estrogen and progestin, and are worn for 21 days. They’re removed for seven days before switching to a new patch.

4.Vaginal rings are another hormonal option. They’re also worn for 21 days and removed for seven days before being replaced.

5.Intrauterine devices (IUDs) can be hormonal or nonhormonal. Depending on the device, they can be worn for 3 to 10 years.

You could also consider long-acting methods, such as IUDs, if you want something that’s more reliable but requires less effort. After all, copper T IUDs are so effective that they’re used as emergency contraception.

IUDs are small T-shaped sticks placed in your uterus. They prevent sperm from entering your uterus by thickening your cervical mucus.

There are five different IUDs on the market:

-ParaGard, the nonhormonal copper IUD effective up to 10 years

-Mirena, a hormonal IUD approved for up to five years of use

Contraceptives sometimes fail, but you still have options. EC can help prevent pregnancy if you’ve had unprotected sex or your birth control didn’t work. There are two types of EC available:

Hormonal EC pills. You can take hormonal EC pills right away, or up to five days after sex. But it’s most effective when taken within the first 72 hours. You can purchase EC pills at your local pharmacy, or, if you’re insured, get a prescription for free because it’s considered preventative care. You should also keep one or two EC pills on hand just in case you may need it in the future.

Emergency IUD contraception. Your doctor can insert the Copper IUD up to five days after sex to prevent pregnancy, and can last for up to 10 years. As with EC pills, the emergency IUD can be free or low-cost with most insurance plans.

Double up by using barrier protection, too

Birth control is highly effective at preventing pregnancy, but it won’t prevent you from sexually transmitted infections. That’s why you should double up by using barrier protection. Condoms are the only way to prevent STIs, and including a hormonal birth control increases the protection.

Your monthly birth control schedule may not be same as the calendar month. That might make it harder to remember when to get and switch your contraception on time.

But there are different options you could use to stay on schedule, including:

Auto-refill. Set up automatic refills with your pharmacy so your prescription is ready when you need it.

Auto-delivery. Auto-delivery gives you the option to have your prescription delivered to your door.

Mobile apps. Apps that track your period and birth control are also an easy way to remind you when to take your pill and when you need a refill.