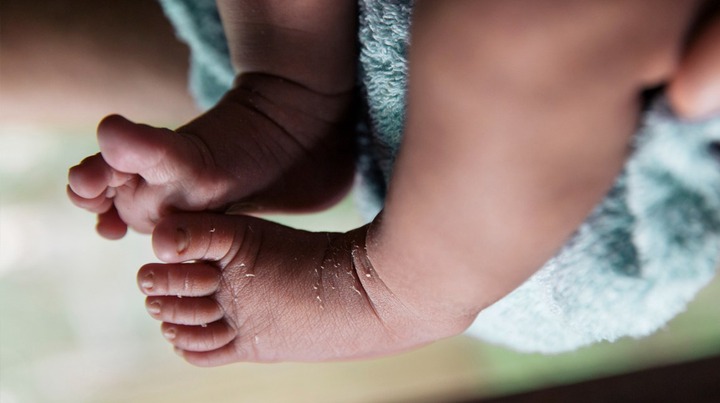 A one-day-old baby girl who was found alive on Wednesday, 15 hours after her mother left her in a 20-foot-deep pit latrine has been deemed healthy. 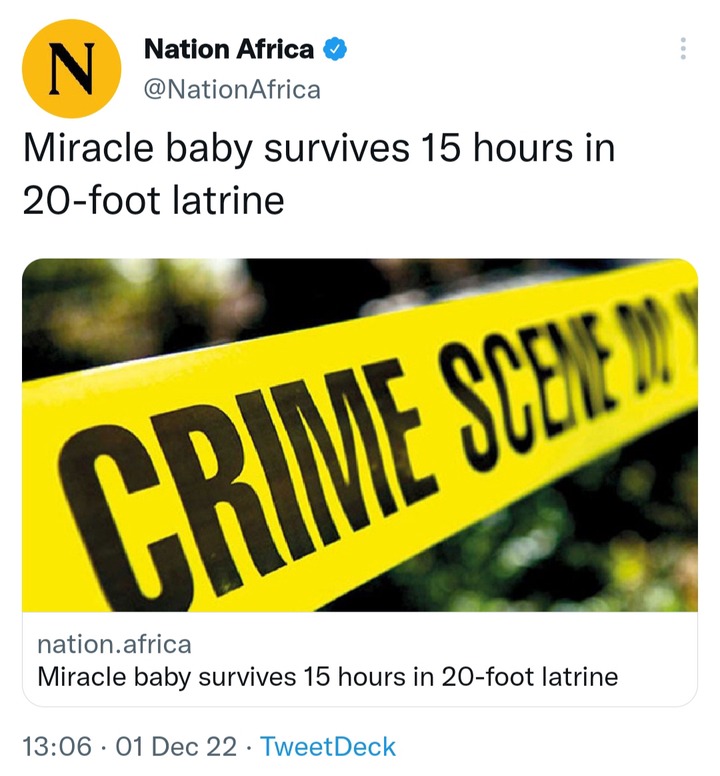 According to a report to the Gatanga sub-county police from Thika Level Five Hospital, the "infant is now out of danger and may be discharged."

According to Gatanga police chief Laurence Njeru, the mother of the kid will be prosecuted with attempted murder and failing to report the birth.

Mr. Njeru described the event, which took place in the community of Kimandi Wanyaga, as a "affront to the right to life, where a woman threw a live infant in an abandoned toilet in the expectation that it would die."

Angel" was the baby's hospital name. Rachel Koche Makomu was listed as the mother's name.A 29-year-old lady who had previously been known to be pregnant suddenly looked to have given birth, but there was no baby to be seen, according to a complaint that police received on Monday evening, according to Mr. Njeru ".

An employee of a tea farm, the woman. While she had no sign of a baby and was unable to explain her situation, her coworkers had observed that she was no longer pregnant.

On Monday morning, the area assistant chief notified the Ndaka-ini Police Station about the incident.

Officers were informed by the chief that he believed the wife had disguised a birth.The police began looking into the situation.