These 10 things could be ruining your chances of getting pregnant

By Hildaguard (self media writer) | 26 days ago 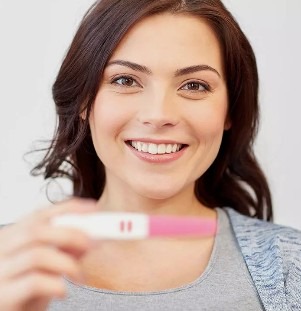 Fertility is a tricky problem. Some women only need one romp in the sheets and – boom- nine months later they’re in labor simultaneously cursing and calling out for their partner as they welcome a tiny human life into this world. However, not all couples are so lucky. Some consciously endeavor to conceive and fail repeatedly, which can be heartbreaking. So what is the problem? And, probably the more pertinent question, can I do something about it?

While some factors that influence a woman’s fertility are indeed beyond her control, there are still quite a few that you can influence.

If you’re persistently stressed, expect to see high levels of alpha-amylase in your blood that can reduce your chances of conception by a whopping 29% . This can make infertility a very real problem particularly for working women. If stress is negatively impacting your life try practicing yoga or meditation regularly. If it is persistent and debilitating, try eliminating the stress stimulant from your life or seek a counselor to better help you cope.

Pizzas, cheeseburgers, and fries are not only adding unwanted inches to your waistline but also doing something much more insidious. Junk food is notorious for its high levels of cholesterol that research indicates other than clogging your arteries, also interferes with your body’s synthesis of the sex hormones: testosterone and progesterone, which are vital in regards to pregnancy . If the saving up for a future angioplasty wasn’t enough of a scare for you to finally ditch cheesy fries, then this probably should be.

Whatever end of the spectrum you’re standing on, whether you’re overweight or underweight- weight definitely has an impact on your chances of conception.

If your BMI happens to be on the higher side, then the added pounds could influence sex hormone production. Once body fat levels rise 10 to 15% of what is considered normal, expect your body to be flooded with estrogen, which will wreck havoc on your menstrual cycle .

Being underweight isn’t a boon either. If your body fat levels are 10-15% lower than normal, then you will lack a hormone by the name of ‘leptin’, which is responsible for controlling one’s hunger and pacing the metabolism. Lack of leptin also means no menstrual periods.

As I mentioned earlier, some factors like age are just beyond a mortal woman’s control. However, that shouldn’t stop you from thinking ahead. Menopause usually hits a woman somewhere around her 40s or 50s, which is when her ovaries stop releasing any more eggs.

But the real age to watch out for is 35, after which not only will conceiving become difficult as your egg quantity and quality declines, but your risk of miscarriage also increases by 20-35% due to an increased incidence of chromosomal abnormalities .

A few glasses of indulgence a week are perfectly fine, but if you’re drinking more than one drink per day while you’re trying to conceive, then you’re in trouble. According to studies, women who drank more also happened to suffer from more fertility problems .

Unless you’ve been cryogenically frozen this last century or so, then I probably don’t have to tell you this: Smoking kills. If death isn’t much of a deterrent then we also have this: it can drastically kill your chances of conceiving. Smoking accounts for 13% of all infertility cases.

In today’s age, practicing safe sex is everything. Forgoing protection not only leaves you vulnerable to horrifying STIs such as Chlamydia and Gonorrhea but it can also significantly increase your risks of becoming infertile.

If you’re a coffee fanatic who is actively trying to conceive, you may want to sit down for this. According to some studies, caffeine can interfere with the conception process. Apparently, it disrupts the muscle contractions that help your egg reach your fallopian tubes where they can be potentially fertilized. However, to be fair, there are also a few studies that suggest coffee has no link to fertility.

Exposure to light from your electronic devices just before you fall asleep affects your ‘circadian rhythm’ and also your sleep quality. Not only does this decrease your overall chances of conceiving, but the subsequent decreased production of your sleep hormone can also negatively impact the development of a fetus .

If you’ve been struggling as you actively try to conceive, then review your lifestyle and scrutinize what potential habits need review. If you’re attempting to quit smoking or drinking and need help, always remember to consult your healthcare provider.