By InnohJohn's (self meida writer) | 11 days 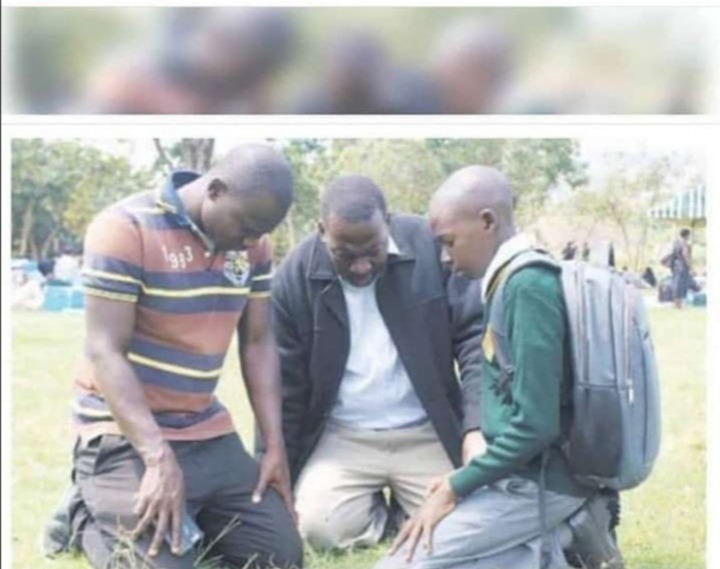 A middle aged man has done a touching act that has left many in talks,after he was spotted praying for his son who was admitted to Kisii high school as form one. The man whose name is not mentioned was captured by Sammy Omingo as now the admission of the students who completed their eight year course is on going.

This has touched hearts many people since it is well known that men are rarely used to pray,though they are believed to be our role models especially to sons and more of importance even to our daughters.when it comes to inspiring and disciplining men are known to be the best as they also set a confidence to their siblings. 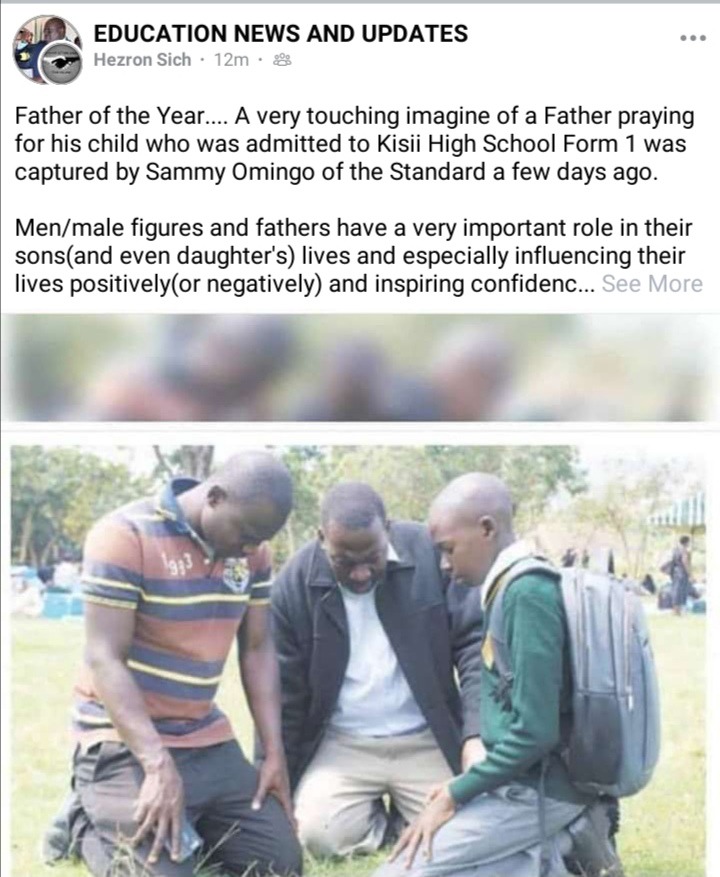 Following what has been happening in our daily lives especially in this error, boy-child has been affected since most of them have engaged themselves in drug trafficking and even using and that's why parents are being encouraged to set a good example to their sons since some of them copy some characters from their parents. So this man set a good example to his son when he knelt down and prayed for him.

Many congratulated the man since it is in rare cases where men are used to pray for their sons, especially in this error. "Who can do it " an eye witness said after the said man was spotted praying with his son.