Eunice Wangui from Nyandarua painfully narrates how her husband burnt her children in their house after they had an argument. She said that the pain of loosing her children was Heartbreaking and hard for her. 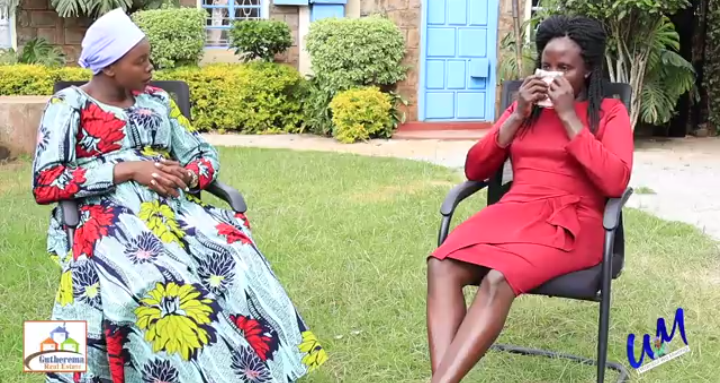 Eunice was a single mother of two children when she got married. She said that she used to work in people's farms so as to provide food for her children. She said that the alleged man came to visit her parents and without even dating she decided to move in with him for financial support.

Eunice said that her eldest child had a disability and he could hardly walk and she had to leave him with her parents because her husband said that he was not financially stable to take care of him. Eunice and her husband moved in his house and within the first year she gave birth to a baby girl.

She said that after giving birth she persuaded her husband to allow her bring her son who had a disability who was still living with her parent. However he was reluctant and the issue brought as huge argument on that day. 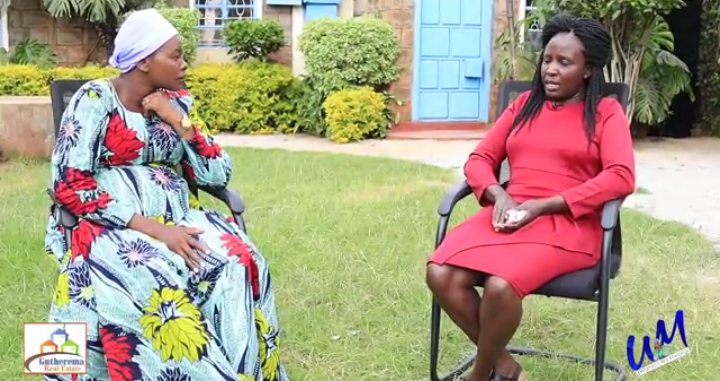 According to Eunice she didn't feel comfortable living without her eldest son and she forcefully went home and took him. This was my the beggining of her problems. She said that when her husband came home and found don't the young boy he was angry and even asked Eunice to sleep out with he Ed son.

She said that he denied her son food and basic needs and even insulted him due to his condition. Whenever Eunice intervined she would get a beating of her life. Eunice's life had changed for the worst and even contemplated on leaving the marriage.

She said that one evening her husband came home like usual and started insulting her for petty reasons. The argument went on for hours and he started beating her. Eunice was beaten so badly that she had to run away to her neighbors house.

She said that after she arrived at her neighbors house she informed them what was happening and they quickly decided to go to Eunice's house and discuss the issue. However they were met with a huge smoke coming from her house.

They screamed as they tried to put off the fire. Eunice looked for her children everywhere but she couldn't find them and the fire was put off they realized that the three children had burnt to ashes in the house.

" My husband was nowhere to be seen." Eunice said. 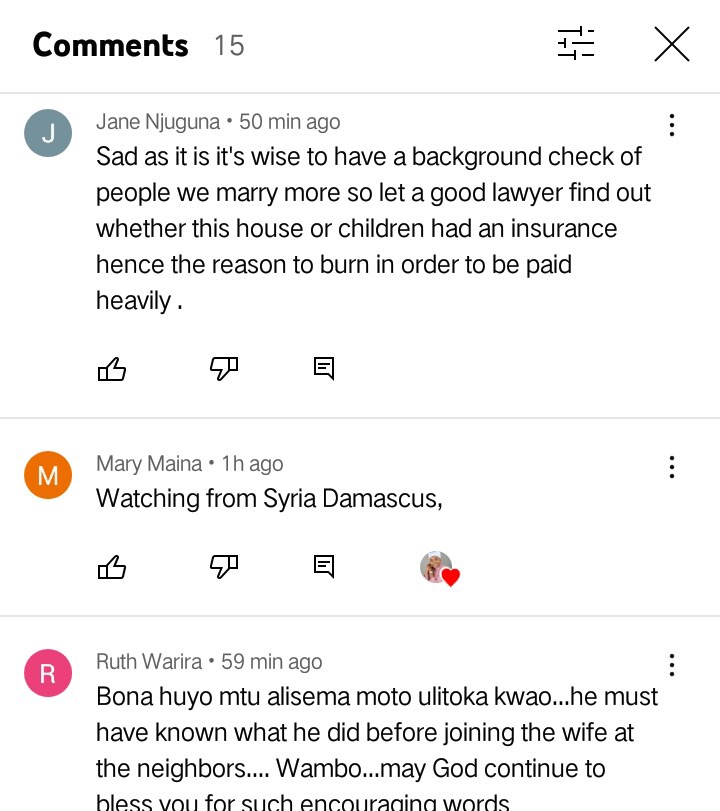 She said that after a week her husband wax arrested and he denied the allegations he was taken to court but the Case was later closed under unclear circumstances. Eunice buried her children but she still hopes that one day she will find justice for her dead children.