According to the reports given by a reliable source of information, it has been revealed that a Form 4 girl has died after giving birth in HomaBay.

In a news report that has been shared by Ramogi Fm, it has been revealed that Candidate who is yet to sit for her exams Allegedly died moments after giving birth in a hospital.

This is happening at the same time when the government has called upon Kenyans to make sure they stay Vigilant ahead of the approaching festive season where most children are taken advantage off.

According to the reports given by the government, it has been revealed that there is an increasing number of pregnant teenagers in the country.

While reacting to this incident, Kenyans who took to their different social media accounts to express their opinions on the matter have sent their condolences to the family and friends of the dead student.

According to the reports given by most Kenyans, they claimed that it is so unfortunate that the government is yet to do something about the increasing pedophiles in the country despite the fact that the numbers keep on increasing. 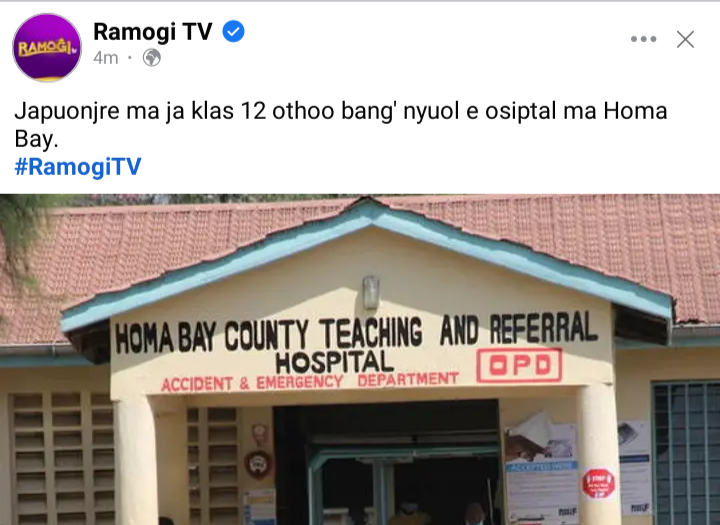