Being a mother is really a hard task. Mothers should be given a round of applause and respect for their concise work especially in raising children. Look at the case of those who give birth after rejections and breakups with their husbands.

During my normal survey, I discovered that mothers can do anything to make sure their children are safe in terms of food, shelter and clothing. For instance, let us have a look at this woman who has been an inmate and is where she raised her child for the period held in captivity.

Former inmate who hails from Mathioya in Muranga County has left netizens speaking after she narrated how she was found guilty of involving herself in criminal deals that saw her serve a seven years imprisonment which started at a time when she was heavily pregnant.

Narrating her story to investigative freelance journalist Simon Kibe, Anne Waithera revealed that she gave birth while in prison, took care of her new born for a period of three years and later requested her relatives to take the child so that she could continue with the jail term. 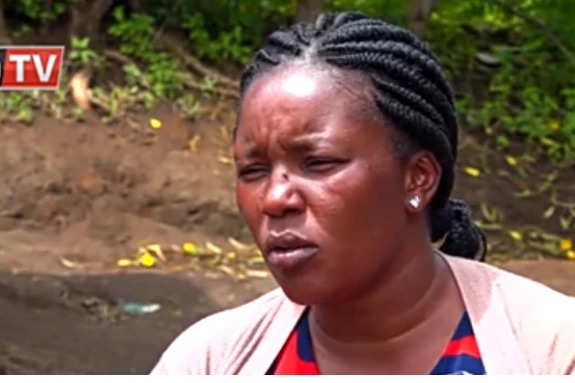 Anne was found guilty of handling stolen property which had been brought to her house by his boyfriend. He had come home with a phone and a laptop which he claimed that they belonged to one of his customers who had forgot them in his taxi.

In a surprise ambush, the police raided her house and found the goods in her custody. More investigations were done in the man's residence where more electronic goods which were allegedly stolen were recovered.

They were finally arraigned in a court of law, but his boyfriend was later released from prison under unclear circumstances only to be gunned down in a robbery with violence scene.

You all know how those cells in prison are unfavorable. In this case, a pregnant woman detained and jailed with her pregnancy on. As if this is not enough, she even gives birth in the same prison; regardless of the conditions and manages to raise her child for 3 years. My question goes by , how could she manage it yet in prison you don't carry money with you? Could she be sharing the same food given to prisoners together with the child? It is really confusing but all we know she managed to do it and the child grew upon her hands.

Don't forget to follow my channel for more updates like this one. Thank you for reading too!