By CurrentKenyanUpdates (self media writer) | 5 months ago 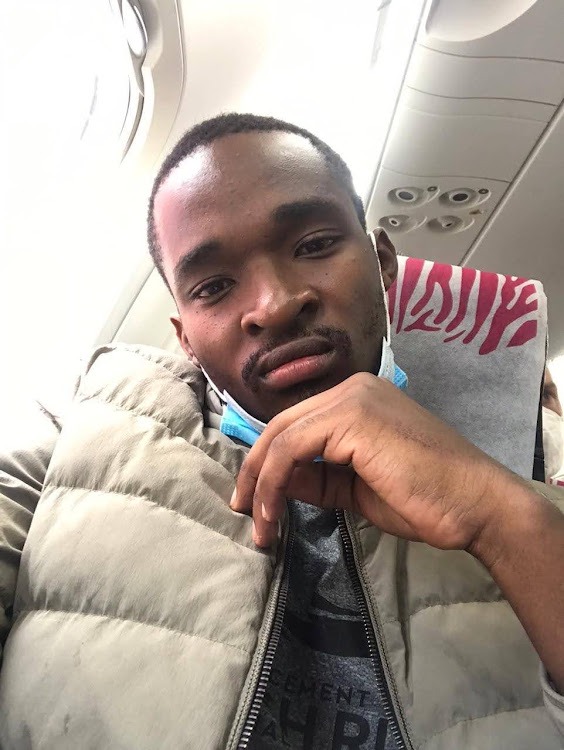 “I thought my son sold air tickets online. That is what he had told me when he left home in February. But now that he has been found dead, I am also shocked about what is it that made my son die the way he did. He had money. When he got the money you could see on his WhatsApp status he was in Mombasa, sometimes he was in an aeroplane. I asked him and he told me the money he has is usually commission from the business he was doing.”

Those are the words of the bereaved parent to the late Frankline Obegi, who has been laid to rest today at his rural home in Bogwendo village. Obegi was was born on 06/09/1996 , the second child to to Mr. Evans Mose also known as Bowendo and Beatrice Nyanchama. Obegi was a brother to Leytone Teya and Gilger Nyang'ate. Obegi's body was to arrive at Kinara Hospital mortuary in Bwomboga at 9:00AM before leaving to Nyawira his home town for the final respects at 9:30am.

At 10am, Obegi's body leaving for Bogwendo village, Obegi's rural home for prayers before the main sermon. Obegi begun his education in 2001 at Lutheran Academy, He later joined Dorcas Sigara memorial academy, here he managed to sit for his KCPE exam in 2009. Afterwards, in 2010, he joined Cardinal Otunga High school and sat for his KCSE exam in 2014. He later on enrolled at Multimedia University for an ICT degree. He was yet to graduate from the university.

in reference to his family, the youth Obegi had enjoyed good health throughout his life until 20th June 2022 when he met his death at Kijabe forest. A day after Obegi's mysterious death in Kijabe forest, his father spoke to the media claiming that he had only known about his son's tragedy through one of his friends. He also said that his son had gone missing earlier.

Frank Obegi's body was among other four that were found in the forest a week after they were all reported to be missing. As the case is being handled by the DCI, several claims arise over the social media networks and platforms that spamming and conning being the major claim to causing their deaths.

Content created and supplied by: CurrentKenyanUpdates (via Opera News )

"Raila Does Not Need Your Security, He's An Institution On His Own" ODM Tells Ruto

Prime Cabinet Secretary Mudavadi, Other Gov't Officials, Jet Out Of The Country For A Two-Day Tour