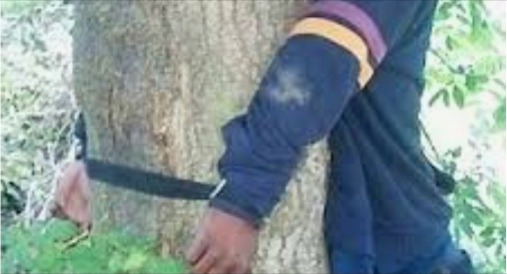 Parents have been using different modes of punishment for their Children especially during this generation where the teens and some Young youths who are still under the care of Parents have developed very bad characters. Some parents have gone at extreme levels by using poor methods to instill discipline to their children.

For these reasons, Some parents and guardians have found themselves on the wrong side of the law, paying heavy fines or even going to jail. Cases of Children who were mistreated to death have also been reported in the past, more specially to those foster and step parents.

This was however evident in Turkana County, where a Young Kid about 12 years old was found breaking the rules put in place by the community. Although they never said it in Public, they decided to punish the young one who had no way of escaping the decisions made by the elderly.

A Video doing rounds on social media Showed the boy who was tied on a tree with a huge trunk. The small black insects were moving up and down the tree in searching for food and they decided to bite Him all round His body. They had a fancy time to enjoy as the teen could not untie Himself from the tree.

Feeling the pain, the Victim started crying out for help from around, while jumping up and down. He was also feeling pain on the bare leg which was touching the ground. All this while, the perpetrators of this Crime were sorrounding Him while talking in low tones. They hod their faces from the Camera. 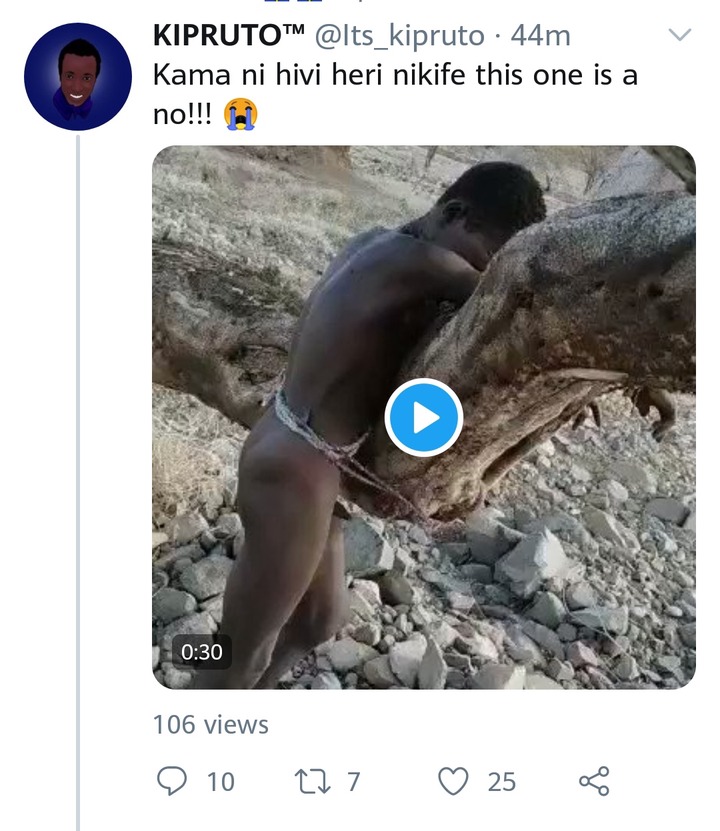 The final condition of the Boy has not been reveled upto now. Kenyans who have always condemned such heinous behavior took to twitter to attack the individuals while tagging the Directorate of Criminal Investigations asking for the immediate tracking and arrest of the elders.

The Child Rights Commission in Kenya has always insisted the public to report such cases which have escalated during this period of Covid-19 where the domestic violence is now the norm. Many have fell on the dragnet of the Investigative body, who in turn prosecute them. Watch the video after clicking on the link below :

Kenyans gave their observations as follows : 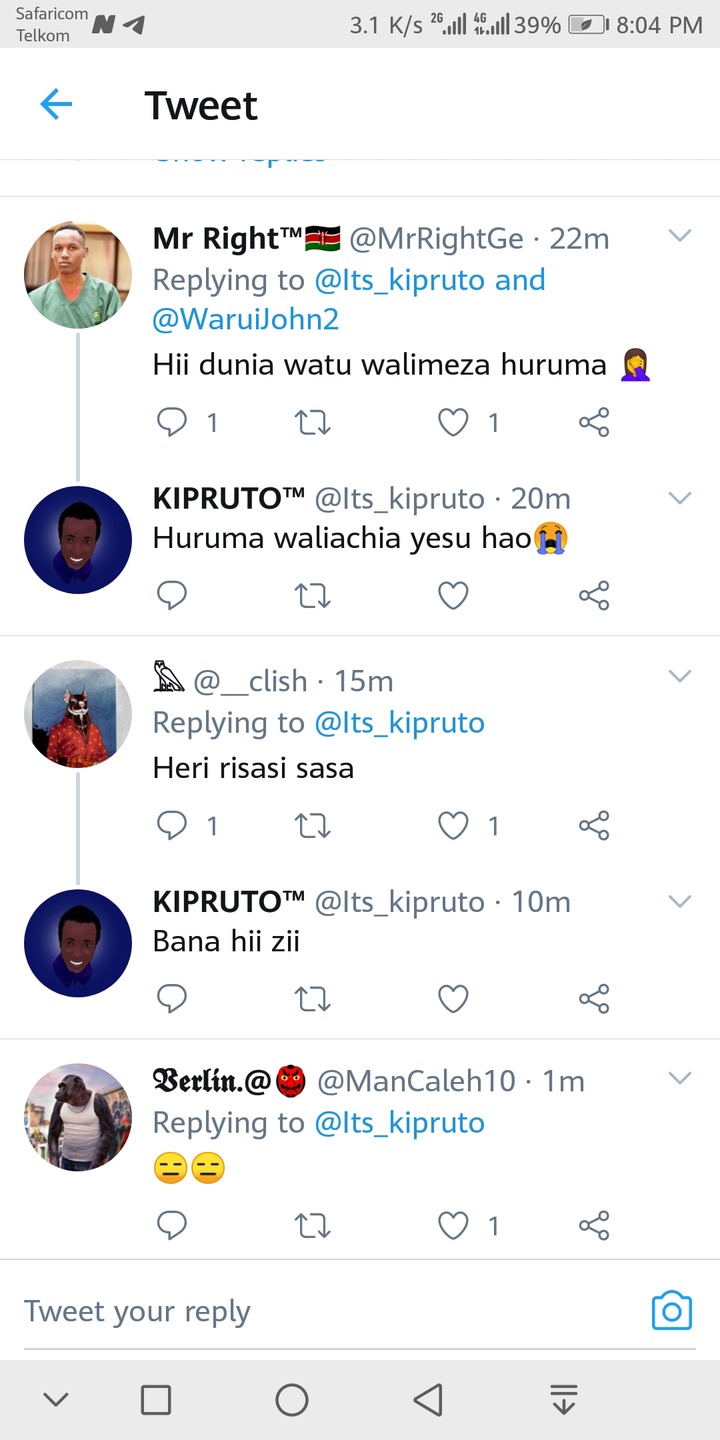 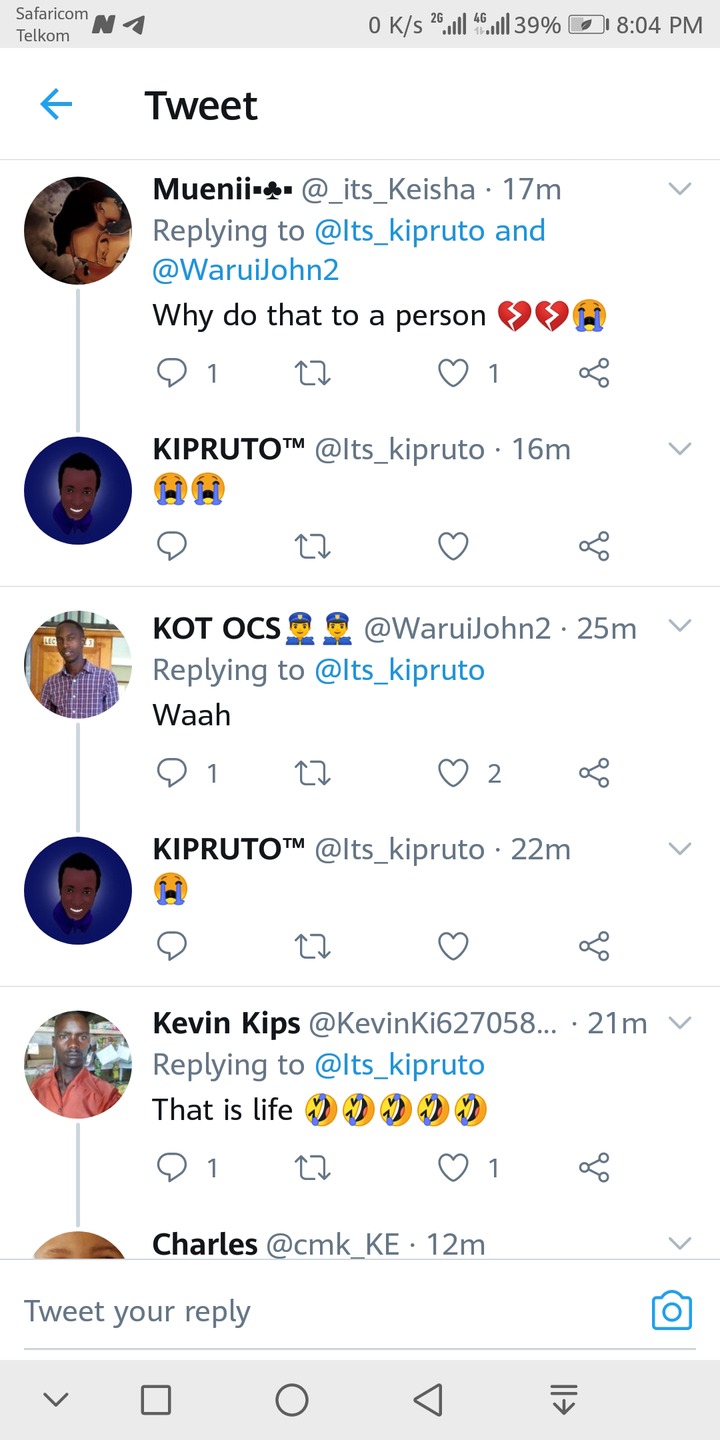