First Impressions Matters And Are Lasting, See How

By Prof.Easting (self meida writer) | 8 days 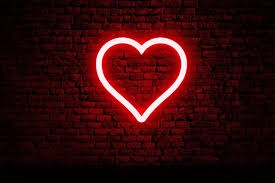 If you were raised by parents who continually told you what a good person you were, who loved you, encouraged you, supported you, and believed in you, no matter what you did or didn't do, you would grow up with the belief that you were a good and valuable person. By the age of three, this belief would lock in and become a fundamental part of the way you view yourself in relation to your world. Thereafter, no matter what happens to you, you would hold to this belief. It would become your reality. 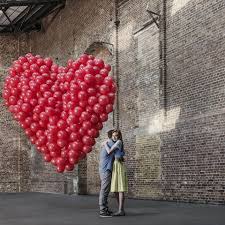 If you were raised by parents who did not know how powerful their words and behaviors could be in shaping your personality, they could very easily have used destructive criticism, disapproval, and physical or emotional punishment to discipline or control you. When a child is continually criticized at an early age, he soon concludes that there is something wrong with him. He doesn't understand why it is that he is being criticized or punished, but he assumes that his parents know the truth about him, and that he deserves it. He begins to feel that he is not valuable or lovable. He is not worth very much. He must therefore be worthless.

Almost all personality problems in adolescence and adulthood are rooted in what psychologists refer to as love withheld. The child needs love like roses need rain. When children feel unloved, they feel unsafe and insecure. They think, ''I'm not good enough.'' They begin to engage in compensatory behaviors to make up for this inner anxiety. This sense of love deprivation is manifested in misbehavior, personality problems, bursts of anger, depression, hopelessness, lack of ambition, and problems with people and relationships. 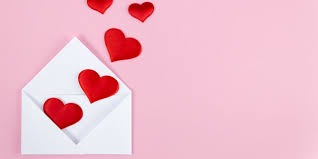 You Are Born Unafraid

The child is born with no fears, except those of falling and loud noises. All other fears have to be taught to the child as he or she grows up.

The two major fears we all develop are the fear of failure or loss and the fear of criticism or rejection.We begin to learn the fear of failure if we are continually criticized and punished when we try something new or different.We are shouted at and told, ''No! Get away from there! Stop that! Put that down!'' Physical punishment and the withholding of love, possibilities that scare us and make us feel insecure, often accompany these shouts and criticisms.

We soon begin to believe that we are too small, too weak, incompetent, inadequate, and incapable of doing anything new or different. We express this feeling with the words, ''I can't, I can't, I can't.''Whenever we think about doing something new or challenging, we automatically respond with feelings of fear, trembling, and a churning stomach.We react exactly as if we are afraid of getting a spanking.We say, ''I can't'' over and over.

The fear of failure is the primary reason for failure in adult life. As the result of destructive criticism in childhood, we hold ourselves back as adults. We sell ourselves short. We quit before we even try the first time. Instead of using our amazing minds to figure out how to get what we want, we use our reasoning ability to create reasons why we can't, and why the things we want are not possible for us.

The Need To Be Loved

The second major fear that holds us back, undermines our confidence, and destroys our desire for a happy life is the fear of rejection, and its expression, criticism. This emotion is learned in early childhood as the result of our parents expressing disapproval of us whenever we do something they don't like, or don't do something that they expect. As a result of our displeasing them, they become angry and withdraw the love and approval we need so much as children.

As an adult, a child raised with what is called ''conditional love'' (as opposed to unconditional love, the greatest gift one person can give to another) becomes hypersensitive to the opinions of others. In its extreme form, he cannot do anything if there is the slightest chance that someone else may not approve. He projects his childhood relationship with his parents onto the important people in his adult life-spouse, boss, relatives, friends, authority figures-and tries desperately to earn their approval, or at least not lose it.

For most people, their fears govern their lives. Everything they do is organized around avoiding failure or criticism. They think continually about playing it safe, rather than striving for their goals. They seek security rather than opportunity.

Kenyan Celebrities Who Celebrated Mother's Day In a Special Way