By YahilFelix (self media writer) | 8 months ago

Did you know oxygen can cause blindness in new borns? such is a story of one Jane Nyokabi who gave birth to a preterm baby. According to the Standard Digital's, The Standard Health, Nyokabi gave birth to Amanda at 29 weeks weighing only 800g. This made Nyokabi anxious about her baby's survival. The baby was immediately placed in the Neonatal Intensive Care Unit at Kenyatta National Hospital. 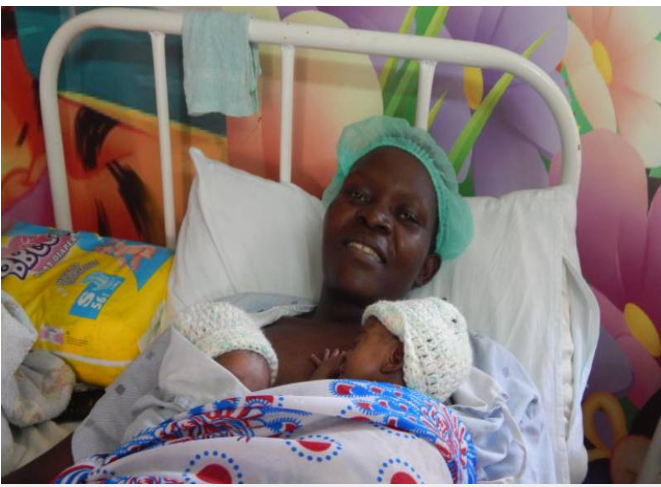 The delivery of Amanda prematurely was accelerated by her mother's diagnosis of high blood pressure. Nyokabi's agony was added when baby Amanda was placed in oxygen. According to specialists, the oxygen can cause problems with the baby's sight if not balanced. A week later, the baby reduced to 600g but eventually she added more weight. She was placed in the Kangaroo unit to enhance her growth. 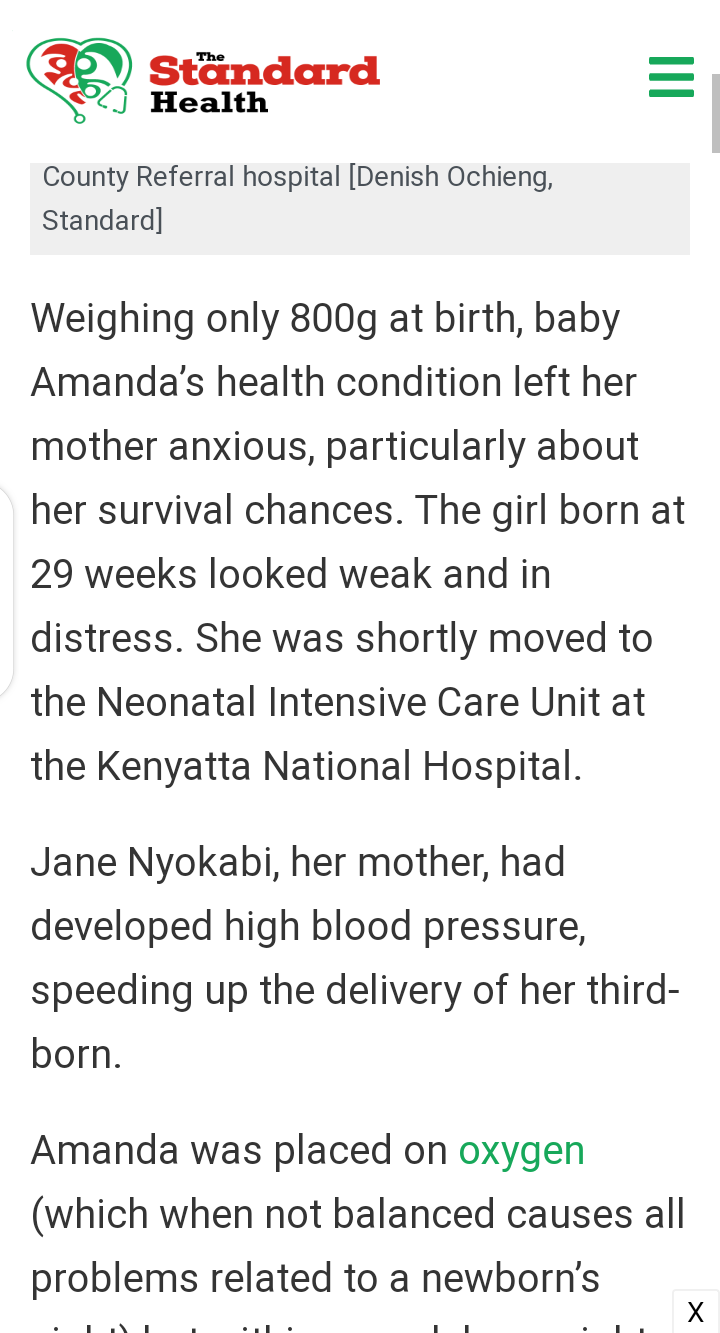 A week later, more agony for Nyokabi as her baby was diagnosed with another condition, Retinopathy of Premature (ROP). This is an eye defect that abnormality development of blood vessels in the retina, resulting in permanent blindness among children. Nyokabi was bewildered at the thought of having to bring up a visually challenged child. She narrated, "My baby's eyes did not seem to have a problem, when I cuddled her, she would return a big smile."

Amanda had to undergo surgery which involved injecting a special drug in the eyes to stop the growth of blood vessels. The drug is called Avastin which works by preventing a protein called vascular endothelial growth factor (VEGF). Some cancers cells produce too much VEGF, Avastin blocks the production of more of them, thus no more blood vessels may grow.

Doctors initially recommended laser surgery but later decided to do an injection. The baby was placed under observation in Kangaroo unit but within three months, the condition recurred. This prompted another procedure, which succeeded. The baby is now 5 kgs and doing well. Her mother could not hide her tears of joy as she narrated that she sheds tears of joy when she sees her baby play and laugh. She added that she never knew that her baby would lead a healthy life, she got worried when the situation kept recurring.

According to experts, baby Amanda's condition was caused by low birth weight and premature. Many preterm babies develop Retinopathy of Prematurity which needs close motoring for early detection.