After Liverpool 2-2 Draw With Man City, See New Position Of Chelsea And England Table Of Fixtures

By Revised (self media writer) | 21 days ago

After Saturday 6 matches kick off's, today on 3rd Sunday, 4 clashes were held to complete the English premier league weekend matches. Below is a table of the matches played; 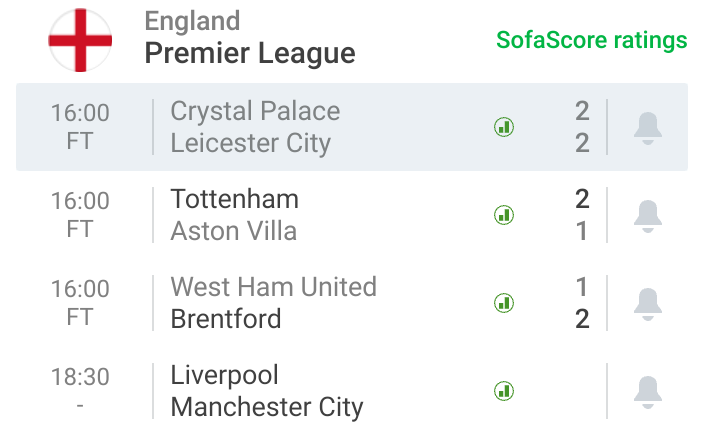 The first match was Crystal palace against Leicester city. Clash which started on pressure with Leicester City dominating the first half. Iheanacho and Jamie Vardy on 31st and 37th minutes conservatively. Second turned Leicester wish to horses. Crystal equalized the goals on 61st and 72nd minutes through Michael and Schlupp. Which ended the match a draw of 2-2. 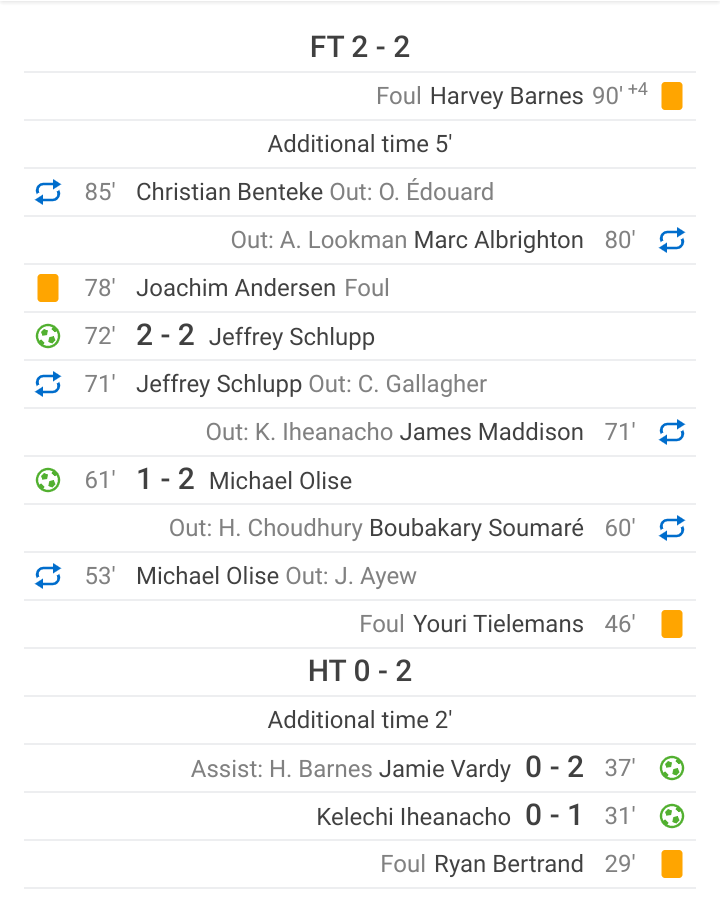 Tottenham against Aston Villa started at 4PM. Tottenham leading the first half one goal neal. The Villan's equalized the goal through Watkins. Due pressure from Tottenham, they caused a own to the Villa through Matt Targett hence ending the match 2-1. 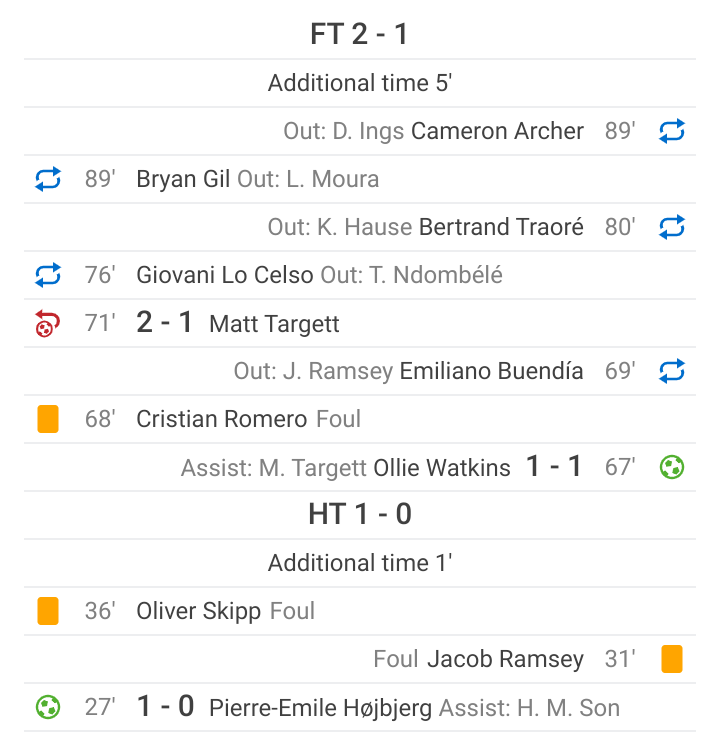 West Ham United against Brentford match ended first half west Ham dominating 0-1. The second kick off was equalized by Jarrod Bowen on 80th minute and later West ham returned on Match winning 1-2 concluded by Wissa on the 94th minute. 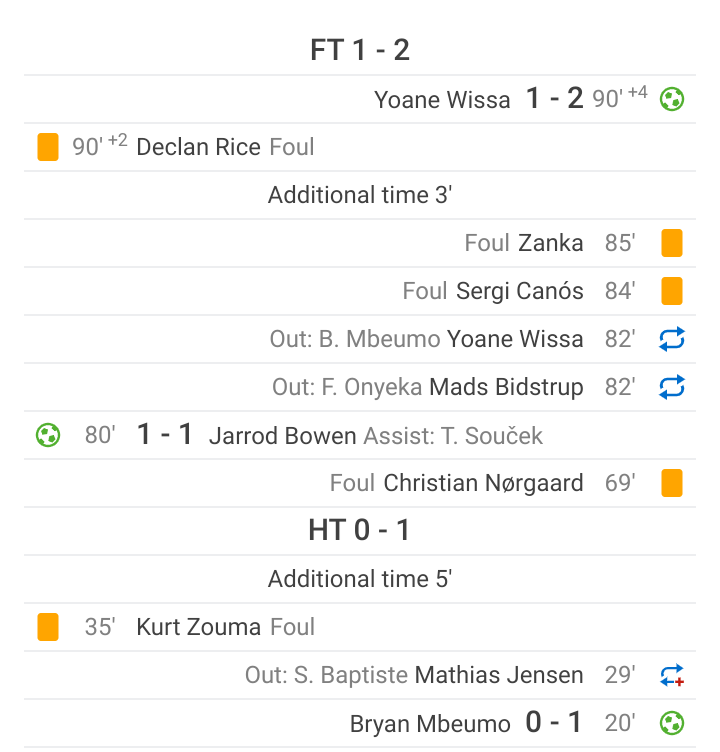 The last and classy clash between the Reds and Manchester City game which had been eagerly awaited by the ungry funs, ended on first half neal. Weighing equally. Second half turned an event of goals between the two teams. Sadio Manne and Mohammed Salah for Liverpool, Phil Foden and Debryune for Man City finalized the match a draw of 2-2. 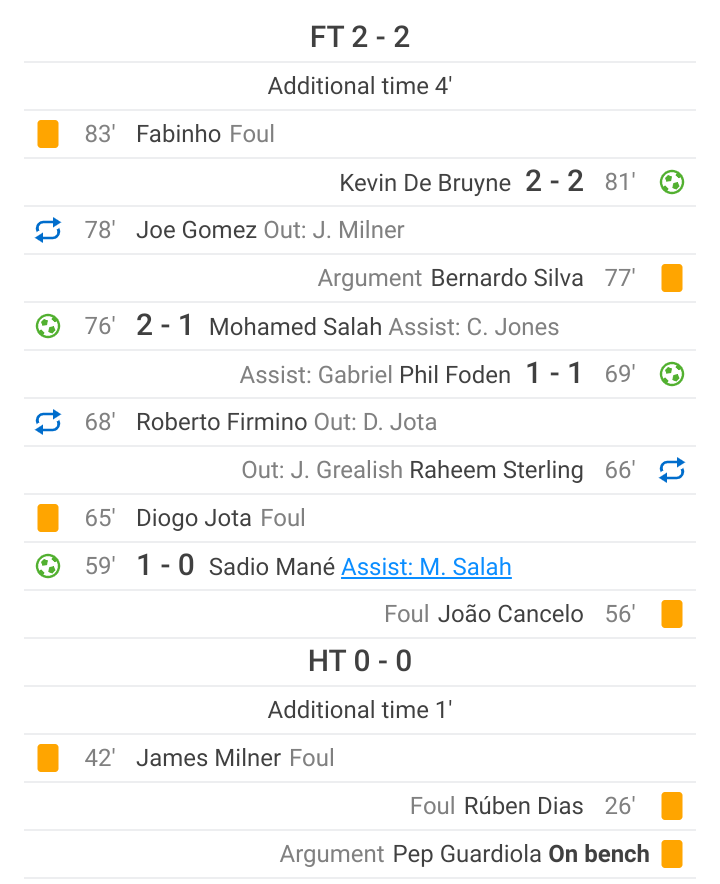 These are table of fixture's recording changes after today's matches. 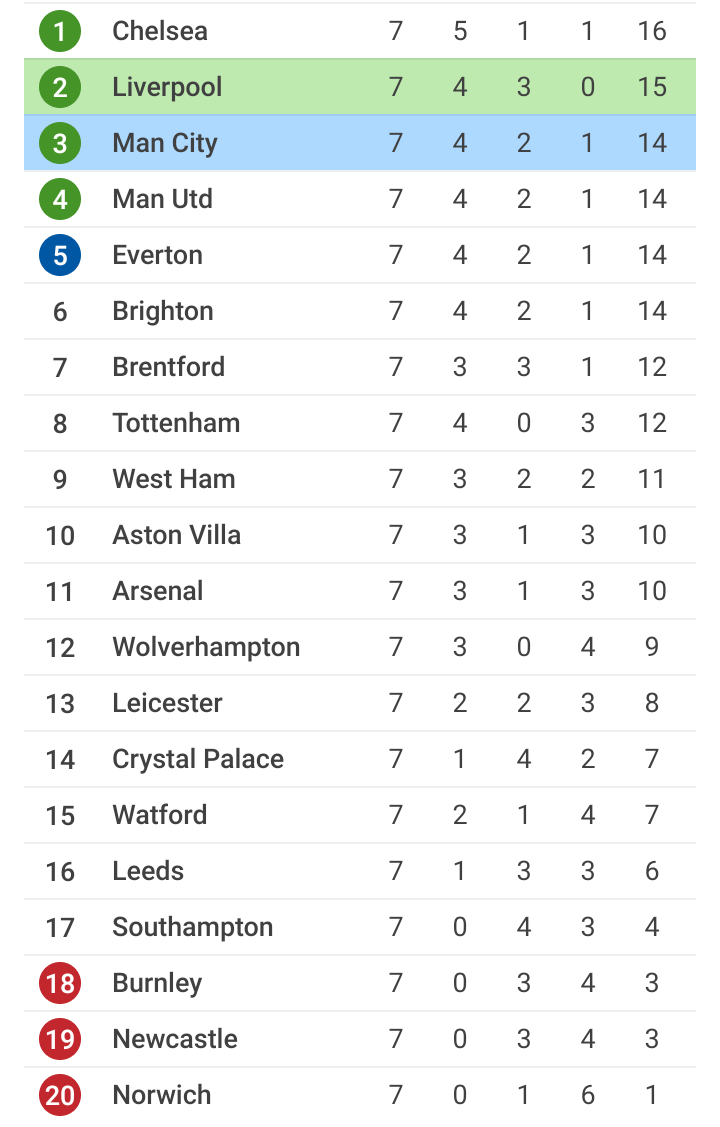