'Ruto Has Tricked His Opponents With Bottom-Up To Stop Talking About Corruption; Dr Kaluyu 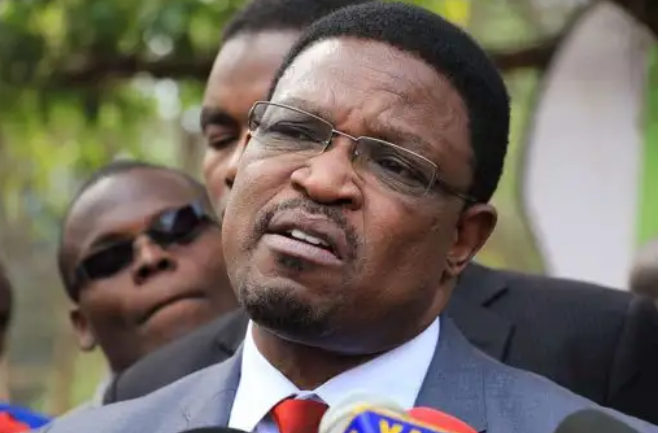 Dr. Japheth Kavinga Kaluyu, who recently announced his presidential candidacy has declared that while he continues selling Kenyans his manifesto, he will not stop talking against corruption, and will be equally as passionate about it.

The largely unknown US -based politician asserts that Deputy President William Ruto may be one of his rivals, but credit has to be given to him over how he has managed to craftily distract all his rivals from talking about corruption, to now attacking his Bottom-up approach.

Dr. Kaluyu was speaking on TV47’s Pundits Night which was hosted by Abubakar Abdullahi. The other host on the show was Professor Wajakoya, who has also made public his presidential ambitions.

He said that one of the biggest problems which the country is facing is corruption, but unfortunately, the discourse against it had been brought to an end by DP Ruto’s ingenious machinations. He claimed that everyone was now fixated on the DP’s bottom-up approach and had forgotten the war against graft.

He, nevertheless, excluded himself, saying he would continue preaching against it.

Apart from his pronouncements, Dr. Kaluyu made some pretty weighty contributions on the whole issue of bottoms up, outlining the reasons why it’s likely to work in the American case of Joe Biden, but doomed for failure in the case of Deputy President William Ruto.

Drawing clear distinctions between democracy and democratisation, he said that the major difference between the viability of economic models in the two countries lay in the institutional structures.

Born on October 20 1966 in Kakuuni village, Makueni County, Kaluyu’s father was a business man and his mother a teacher.

He went to St Charles Lwanga Secondary School in Kitui and proceeded to Thompson Falls High School in Nyahururu.

Dr Kaluyu claims he worked at a bank after high school and saved enough money to travel to New Jersey, US in 1993 in a bid to seek greener pastures.

He joined Ramapo College for a Bachelor of Finance and Economics degree and pursued a Masters on the same at New Jersey Institute of Technology.

He holds a PhD in Urban Health Policy from University of Medicine and Dentistry in New Jersey. He says the desire to become president.