By BensonLugaria (self meida writer) | 22 days

Arsenal have been doing well of late and will be keen on a win at home against Brighton to wrap up what has turned out to be a very disappointing season for them. The Gunners will be going to this match placed ninth with 58 points and take on 16th placed Brighton who have so far managed to secure to 41 points.

This is a must-win competitive for The Gunners as they push for European football though not all is in their control. It is not a clash Arsenal have been looking forward to over the years; they get to this game with just one win in their previous six meetings with Brighton. 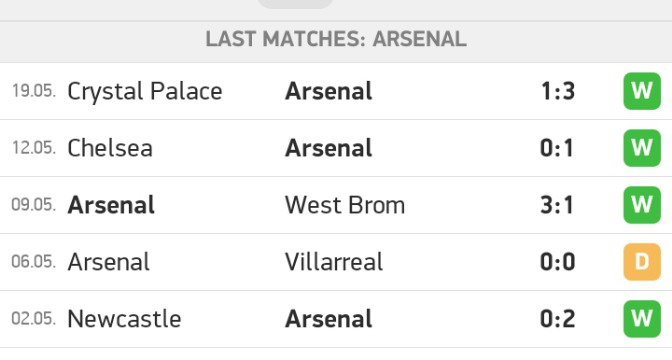 The win came in their December meeting and it was labored, with Alex Lacazette scoring the only goal in the 1-0 victory. Getting to this game though, Arsenal are undefeated in their recent five competitions across all competitions, and have recorded four straight wins in the Premier League since the home loss to Everton.

They have netted two or more goals in three of their past four league competitions and will only be hoping to improve on their recent performances at home soils. In the last four home matches in the league, The Gunners just have managed a single win; in their last game against Crystal Palace.

While the 3-1 victory would look comfortable on paper, in reality it wasn’t; The Gunners needed two goals in added time to secure the three points after being dominated by Palace for long periods. 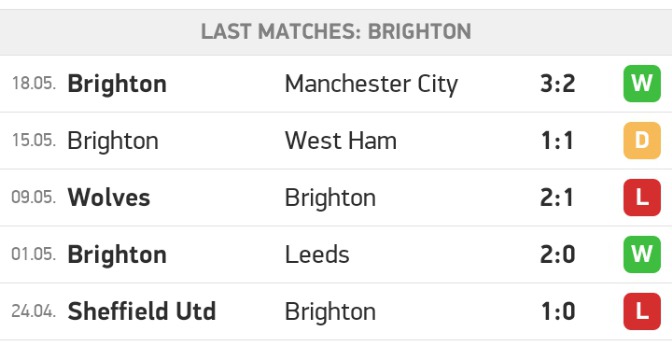 Brighton are coming to this clash from a win too; they beat Manchester City 3-2 after coming from 2-0 down. They were helped on by the fact City had a defender sent off in the 10th minute, while City’s Champions League targets also diminished their push in the game.

Brighton have spent most of the season trying to avoid relegation and with that achieved, they won’t have much to play for in this meeting. Neal Maupay, who has a history frustrating Arsenal is out of this game while Danny Welbeck is a doubt for his reunion with Arsenal.

Their historical victory over City was momentous and Brighton gave a lot in it, which may have after-effects as they travel to London. It was their second win in eight consecutive matches and will not elevate The Seagulls from their underdog status as they face Arsenal, who need a win in this game. 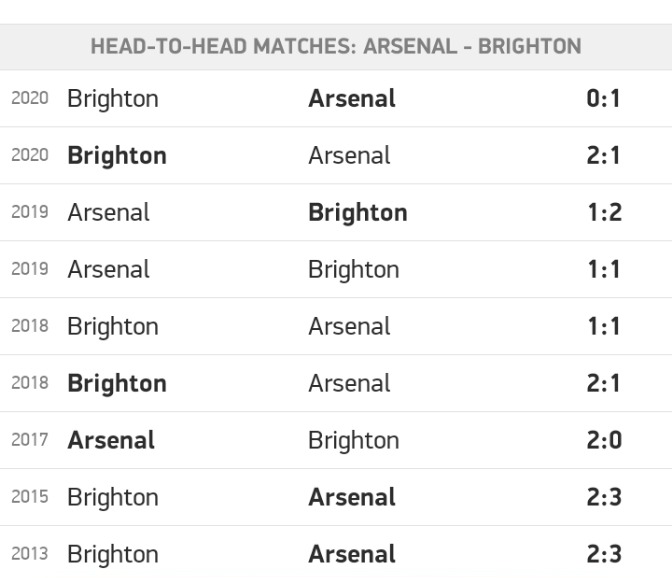 The visitors’ away performance has no win in the past four matches, and just one in seven. With three wins in the last six meetings against Arsenal, they will be hoping the dominance continues. But this will not be the case as they face this giants,the hosts have been awarded the highest percent to collect the three points though,with over 2.5 scores.