A 23-year-old househelp, Lillian Rimanto, from Inkariak Ronkena village in Oloitokitok, Kajiado County has reunited with her family after she was detained in Abu Dhabi after her rogue employer confiscated her travel documents. 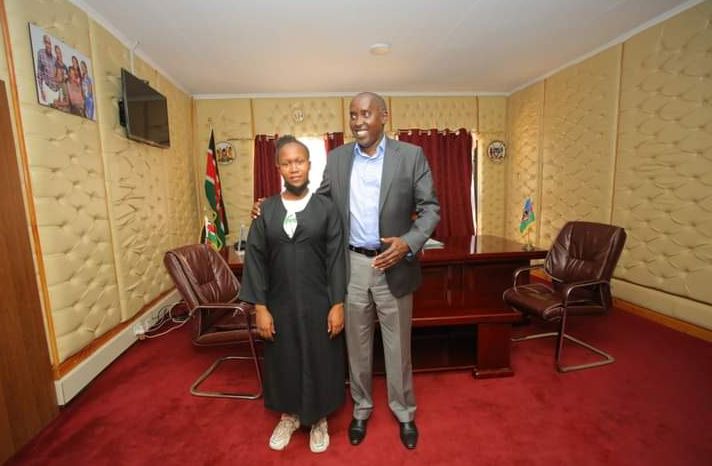 Rimanto, who landed in the country on Saturday with Etihad Airways, was emotionally welcomed by her family at the airport. Rimanto said she worked for two months as a house help for an Arab family in Alshamka, Abu Dhabi, before her stay became untenable due to mistreatment.

According to the reports, Rimanto fled from the home in December last year and sought refuge at a safe house where several Kenyans lived. Eight months of anxiety, hunger and risk of arrest for the woman became unbearable forcing her aunt in Nairobi, Peninah Soila and elder sister to Lorna Lemaiyan to seek the help of the Kenyan government to bring her home. When help was not forthcoming the family sought the intervention of Kajiado Governor Joseph ole Lenku.

One of the family members said that they had failed to get help from several government offices and hence they asked the governor to talk to a higher authority as they feared Rimanto would die in Abu Dhabi.

The family said how it was scary to sleep well when their daughter who wanted to seek a better job to have a better future in foreign land was being treated after she called back home.

The Governor himself, Ole Lenku, was forced to fly to Dubai to meet diplomatic and immigration officials in UAE to help facilitate the return of Rimanto to Kenya. The governor left the country on August 1 and returned on August 6 having met Kenya Ambassador to the UAE Kariuki Mugwe who worked to ensure Rimanto gets an outpass to facilitate her travel without a passport. 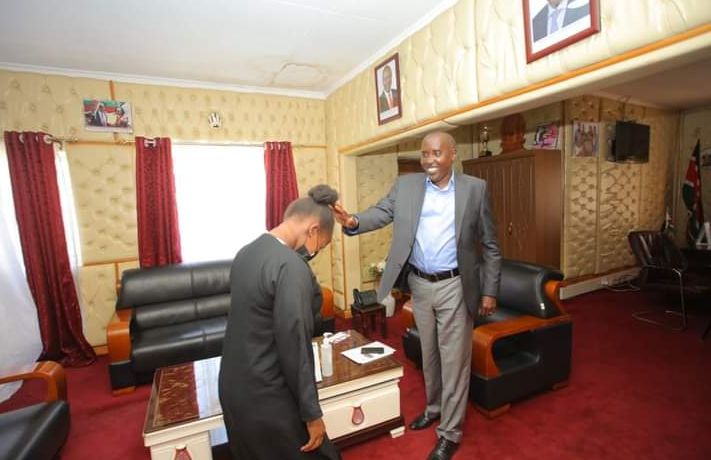 The family was unable to raise money for her air ticket forcing Lenku to pay for the same. Rimanto said she felt so happy after she had landed. She narrated how her life was at risk and how she was brutally abused. She said the governor's timely intervention saved her life.

Lenku said Rimanto would have made it in life had she didn't fall for the wrong employer. The governor also said that he was thankful to God after reuniting Rimanto with her family. He also added that the Country Government would work closely to ensure she recovers quickly from shock and urged the National Government to help others who are stuck in Saudi Arabia.

Content created and supplied by: anderson255 (via Opera News )