By BurettiKiprop (self meida writer) | 27 days

Citizen Television, one of the major famous and popular televisions under The Royal Media Services Management has been forced to apologize to Kenyans and Lawyers Service Commission this evening after making the wrong announcement during the day. Citizen TV through a popular couple of Rashid and Lulu had reported that Chief Executive Officer (CEO) of Lawyers Service Commission Mr. Mercy Wambua had been barred from reaching their premises.

This comes few days after Mercy Wambua reported a case claiming that LSK President Mrs. Nelson Havi physically assaulted and freely removed her from the ongoing meetings. The case is pending and judges will give a ruling soon. 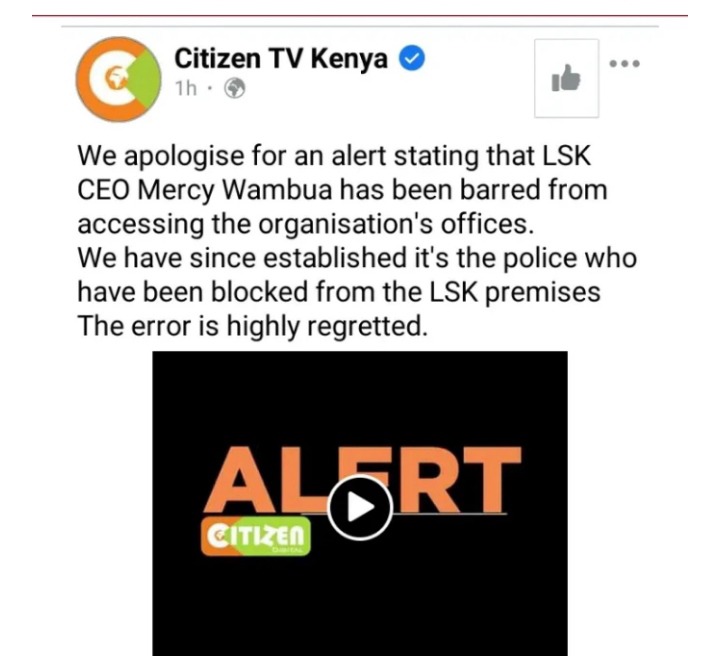 According to the Royal Media Station, they got the wrong version of the report. It has now been revealed that it is the police officers who have been burred from entering LSK premises. According to a reliable source officer, no police officer was allowed to move close until further notice. The management never revealed why they came to this conclusion. Let's wait and hear from them, maybe they are going to give a reason for putting up this measure.

As earlier reported by the TV station, it indicated that the Law Society of Kenya has barred CEO Mercy Wambua from accessing the organization's offices. This came after ugly scenes were observed at the office's premises a few days ago when police officers interrupted the proceedings of the organization's activities of executing services to Kenyans for unknown reasons. 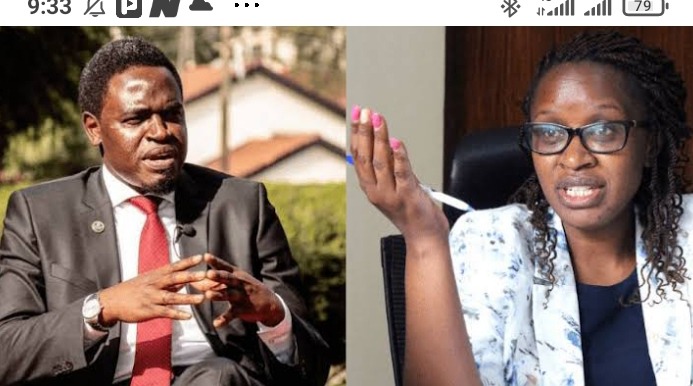 The president of the Law Society of Kenya, Nelson Havi who had expressed her disappointment in the organization over the frequent interruptions was allegedly unobstructed by the said directive. Contrary to the initial announcement that has been already deleted as at now, it's the police who have been blocked to access the premises of the Law Society of Kenya and not CEO Mercy Wambua. The Television has confirmed the announcement through their Facebook official page as they sincerely apologize for the blunder made earlier. 'The error is highly regretted,' they wrote on Facebook.