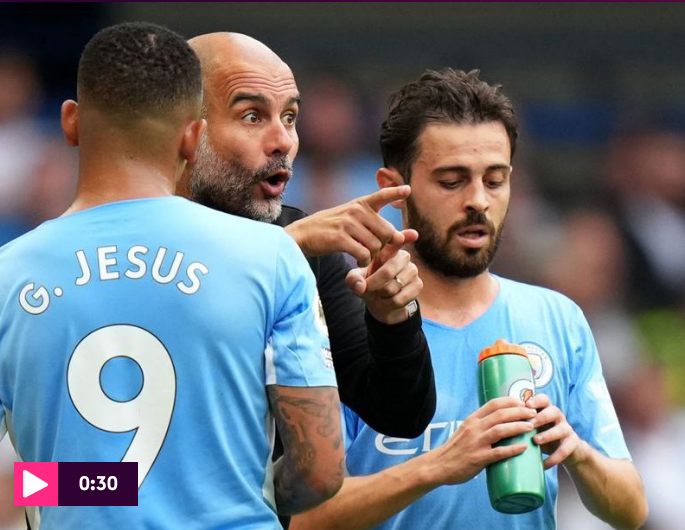 The English Premier League week six matches are now one match only left to call it a successful fixture as different teams recorded various reports against their opponents. The red devils and Chelsea had an early kick-off bad luck on Saturday, as they lost their matches to Aston Villa and Manchester City. 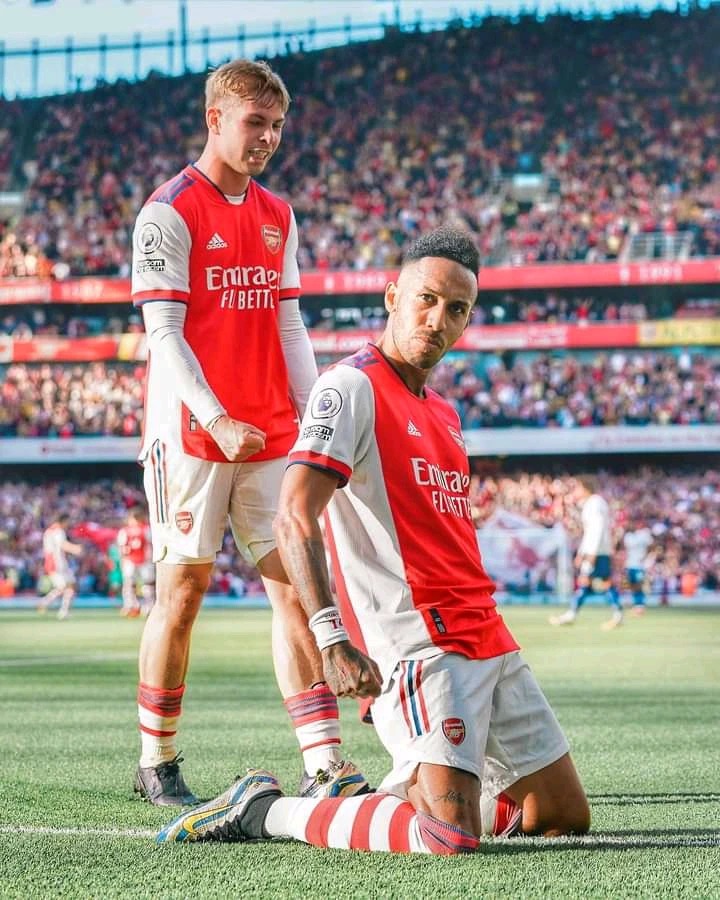 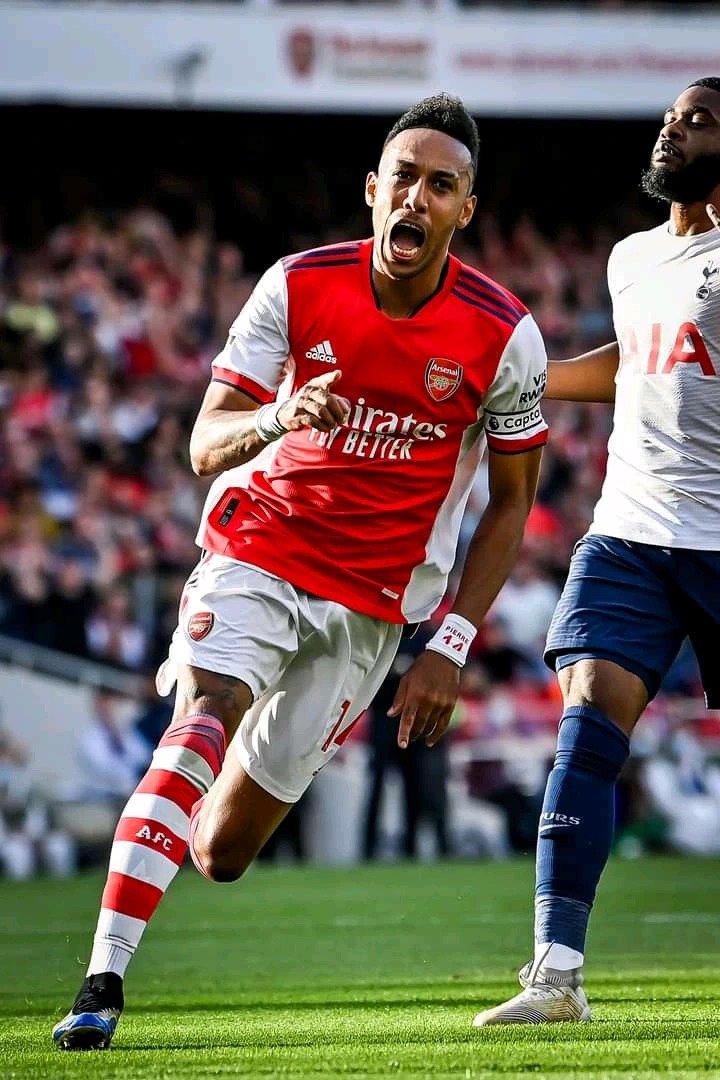 Arsenal on the other side after a bad start is now back on their normal form and the last three games have proved Mikel Arteta's capability with the squad despite the exit rumors. Losing to Manchester City, Brentford, and Chelsea, the boys on Sunday were pleasing during the North London derby against Tottenham. 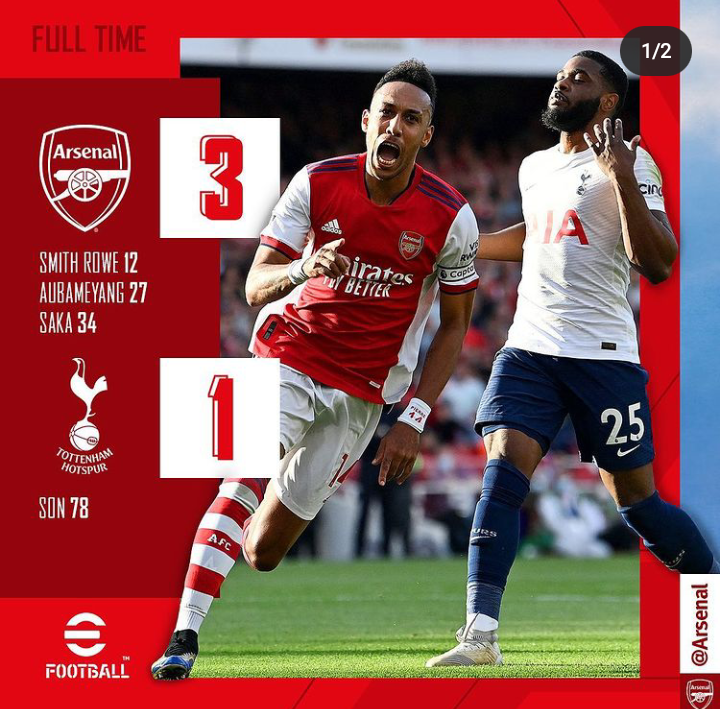 Emile Smith Rowe opened the scoring for the gunners while Aubameyang, Saka, and Heung min son scored the other three goals to make it 3-1 after 90 minutes. Making it the third consecutive defeat this season, Tottenham who after week three were at the top of the table with 9 points are now at position 11 while Arsenal jumped 10th. 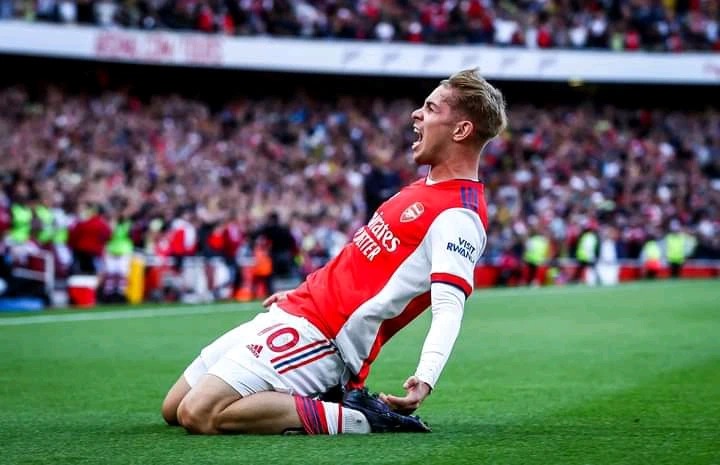 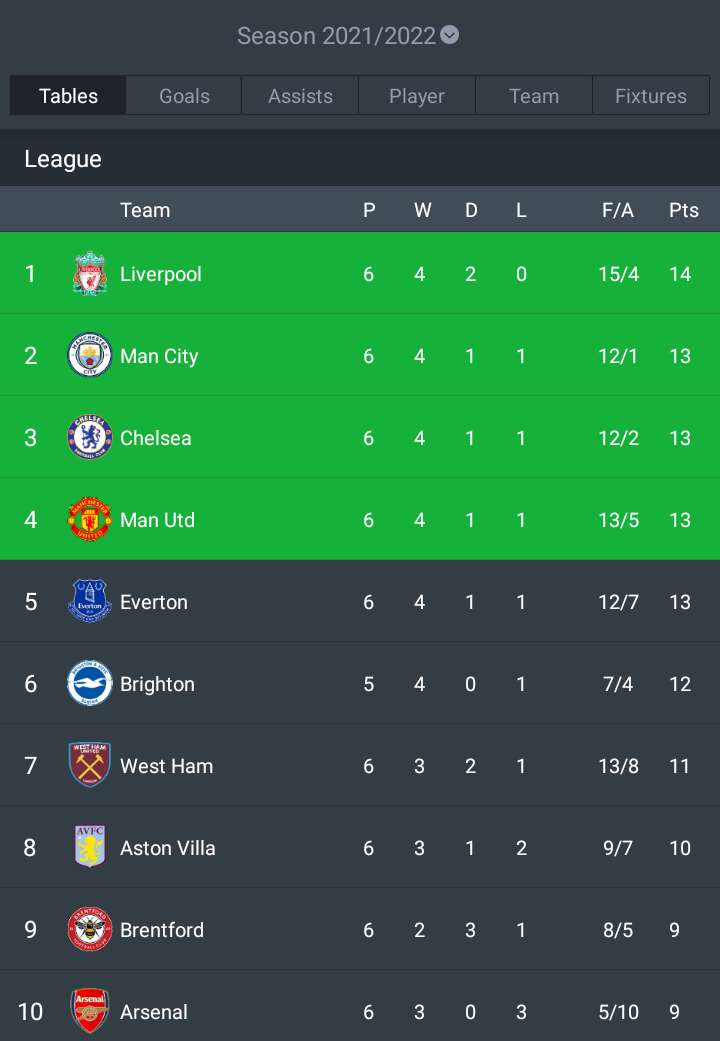 Here is the table. 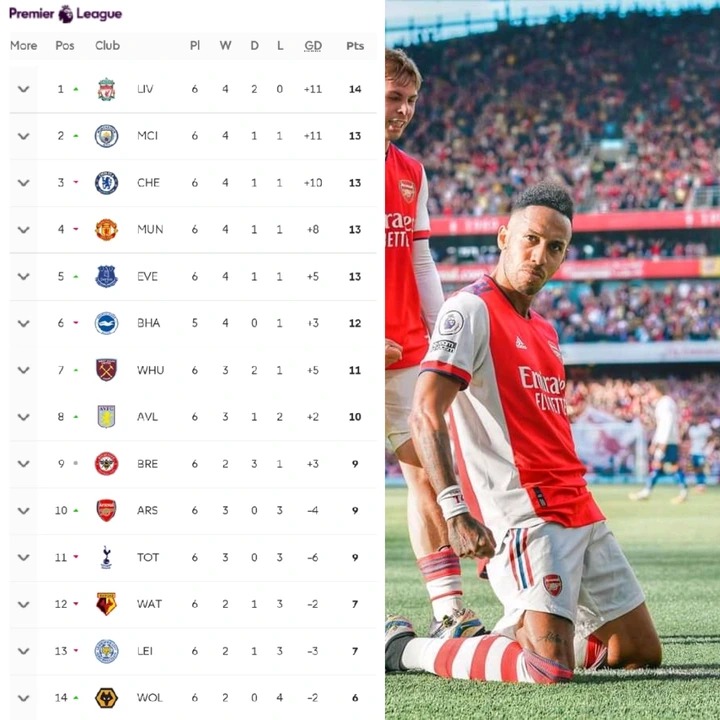