By WhiteSnow (self media writer) | 27 days ago 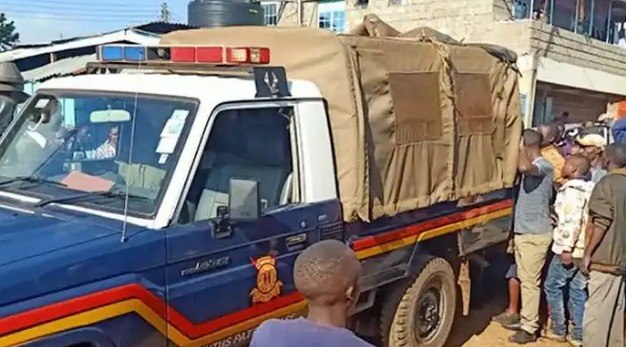 In recent days, Kisii has been in the news with increasing levels of bizarre behavior, from murder to gouging out a boy's eye. Because of these cases, Kisii was targeted and several similar cases were identified.

On Monday, January 9, 2022, Citizen TV Kenya published more disturbing news from Kisii, where a 61-year-old man used a jembe to attack his son to death. 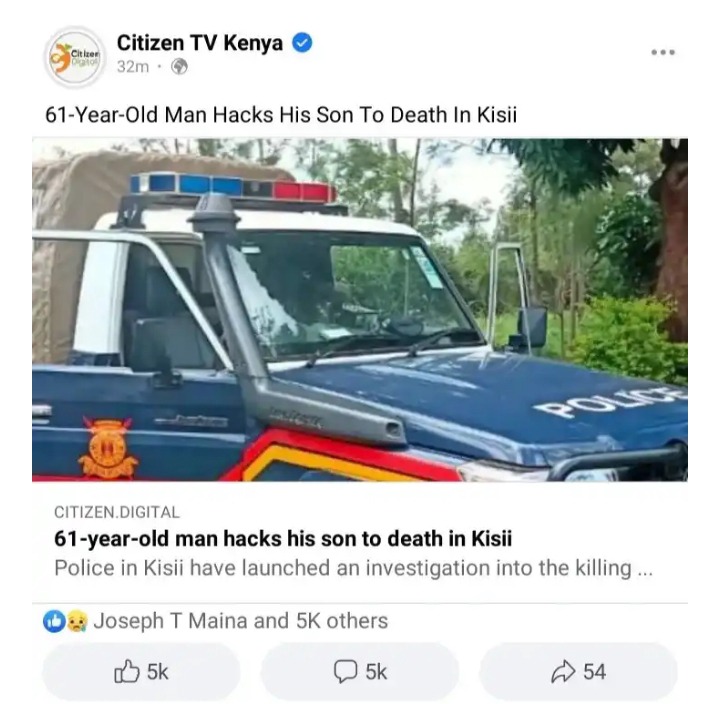 According to reports, the two men argued over the land before the man intervened and killed the son. The body was then taken to Kisii Teaching and Referral Hospital.

While the man was taken into custody after he turned himself in to police, police launched a homicide investigation to find out what drove the 61-year-old to kill his son.

In the wake of the disturbing news, Kenyans have had mixed reactions on Facebook, with some calling for the government to step in and do something. On the other hand, others reacted that Kisii became over the top and affected the good title of Kisii. Here are some reactions. 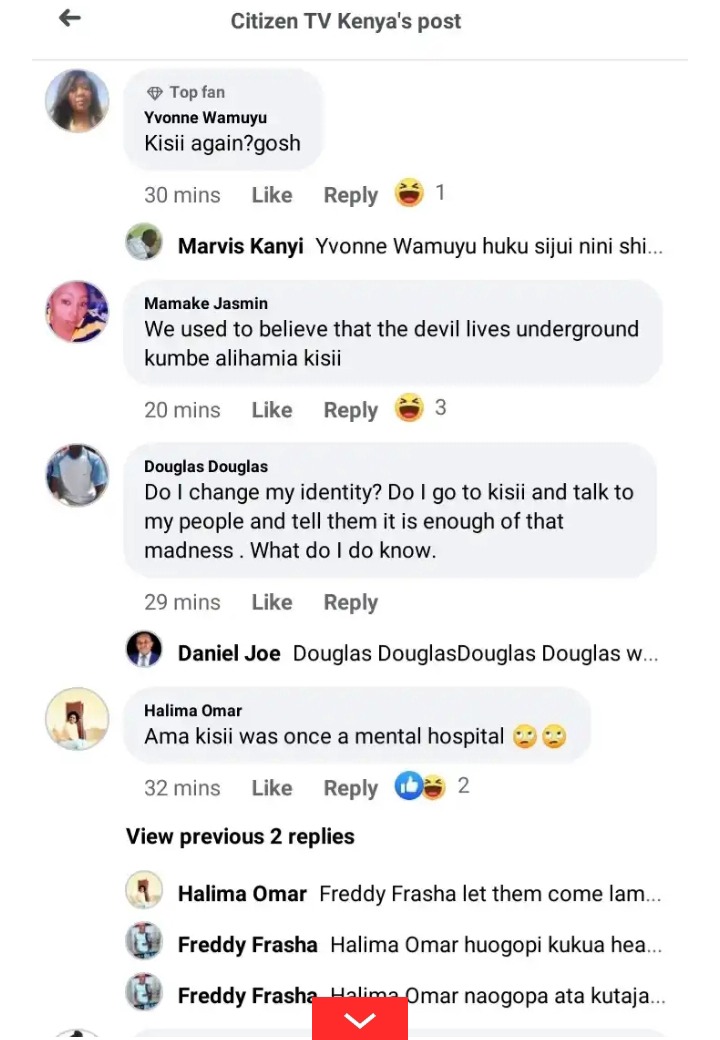 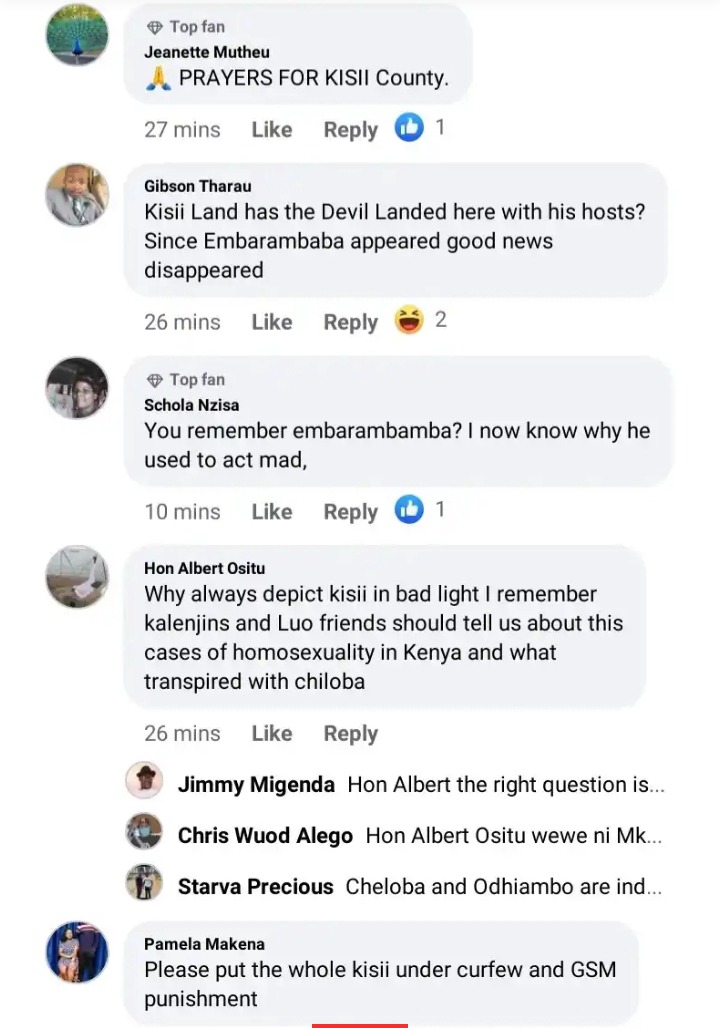