By Suristpolitician. (self meida writer) | 24 days

Hon Ngunjiri Wambugu, who is the Member of Parliarment for Nyeri Town, and also a close ally to President Uhuru Kenyatta ignited a hot debate online when he was spotted in kiambaa in Kiambu County drumming support for Jubilee Candidate, Hon Kariri Njama with other Kieleweke Brigades. 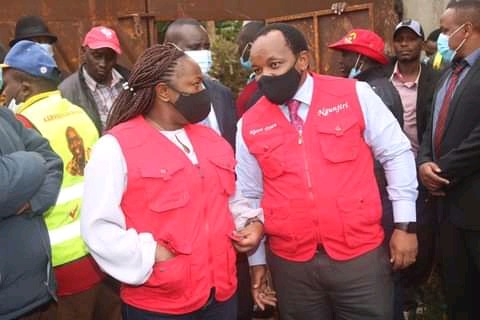 According to his latest post, he confirmed that the whole of kiambaa is singing jubilee party and Kariri Njama. 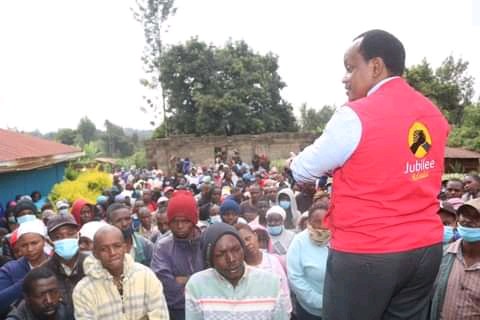 Perhaps, in several rallies that he attended on Tuesday morning, the self-proclaimed 'chief general' of 'Kieleweke' faction of Jubilee urged the residents to respect the President by electing Hon Kariri Njama. He said it will be a big shame to the President and entire jubilee family if the party of the 'outsiders' clinches the seat in kiambaa. 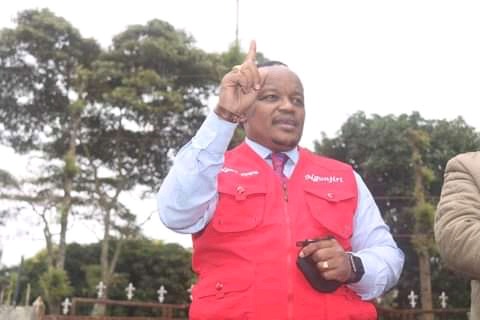 However, he blasted the Tanga Tanga wing of Jubilee for destroying the party, and also disrespecting the President in his home ground. He then declared that as Mount Kenya leaders they are not ready to allow 'outsiders' to come and select leaders for them. 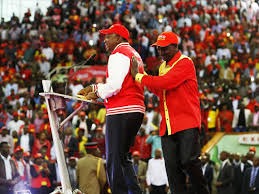 He further maintained that the jubilee Party is the strong party in central region and the president Uhuru Kenyatta is still the kingpin of the region. 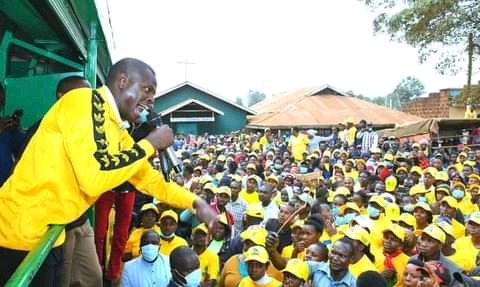 It's remembered that the Jubilee party Candidate is facing a steep competition from his close rival from UDA Party, Hon John Nguguna Wa Wanjiku. However, the jubilee brigades exuded confidence that their Candidate shall emerge victorious at the end. 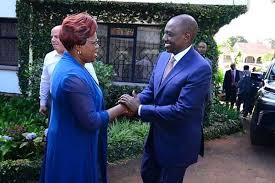 Notably, the UDA Party has muchly associated with the Deputy President Dr. William Samoei Ruto. His close allies the likes of Kimani Ngunjiri, Susan Kihika, Ndindi Nyoro, Rigathi Gachagua and many others have been popularising the party at the grassroots levels. In many occasions, DP Ruto stated categorically that he may use the party in 2022 if the ruling Party fails to give him presidential ticket. 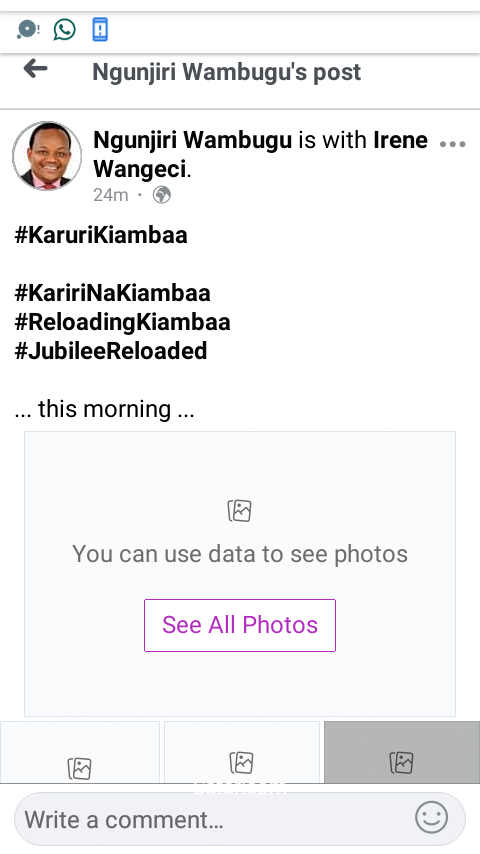 His post attracted several comments from kenyans, Majority of them praised for supporting Kariri Njama. Others told him that Kiambaa is UDA Party candidate Hon John Nguguna Wa Wanjiku. 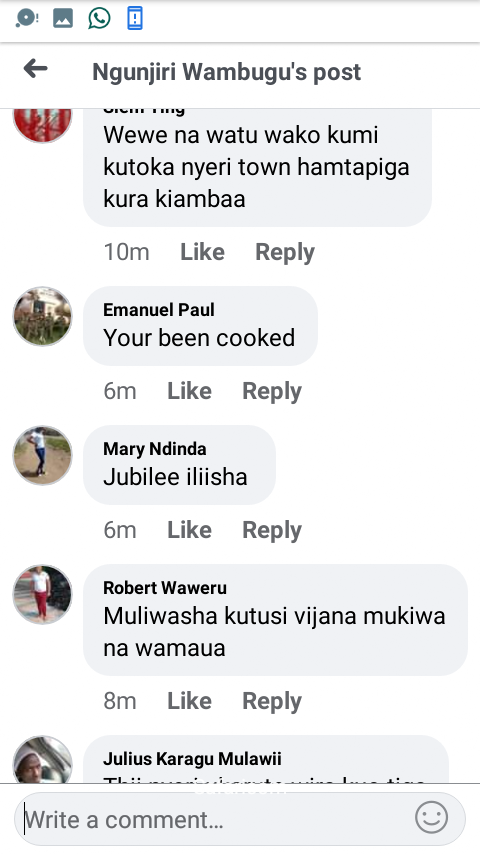 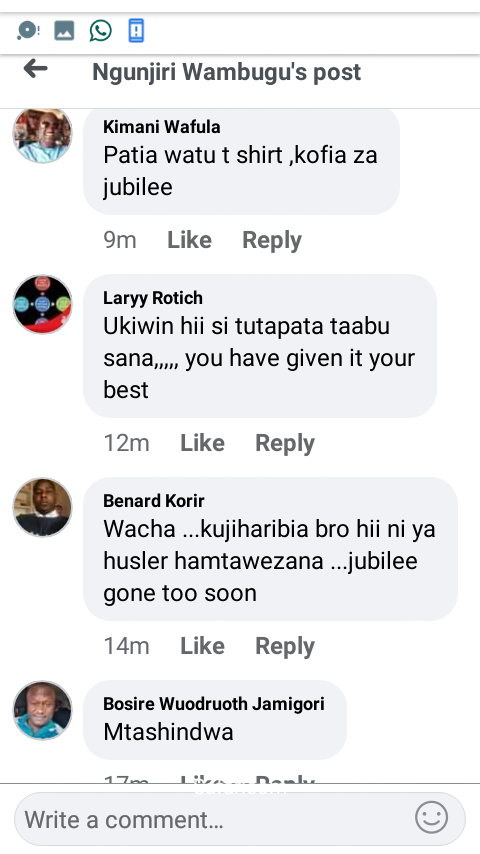 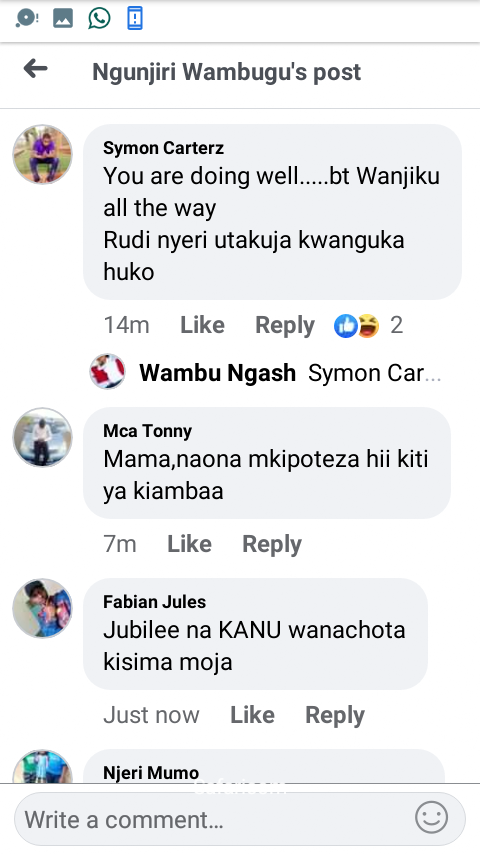 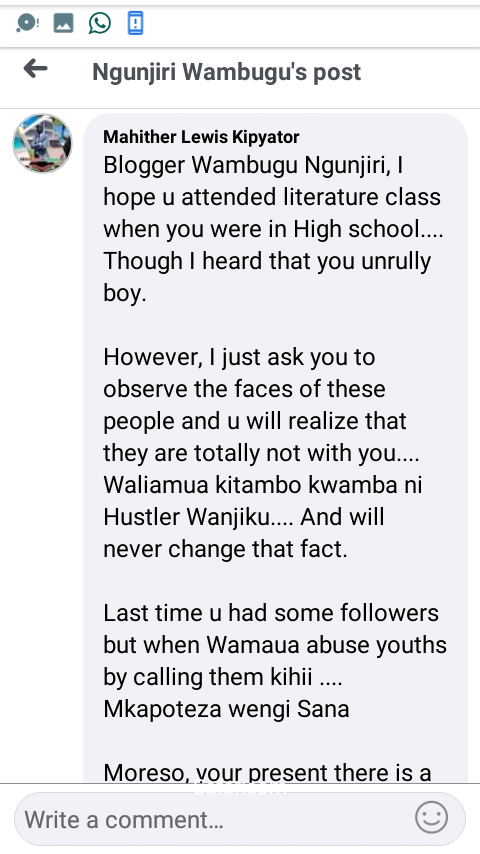 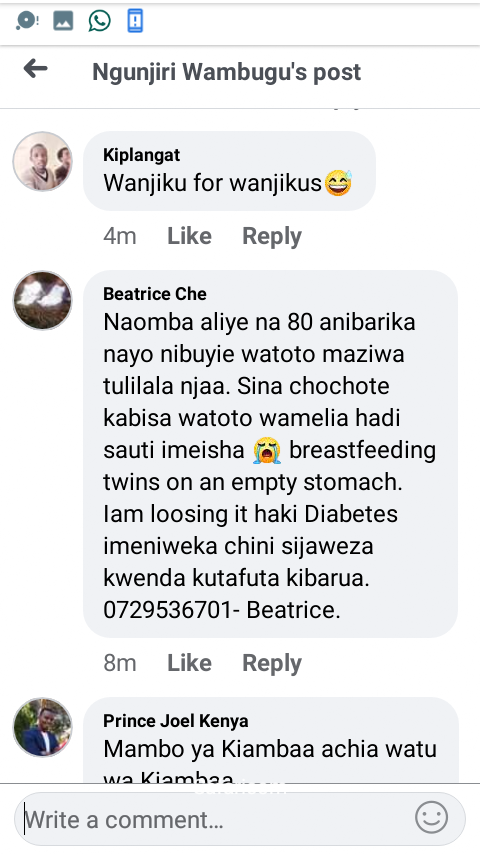