2 Individuals Arrested as They Plan for Sonko Escape in Kamiti 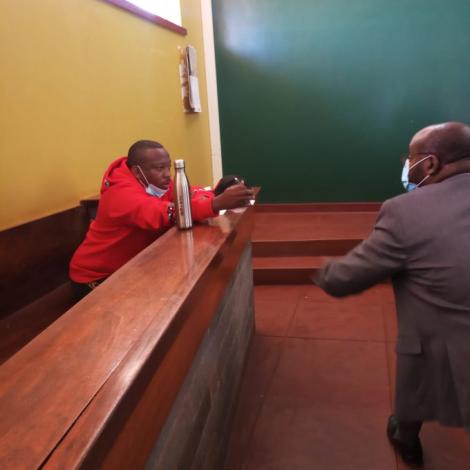 On Friday, February 5, two associates of former Nairobi Governor Mike Mbuvi Sonko, Clifford Ochieng Ouko, and Benjamin Onyango Odhiambo were arraigned at the Kahawa law court for reportedly attempting to storm Kamiti Maximum Prison in order to rescue him. The court found that the two were held in possession of military-like uniforms that they wore in public. The Anti-Terrorism Police Unit (ATPU) investigation officer told the court that the dress was linked to the one used by a militant organization. 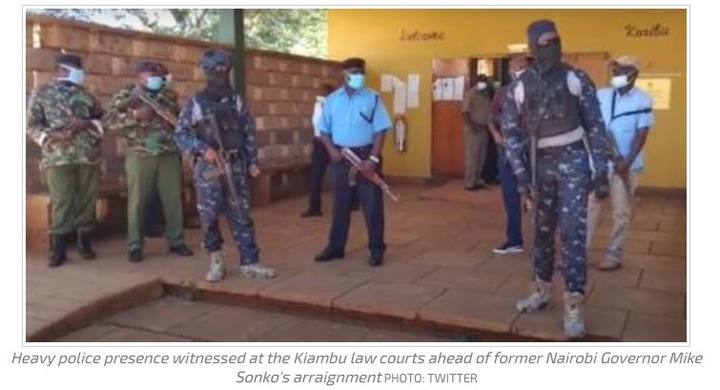 He added that he had obtained intelligence that the two had funded actions involving terrorism. Since then, a search has been carried out at their homes in Buruburu and Komarock and a variety of items have been recovered, including military attire, cell phones, DVDs, Sim Cards, and a laptop. In order to get more information about the perpetrators, the police now want to perform a forensic report. The officer said that the criminals were a national security threat and tried to arrest the pair for a further 30 days. The former governor is facing accusations of terrorism and is at Kamiti Maximum Prison at the time. In order to facilitate inquiries into suspected funding of terrorist activity and the arming of a paramilitary group, the ATPU is trying to have him in detention for 30 days. He is now facing theft in Buru Buru with abuse and assault charges arising from 2019 offenses that he dismissed. A ruling will be made on Tuesday, February 9, for the 30-day extension requested by the ATPU.