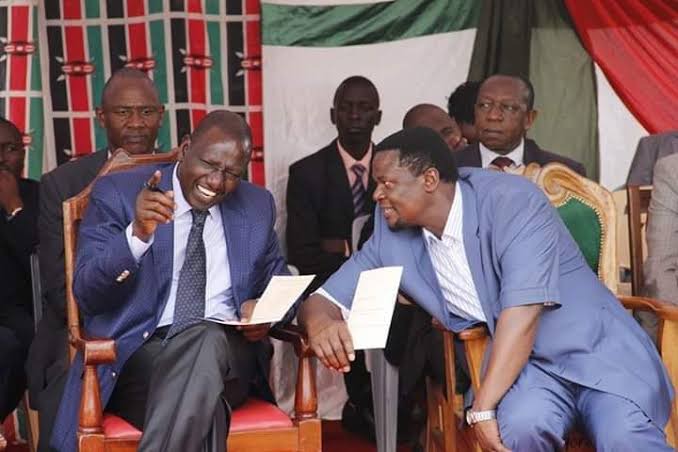 A file photo of DP William Ruto with Sirisia Constituency Member of Parliament Honourable John Walukhe at a past event.

It has emerged that two of deputy president William Ruto's allies have been misusing official titles that are only granted by the Kenyan Military officials.

According to details, the two who are currently serving as Members of Parliament have given themselves the titles against the law and hence could face arrest soon.

They have been accused of masquerading as members of the Kenya Military service yet they have been dismissed a long time ago over indiscipline and hence should not lie to the public. 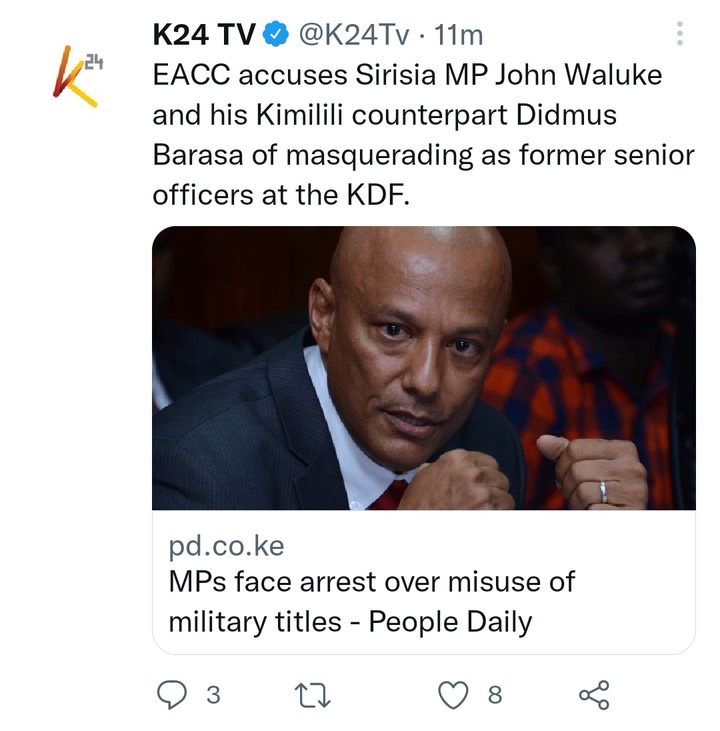 The Ethics and Anti-Corruption Commission (EACC) accuses the two MPs, Sirisia’s John Waluke and his Kimilili counterpart Didmus Barasa of masquerading as former senior officers at the KDF.

EACC has now written to the National Assembly, warning Waluke and Barasa against “misuse and misinterpreting of military titles” through the continued use of the titles of Major (rtd) and Captain respectively.

It has already been disclosed that Didmus Barasa has faced some disciplinary actions for having tried to lie that he had served in the army for six years yet that was not the true record in the military.