By Beyondgossip (self media writer) | 10 days ago

As per the reports Mastern Wanjala who is being held in account of killing 13 children has escaped from the Jogoo police station .

The circumstances under which he managed to escape from the highly protected police station are unclear .

Mastern Wanjala the prime suspect in the children murder was arrested in July after allegedly confessed to kill at least 10 kids kidnapped in various estates in Nairobi .

On July the homicide detective from the DCI headquarters found four murder scenes in Bungoma county , which were led by self confessed serial murderer Mastern Wanjala where four dead bodies were found .

This brought the total number of kids killed by Wanjala a 20 year old who pretended to be a couch to attract and kidnap the kids to 13 .

According to the government pathologist who did the postmortem on children bodies whom Mastern had claimed to have killed, the autopsy results shows exactly what Mastern had confessed that he strangled then butchered them . 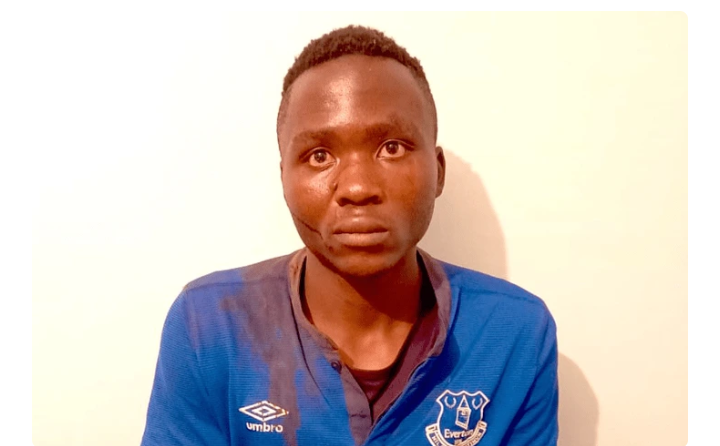 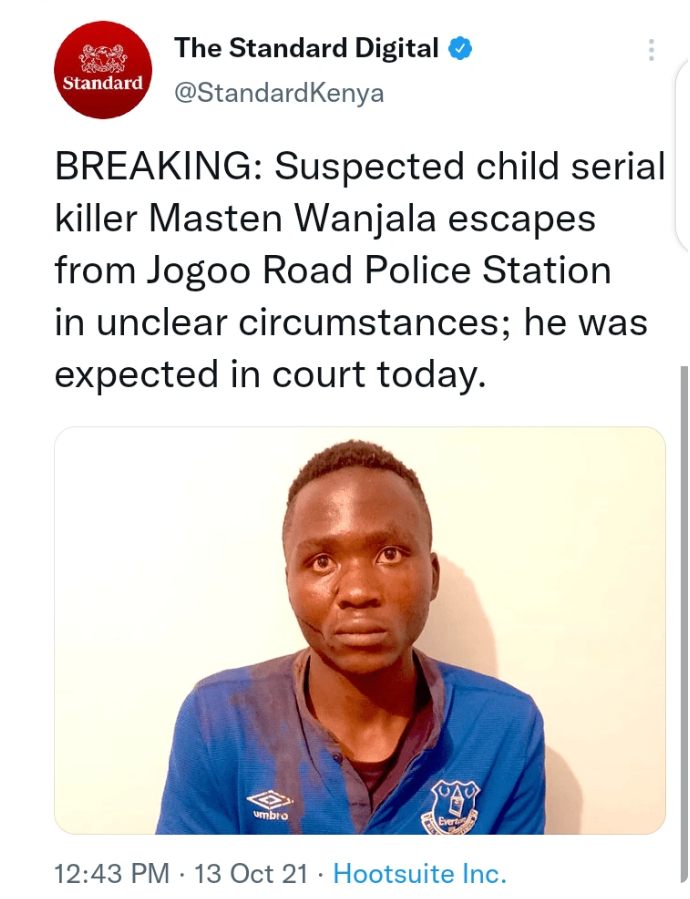 Content created and supplied by: Beyondgossip (via Opera News )