By Nziokamuthin (self media writer) | 2 months ago 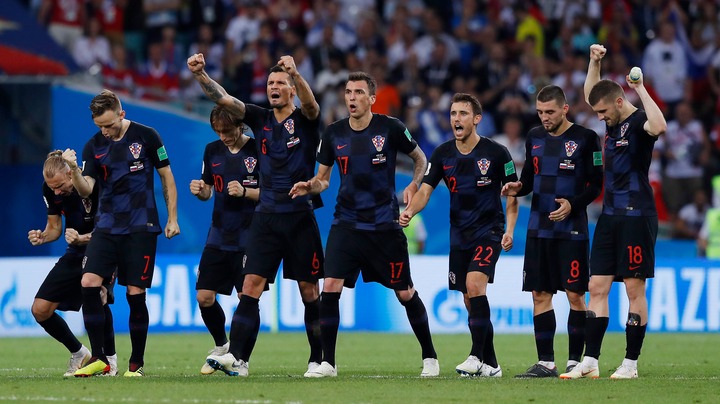 France’s defence of their Nations League crown is hanging by a thread after a 1-0 defeat to Croatia in Paris. Luka Modrić’s early penalty proved the difference, earning Croatia a first-ever win over Les Bleus in this re-run of the 2018 World Cup final.

Coach Didier Deschamps made eight changes from the France side that drew 1-1 against Austria last time out, with Karim Benzema and Kylian Mbappé restored to the starting line-up. They were merely spectators though, as Croatia won a penalty after just three minutes, with Ibrahima Konaté penalised for tripping Ante Budimir. Modrić was on spot-kick duty, and he duly handed the visitors the lead, although Mike Maignan got his fingertips to it.

France rallied immediately as Mbappé had a long-range shot saved, but they were left frustrated as a string of refereeing decisions went against them. That quelled any momentum, and Les Bleus created just two real chances before the break, with Christopher Nkunku seeing one fizzing effort go wide and LucasDigne having a shot deflected into the side netting.

The hosts made a much better start to the second half, with substitute Aurélien Tchouaméni denied by Ivica Ivušić, who then made a superb stop from Benzema, tipping a 25-yard drive around the post. The goalkeeper then blocked Mbappé’s tame shot with his legs, before Digne went down in the box under pressure from Lovro Majer, only to see his fierce penalty appeal turned down. Majer then saw a powerful drive pushed away at the other end as Croatia made a rare venture forward, while Nikola Vlašić was also denied by Maignan.

Despite this, Croatia still spent the dying moments mainly camped inside their own half. Yet, they clung on to their lead and survived a last-gasp missed header from Konaté, and left France bottom of Nations League Group A1 with just two points from four games. Meanwhile, Croatia’s chances of reaching the knockout stages are boosted further still, as they sit in second and just two points behind leaders Denmark.

Elsewhere, Jonas Wind was on target at the Parken Stadium as Denmark comfortably beat Austria, restricting Ralf Rangnick to one win in his first four matches as Austria boss. The Red and Whites also prevailed in the return fixture last week, leaving Kasper Hjulmand’s side top of their Nations League group after a fifth consecutive victory over Das Team.

Denmark’s opener came as a long ball evaded defenders before finding Joakim Mæhle, and his cutback was neatly dispatched by Wind. The hosts’ lead was doubled before the interval as Cornelius once again made the ball stick, kick-starting a clinical move that was finished unerringly by Andreas Skov Olsen.