By miharbi (self media writer) | 14 days ago 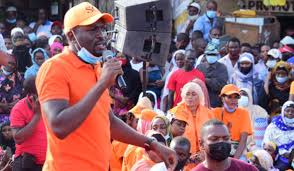 "Baba, young people have told me to ask you to lower the prices of alcohol. - @edwinsifuna." Tweeted by kenyans.co.ke 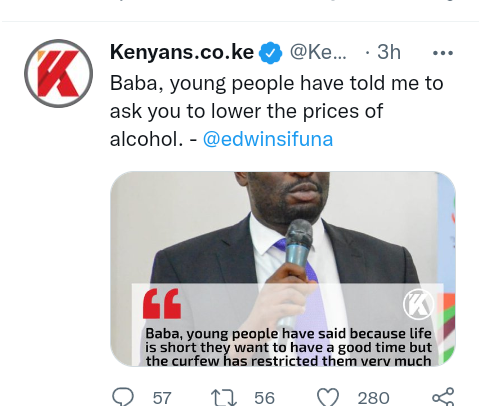